Check out the range of new acts that are joining this years Jersey Live festival. 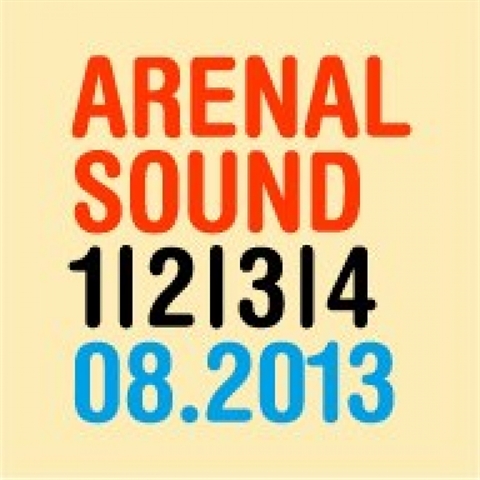 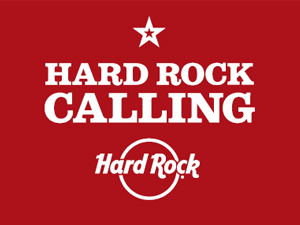 Paul Weller, Miles Kane, Kodaline, The Black Crowes, Alabama Shakes, The Cribs, Klaxons and Tribes are all confirmed in what is set to be one of the biggest Hard Rock Callings to date. Tickets are on sale at 9am on Friday 8 March 2013.

Kicking off what will be the first show at Queen Elizabeth Olympic Park, London since the London 2012 Games, one of Britain’s biggest and most contemporary bands Kasabian are announced in a UK festival exclusive, making their debut appearance at Hard Rock Calling on Saturday 29 June. The multi-million selling BRIT award-winning band are ready to get crowds rocking with hits including ‘Processed Beats’, ‘Club Foot’, ‘L.S.F’, ‘Empire’, ‘Shoot The Runner’, ‘Fire’, ‘Underdog’, ‘Days Are Forgotten and festival favourite ‘Velociraptor’ spanning their four studio albums.

Bruce Springsteen & The E Street Band are confirmed for Sunday 30 June in what marks a third epic headline performance at the festival. Back for some unfinished business, Bruce Springsteen & The E Street Band will bring The Wrecking Ball Tour to Hard Rock Calling. Expect a high energy all out rock performance that goes down in history with some of their biggest and most loved hits plus a few surprises and special guests. 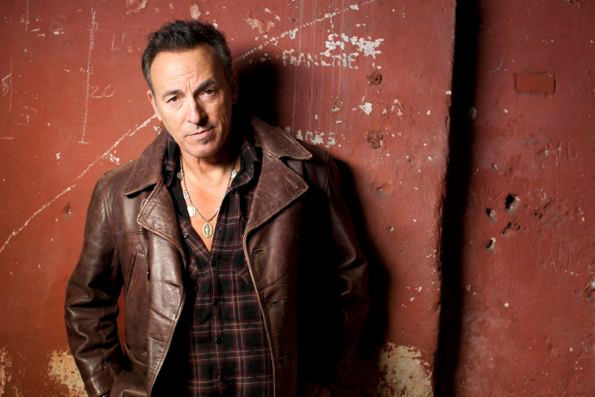 Modfather Paul Weller joins Kasabian as special guest on Saturday 29 June, while US rockers the The Black Crowes and Alabama Shakes both join the Sunday 30 June bill. Some of the best of British indie, Miles Kane, Kodaline, The Cribs, Klaxons and Tribes are all confirmed for Saturday 29 June, with many more additions still to be announced across the weekend.

“Last year, Bruce Springsteen & The E Street Band made international news and history when their Hard Rock Calling encore with Sir Paul McCartney was unceremoniously cut short due to a noise curfew at Hyde Park. This summer we are giving Bruce and the band the opportunity to finish what they started and make history again with celebrated performance at Hard Rock Calling,” said CEO of Hard Rock International, Hamish Dodds. “Additionally, we are looking forward to christening Queen Elizabeth Olympic Park with a Saturday lineup of some of Britain’s hottest talent, including headliner Kasabian, Paul Weller and more.”

Earlier this year it was announced that Hard Rock Calling will be held at a brand new home, Queen Elizabeth Olympic Park, London providing a dazzling open-air live music experience this summer. It offers a chance to experience the excitement of watching the best in popular music at one of London’s most iconic sites.

“Queen Elizabeth Olympic Park is proving to be a fantastic draw for big names and we are delighted to be adding legends like Bruce Springsteen and the E-Street Band and Kasabian to this summer’s line up. We are on track to deliver a great summer, a top visitor destination and a great legacy for east London.”

My Bloody Valentine will return to the city in which they recorded their debut EP, This Is Your Bloody Valentine, in 1985 for a very special show at Tempelhof. After a break of over 20 years, the directional Irish band fronted by mastermind Kevin Shields, released their third studio album, mbv, in February of this year. With the album receiving wide acclaim from critics and fans alike, their spectacular live show is sure to delight the Berlin Festival crowd. 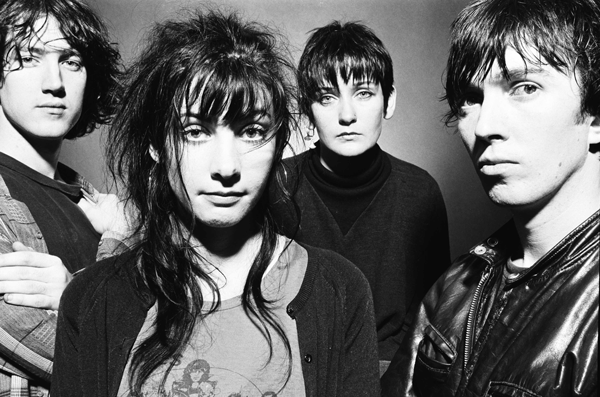 British indie-rockers Klaxons are also set to perform at this years Berlin Festival. The nu-rave initiators, who first burst on to the scene in 2007 with their Mercury award winning album Myths of the Near Future, are now back with a brand new album to be released later this year.

After having sold out the Berlin-based Columbiahalle well in advance, fans of Fritz Kalkbrenner will get another chance to see him on stage at Berlin Festival. Mia. and Dillon will both play their only Berlin show this year at Tempelhof Airport and UK band Savages, one of the most promising acts of 2013, will make their Berlin Festival debut.

The newly introduced Club THF at Hangar 2 will cater to all the techno lovers amongst you. The first acts to be added to the event's line-up are techno icon Ellen Allien and the mighty John Talabot (live) setting the tone.

The All-inclusive Festival Ticket, which gives festivalgoers access to Berlin Festival at Tempelhof Airport, Club Xberg at Arena and Club THF at Hangar 2 is available for EUR 129 plus booking fee. A free shuttle bus service from and to the venues is also included.

For its upcoming 19th year, the organisers of Rock for People promised a combination of proven names and new talents. The festival will take place from 2nd to the 5th of July at the Festivalpark in Hradec Kralove. The first part of this promise is fully affirmed by four names of the first confirmed bands. These are names which are very well known by the Czech audience, and bands which belong at one of the biggest hotspots this year's festival season. "Look at these bands, each one a is representing different genre, every one a different story. The choices demonstrate our commitment to artistic diversity with a common denominator – quality and energy. And it is also important that these bands are coming out with new records." says Michal Thomes, director of Rock for People about this first lucky cloverleaf.

With their a new album almost complete, we are delighted to announce California's QUEENS OF THE STONE AGE – a gathering of top musicians surrounding Josh Homme; a band that reigns in their kingdom of hard riffs, psychedelia and dark poetry. A new studio album is planned for 2013 and acoording to the media it is one of the ten most anticipated albums this year. QOTSA's music ranges from heavy metal and hard rock, through psychedelia, to alternative rock or even art rock. Mix this up with some of the famous guests on the new album: Dave Grohl, Trent Reznor, Jake Shears, Mark Lanegan and Nick Oliveri, and you can see why we are so excited. The impatience of waiting for the first slice of the new QOTSA cake (and a riff at Rock for People) is also caused by the avalanche of rumours spreading about one of the best live performances currently on the circuit.

Euphoria, dance and literally electrified!! This is what to look forward to for those who can't wait to see Parov Stelar Band. No need to introduce this project of DJ Marcus Füreder aka Parov Stelar and his 21st century electrified swing. Every concert, including the last one in Prague's Lucerna Bar, is hopelessly sold out. Therefore, and rightly so, Parov Stelar are at the forefront of music from the swing era. This enlarged group will bring its biggest hits to Hradec Kralove, in a show which will please the dancers amongst us, regardless of age or musical taste.

Americans PAPA ROACH will be popular with the part of the Rock for People audience who lean towards harder genres – rap metal, nu metal or hard rock. Even after twenty years on the scene, these Californian legends, led by frontman Jacoby Shaddix have energy to spare. It's not only demonstrated by their latest album, The Connection, but also by dozens of sold-out performances. They will bring their new tracks to Hradec Kralove and introduce them alongside the best of their back catalogue.

Evil tongues would say that the British group, Klaxons, gained mass favour because it created its own genre – new rave. Spontaneous shows, success at the biggest festivals, a number of highly respected and indeed, successful recordings in 'Myths of the Near Future' and 'Surfing the Void' show that this self-marketing is not so true. Klaxons are big stars among indie rockers or fans of electronic music. Their popularity will continue to grow with every step, as this year the band will release a new album for its many adoring fans.

Having recently confirmed RADIOHEAD as the first headliner of the 2012 event, Bilbao BBK Live establishes itself as one of the major festivals of the European festival circuit, attracting the biggest names in music. Previous editions of the event have included headliners such as Coldplay, Pearl Jam, Depeche Mode, Jane’s Addiction, RHCP and Suede.

Three Day Early Bird tickets to the festival, which include camping, are available for just £73 until the 24th of January on See Tickets, Ticketweb and Lastminute.com.

More acts will be announced very soon, so stay tuned to our website

Bilbao BBK Live festival is held on top of a hill surrounded by mountains offering spectacular views over the city of Bilbao. The privileged location of the site, its proximity to the city and beach; and a late start of bands, allow festival goers to make the most of the experience. Bilbao, a modern city famous for its architecture, museums and gastronomy is just a stone’s throw away from the beach and some of the best waves in Europe.

This is above all a fuss free festival; with an uncomplicated layout, easy access from the city and airport, Bilbao BBK Live has proven to be a huge success with national and international festival goers. The two main stages and band’s schedule, guarantees that acts never overlap, so you get everything you have paid for and much more!