Despite a day of heavy downpours over a now very boggy Donington Park (yes yes, we’ve heard the monikers… Drownload… Downpour Festival…), thousands of expectant faces are turned towards the main stage for tonight’s headliner – German heavy metal powerhouse, Rammstein. There’s nothing quite like a side of S&M or pyrotechnics alongside learning how to count to vier whilst headbanging, and Rammstein promise a whole lot more than just their stage show.

As a cinematic countdown begins, video screens send a message “Enjoy the show, please do not be preoccupied with recording it” and instantly Go-Pro’s are thrust into the air on ridiculous, view-ruining monopods. I mean come on, what the hell are you actually going to do with that footage man?

Regardless of the moronathon, Rammstein smash their way onstage as only they can – with giant showoff billowing clouds of pink smoke, which when combined with the ongoing drizzle turns quickly into a spatter of blood on anyone wearing lighter than black outfits. First up new song Ramm 4 sees giant firework laden platforms lowering guitarists Kruspe and Landers onto the stage and the always enigmatic frontman Till Lindemann emerges in a childcatcher-esque outfit and his patent white painted face. 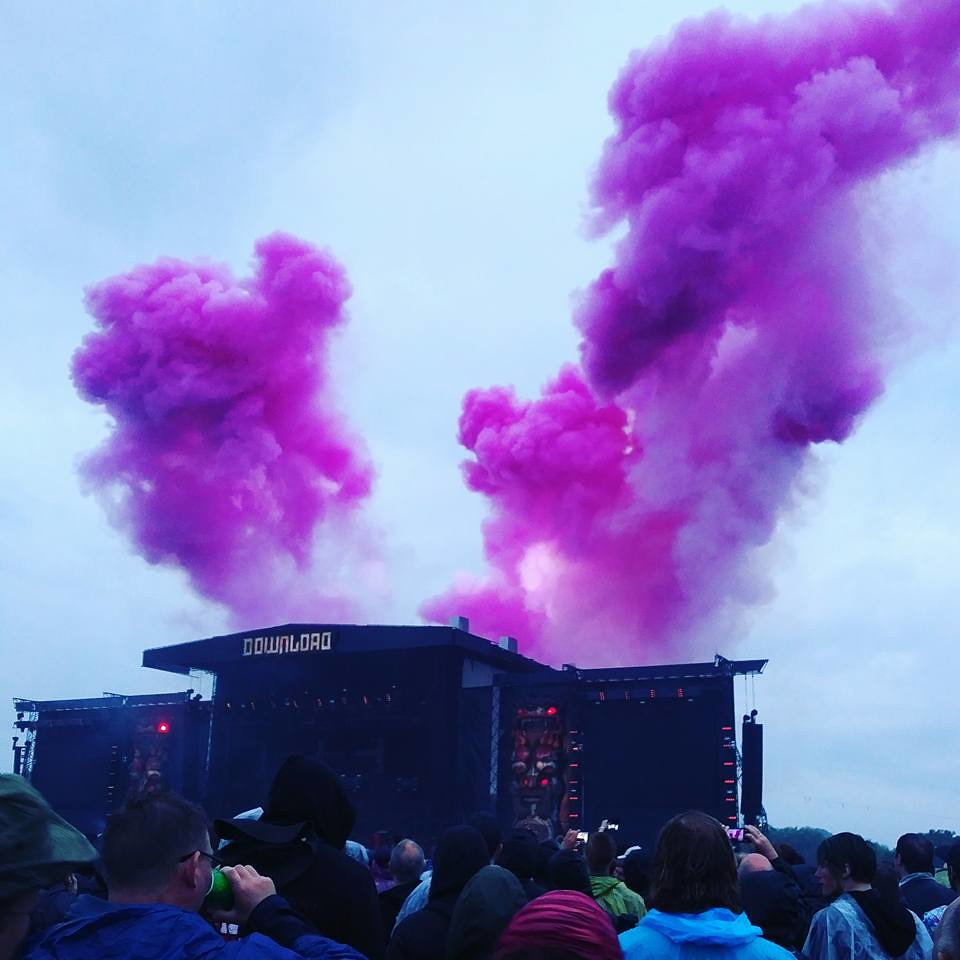 The stage look for Rammstein has always been industrial but this time steps over into the cyborg realm with giant stage-high light bars which respond to the band’s instruments. Reise, Reise is absolutely gut churningly heavy, and Till sports a very fetching duffel coat over his flash-bang adorned waistcoat which explodes, quite obviously right in his face. How this band have not sustained more serious pyrotechnic related injuries I’ll never know.

The electronic intro bleeps for Feuer Frei raise an enormouse guttural roar from the crowd, and there is no shortage of actual fire alongside the music, their signature flamethrowing face cages are everything Batman’s Bane wishes he was. Keyboardist/freak on a leash Lorenz is hastily shoved into a box after being dragged around the floor, emerging later in an extremely spangly sequined suit to walk off his horrors on a treadmill whilst Till wields a giant flaming arc that sort of looks like a crossbow. You really couldn’t make it up. A crackly speaker on the right side of the stage threatens to dull Mein Hertz Brennt but as Till’s heart (flare) lights up, every single person in the arena is singing their lungs raw. Following up with Links 2, 3, 4 this is shaping up to be a stellar performance from Rammstein.

Guitar flamethrowers, fireballs erupting from the sound tent in the middle of the crowd and zip-wire fireworks streaking back and forth – every time you think you’ve seen it all, Rammstein amp it up a little more. Ich Will has everyone yelling back the required replies ‘Wir hören dich’ and so on, Du Hast is heavier than a heavy thing and Depeche Mode cover Stripped just couldn’t sound more seedy than in a German accent.

For the Encore, we are treated to the completely epic Sonne followed by an acoustic Ohne Dich but it’s Till’s ascension into angel-dom that is the real icing on this weird and wonderful cake. Giant metal wings loaded with white sparking fireworks lift Till into the air above the stage floor for Engel and it is motherlovin’ glorious. Leaving us with a brief “Thank you. Danke schoen, you’re amazing” the stage erupts in a backdrop of massive rocket fireworks and the arena is engulfed in smoke. There’s nothing more to say except that Rammstein are arguably one of the best metal acts of our time and here’s hoping they don’t leave it too long before returning with even more incredible shows. 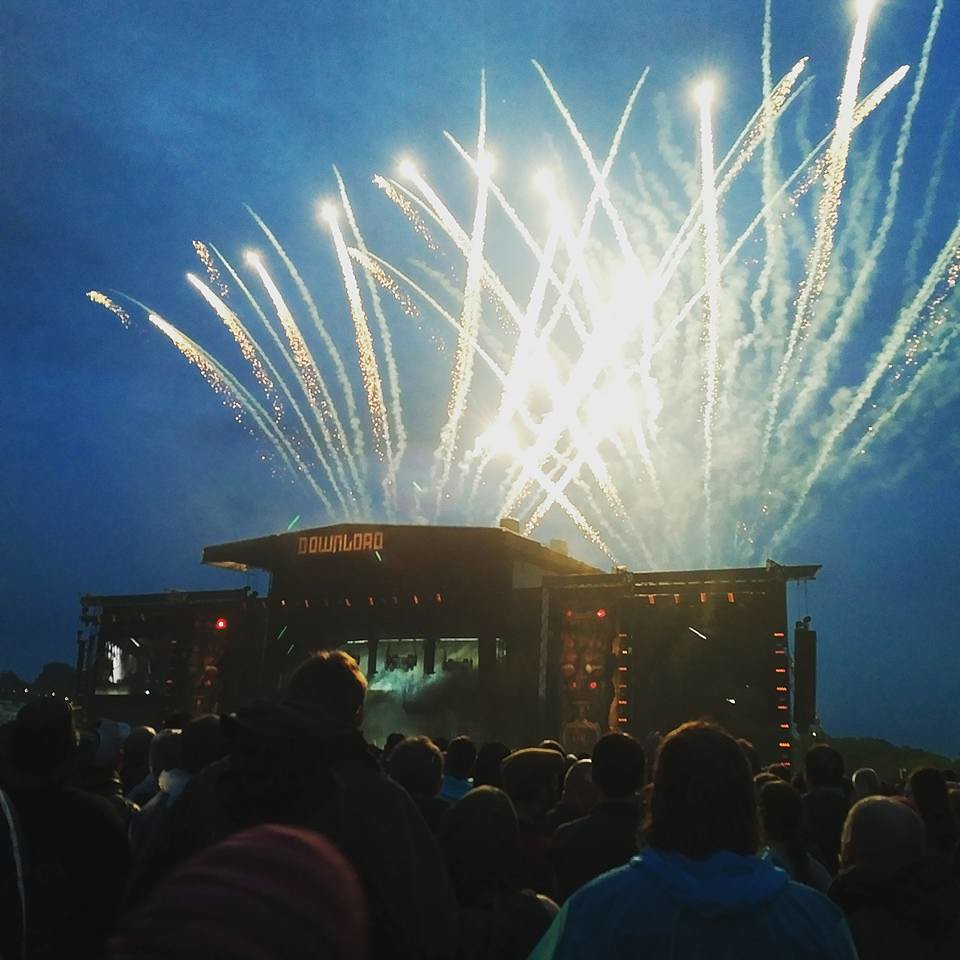