Continuing with its unique program of time-honored arts this year's line-up includes some of the most respected visionaries in music, food, theatre and the literary arts. The festival has also been extended to four days and will now open on the Thursday.

As ever, the music line-up makes up just one part of the festival offering. The flagship long-table banquets return with three talismanic chefs at the helm.  One of the most influential names on the London food circuit, Russell Norman, will be the grand host of an exquisite banquet with his team from Polpo. Get ready for mouth watering food in an awe inspiring setting, with some surprises thrown in for good measure, as Russell and the Polpo team treat you to a foodie experience like no other.

Following the sell-out success of last year's banquets, Yotam Ottolenghi, is returning to Wilderness for another headline sitting and last but by no means least; the third chef to join this mouthwatering line-up is legendary restaurateur Mark Hix. Celebrated for his British style and seasonal dishes, Cornbury park will be the perfect backdrop for Hix's sumptuous courses.

Back by popular demand, Exmouth Market's famous Moro will once again be cooking up a delicious storm in their Souk dining tent.  Thyme Cookery School also return to the festival, giving budding chefs the chance to whip up some delights in theiron-site kitchen, plus they'll be hosting a series of talks and tastings across the weekend.

The festival arts offering will be expanding to include breathtaking performances from some of France's most prolific circus and theatre collectives, Transe Express and LesPepones will all be venturing into the wild. Expect stunning, high energy animatronics and death defying trapeze and circus performances, in what promises to be an unforgettable, immersive theatre experience.

Shakespeare's Globe, Petersham Playhouse and opera from Vingette Productions, will also be treating festival-goers to some very unique performances against the beautiful back drop of Cornbury Park.

The Lakeside Spa was 2012's most sought after ticket and will be bigger and brighter than ever this year, with stunning wood fired saunas and hot tubs along with the Sanctuary well-being area.

You can also expand your mind at the Wilderness Forum supported by The Huffington Post UK, which this year includes a programme of cerebral discussions with The School of Life, The Royal Observatory, Intelligence Squared and The Idler.
The much lauded late-night parties are also returning and will see festival heavyweights Secret Garden Party and party purveyors Rumpus, taking over the Secret Valley when the sun goes down.

The family offering will be expanding to include a whole host of workshops and performances, including The House of Fairy Tales, Unicorn Theatre, Charles Dickens Museum, Witchwood School of Rock and Hullabalo Arts. 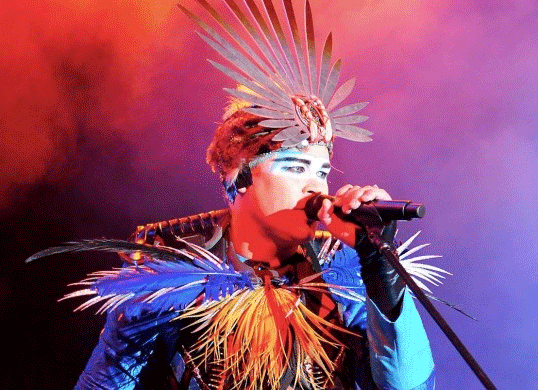 Late Night Revelry from the producers of Secret Garden Party
The Secret Valley hosted by Rumpus
The Bacchanalian Masked Ball with performances from
The Artful Badger, Feast Of Fools and Miss Behave

Evolution Festival returns to the North East on the Diamond Jubilee Bank Holiday weekend with a stellar line up of the most influential and exciting names in popular music.  Evolution attracts 28,000 people per day to the Quayside, delivering an outstanding bill of contemporary live acts and dj’s at an unbeatable price.  And the 2012 line up is the best one yet!

2012 is the ‘Return Of The Rascal” headlining the main stage on Sunday is the irrepressible Dizzee Rascal.  The ultimate showman whose pop sensibilities seamlessly fuse Grime, House and Hip-hop Dizzee Rascal ensures rapturous responses from audience and arrives with a sack load of number 1 hits including Dance Wiv Me, Bonkers, Holiday and Dirtee Disco.

Not the first dead rodent to be found on the Quayside but certainly the biggest, famed for his notorious live shows, the mighty Deadmau5 brings the biggest production ever to Evolution with his jaw dropping audio visual spectacular. His set up will no doubt light up the Quayside for a perfect finale to the weekend. With an epic mix of EDM Deadmau5 is a genuine global star and this is his only North of England show this year.

The North East’s favourite sons Maximo Park will grace the stage as very special guests in support of Dizzee. Having blazed a trail around the Globe representing all that is good and infectious about the North East we are stoked to have them at Evolution and with the band currently ensconced in the Studio working on their new album we look forward to giving the boys a HUGE hometown welcome as they hit the stage for one of their legendary, incendiary live shows.

Noah & The Whale delivered the hugely critically and commercially successful ‘Last Night On Earth’ album last year and are undoubtedly one of the best live bands in the country as their recent sell out UK tour demonstrated. Variously described as anti-folk, nu-folk and folk-pop (a confusing multitude of pigeonholes) alongside like-minded souls such as Laura Marling and Emmy the Great. Both of whom were part-time members of the band at various points.

Rizzle Kicks have been the undisputed breakout act of the past 6 months seemingly coming from nowhere to top radio playlist and the charts and injecting some fun into proceedings wherever they perform.  Rizzle Kicks are destined for superstardom in 2012 and their set will be one of the feel good moments of the festival.

Whilst touring with the Arctic Monkeys with The Rascals, Miles Kane developed

a strong friendship with front man Alex Turner. They shared a love of the same musical influences, such as Nick Cave. The pair began to play together backstage, and soon began writing new tracks. They realized that there was a future in their songwriting partnership, and the Last Shadow Puppets were born. Since his work with Turner Kane has shone with his solo material and his debut album has won millions of plaudits.

With artist such as Devlin, Benjamin Francis Letfwich, Band Of Skulls, Spector and Jessie Ware amongst other confirmations on the main stage, Evolution 2012’s line up takes on monstrous proportions.

The Ballast Hills this year will be home of some of the most pioneering electronic music and all tastes are catered for with a truly amazing and eclectic bill across both days.  DJ sets from DJ Fresh, SBTRKT, Jack Beats, Toddla T, Maya Jane Coles and a live set from Totally Enormous Extinct Dinosaurs are certain to have the Evolution crowd partying into the night.

Evolution promoter Jim Mawdsley comments ‘We are very proud to bring such a strong and progressive line up to NewcastleGateshead for this years Evolution Festival. We look forward to partying with you all in June’.

Evolution festival continues to bring the best artists to the North East to perform in front of the UK’s most rapturous festival audience.  At £25 for a day ticket or £35 for the weekend, Evolution continues its tradition of providing an amazing show for an unbeatable price.

Whilst the outdoor Bank Holiday Weekend extravaganza is the pinnacle of the Evolution programme we still have much more to announce – including the Evolution Emerging programme, Music Futures and the Jumpin Hot Club programme of shows that will be wrapped around Gateshead venues.

Crowning the festival’s main stage on Saturday and Sunday respectively, these two artists lead the first line-up announcement for Parklife’s third annual party. The finest pop, indie, electronic and crossover sounds are represented throughout the bill, as much-loved familiar names join many fresh faces tipped for the top in 2012’s ‘Ones to Watch’ lists. Everything is poised for a fantastic year that could very well be Parklife’s third and ‘hat trick’ sell out.

Headliners across the festival’s other arenas include dubstep chart toppers Nero, Parisian duo Justice – Live, Mixmag’s ‘Breakthrough DJ of The Year 2011’ Maya Jane-Coles and raucous electronic Canadians Crystal Castles. The Parklife Weekender also welcomes a number of clubland’s most respected labels with Crosstown Rebels and Hospital Records sending a number of their roster to Platt Fields Park. Also pitching up for the weekend are some of the UK’s hottest promoters with Metropolis and Chibuku invited to host their own arenas.

Elsewhere the festival’s performers come from the cream of the recent music crop. The newest additions to major radio playlists, magazine cool lists and blogger best of lists, namely Totally Enormous Extinct Dinosaurs, Azealia Banks, Django Django and Ghost Poet are all part of Parklife’s stand out line-up for this year.

Over 100 artists perform across two days on 7 arenas for only £64.50 making The Parklife Weekender what could be the best value festival on offer this year*.

2012 may only Parklife’s third year but already the festival is a huge draw, tickets to both 2010 and 2011’s events sold out at least eight weeks in advance. To avoid disappointment promoters strongly advise fans to act fast and ensure their place at the start to Manchester’s summer.

LINE UP AS CONFIRMED SO FAR: