Download Festival, the world’s premier rock and metal event, adds another 14 acts to an already huge bill, including All Time Low, The Temperance Movement, The Wildhearts, and Napalm Death. Download Festival takes place on 10-12 June 2016 in Donington Park. Tickets are on sale now.

Joining headliners Rammstein, Black Sabbath and Iron Maiden for three days of unmissable rock are All Time Low. With over 1.1 million sales and more than 100 million Youtube views, the US pop-punk rockers are riding high after the last album, Future Hearts topped the UK charts at the end of 2015.

Returning to their Midlands roots are British grindcore pioneers Napalm Death. Since forming in 1981, Napalm Death have gone on to influence a legion of hardcore fans and musicians alike, they’ll be joined by Geordie punk rockers The Wildhearts whose original member Ginger will be returning to the line up after various solo projects.

Californian skate punk legends, Pennywise, will play Download Festival for the first time in over 10 years, headlining the third stage on Saturday. Their speedy and infectiously catchy punk anthems will ensure everyone knows why they are still one of the most relevant forces in punk today.

Bringing some powerful blues-rock to the festival’s Lemmy Stage, will be critically acclaimed The Temperance Movement, whose recent UK tour was lauded as one of the highlights of rock already this year. Currently one of the rock community’s most revered underground bands Glassjaw, will be making their debut Download appearance in June. The post-punk innovators have recently debuted six brand new songs and will be bringing their unmissable east coast underground sound to Download.

Texan hard-rockers Scorpion Child will be joining the line-up to showcase their 1970s Krautrock and Psychedelia inspired metal sound as will Scandinavian garage-rock band Royal Republic. Making their Download debuts are trans-Atlantic blues, rock and soul quartet Buck & Evans. Joining them and tipping their hat to the likes of Mastodon and Avenged Sevenfold are Scattering Ashes and psych-rockers Weirds who will be bringing their trademark energetic and eclectic show to Download.

Metalcore supergroup, Devil You Know, brings together John Sankey, Francesco Artusato, Howard Jones and Logan Mader to create a blinding sound. Their latest album Stay of Execution was released at the end of last year, ready to be executed to the Download crowd this summer.

UK’s own The Raven Age will be joining the line up fresh off the back of supporting Download’s own headliners Iron Maiden on their 2016 world tour as will The Shrine who’ll be bringing their LA skater vibes to Donington.

Download Festival is the home of rock music and takes place on the sacred grounds of Donington Park, which have been associated with rock since the eighties. The festival attracts icons of rock and metal to its main stage, plus some of the best and hottest new acts in the world. AC/DC, KISS, Metallica, Aerosmith, Guns N’ Roses, Rage Against The Machine, Slipknot, Linkin Park and many more have all headlined its main stage.

Exactly ten years to the date after its original release, Long Island hardcore innovators glassjaw will perform their landmark “Worship & Tribute” album in its entirety exclusively at SONISPHERE. Formed in 1993, glassjaw took their hardcore and punk influences and DIY attitude to create a genre defying sound entirely their own. 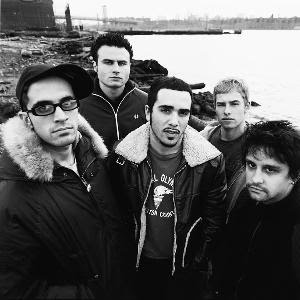 Over the years the band has brought their art to the public through undisclosed elaborate algorithms and sequential coding which up to now has baffled modern day mathematicians, scientists and fans alike. So, with releases such as 8/8, 9/9, 10/10, 11/11, 12/12, 01/01/11 and 07,07,07, one questions how, 10 years later, another significant sequential date of 8/7 could have been planned out with such accuracy. The Mayan calendar doesn’t have shit on these guys.

Now, glassjaw play the historic KNEBWORTH, a fitting site for this pioneering collective from Long Island, NY with a punk rock ethos and a desire to challenge the boundaries of guitar music.

Another ten year anniversary comes in the form of HUNDRED REASONS’ “Ideas Above Our Station”, which the Aldershot quintet will perform in full in BOHEMIA on the Friday. From the moment the band played their first show at London’s Kingston Peel, it was obvious HUNDRED REASONS were gong to make a name for themselves. Within months they were being offered high-profile support slots, plastered all over Kerrang! Magazine and generally creating a buzz wherever they went.

Earning a Top 10 (#6) chart position on its release in May 2002, “Ideas Above Our Station” is HUNDRED REASONS’ biggest selling album to date. Featuring chart topping singles including “If I Could”, Silver” and “Falter”, HUNDRED REASONS will see a packed out BOHEMIA relive a magical moment in music’s history.

“We are galactically excited to be playing Sonisphere Festival 2012. It's been way too long and we can't wait to get back to doing exactly what we do best. See you at the front."

BLACK STONE CHERRY makes their SONISPHERE debut on the APOLLO stage on the Friday. With last year’s “Between The Devil and the Deep Blue Sea” rapturously received by a rock loving public, crashing into number 1 in the UK Rock Charts, the rapidly rising Kentucky quartet shows no sign of slowing down as they kick off a SOLD OUT UK TOUR later this week.

“Now we can check off another goal on the ole BSC "wanna do it" list!” says guitarist Ben Wells. “We can't wait to make our debut at Sonisphere 2012!!”

With gargantuan riffs and even bigger hooks, songs like “Rain Wizard” and “Blind Man” to dish out, SONISPHERE is serving the hottest piece of the BLACK STONE CHERRY pie so far.

If there’s one man capable of getting 60,000 music fans to go loco it’s SKINDRED’s Benji Webbe. The charismatic frontman has led his raga-punk troupe since 1998, earning a reputation as one of the best live acts around today. With an instantly recognisable sound totally their own, their musical mix of metal, reggae, dance and punk is at it’s height, as they headline the sold-out JAGERMEISTER MUSIC tour next month. Says Benji:

Whether it’s a packed out club or a huge festival field the size of KNEBWORTH, one can be certain that everybody in sight will have no option but to let the music take over, and their set on SONISPHERE’s SATURN stage will be one of Saturday’s highlights.

Legendary post-punk heroes NEW MODEL ARMY join the SONISPHERE cast for a very special late night set on Friday night in BOHEMIA after headliners KISS wrap up the APOLLO stage. Forming in Bradford in 1980, NMA earned a highly dedicated and impassioned fanbase through their combination of angry punk, modern-day protest folk and anthemic political chanting, which included the likes of Brazilian metallers SEPULTURA who covered “The Hunt”. Their set in BOHEMIA will be highly anticipated, and serve to showcase the diversity and wide range of music on offer at SONISPHERE this summer.

Since their formation in 1993, ELECTRIC WIZARD’s name was a familiar one amongst metal underground, but in 2007 – perhaps after a pact with the devil himself – the Dorset four-piece have been riding a black wave of success off the back of their “Witchcult Today” album. 2010’s “Black Masses” has only seen that success continue, with the band poised to play their biggest headline show to date later this month at London’s Forum. Sludgey, heavy, the epitome of doom, let us pray that BOHEMIA’s structure can withstand the WIZARD’s down-tuned onslaught.

A bunch of men travelling around the world selling their wares, plundering booty and devouring rum – the natural merger of touring band and buccaneering pirates has long been inevitable, and leading that charge are Scotsmen ALESTORM. Having just completed a sell out tour of the UK, Describing themselves as “True Scottish Pirate Metal”, these swashbuckling scallywags combine elements of folk and power metal with nautical nastiness and are announced hot off the back of a sold out UK tour. Ideal festival fun, ALESTORM will shiver your timbers and blow you down when they open the SATURN stage on Saturday.

If one day dictionaries have audio examples of definitions replacing the current standard text format, one wouldn’t be surprised to hear CROWBAR’s “Broken Glass” under the “Heavy” entry. Led by Kirk Windstein – now also one of the leading forces in DOWN – these sludge metal pioneers were one of the first bands to show the world that being heavy is not just about playing fast, and in fact that the opposite is true. With heavy hitters like “”All I Had (I Gave)”, “Nothing” and “Planets Collide”, their exclusive festival appearance will test BOHEMIA’s structural integrity to its limits.

Norwegian black’n’rollers KVELERTAK return to SONISPHERE for a second time after their 2010 appearance in the wake of a massive buzz. That a six piece from Stavanger, Norway who sing about Norse mythology and Viking folklore solely in their native tongue, could become one of the hottest and most talked about acts of late is testament to just how awesome their music is, and their only UK show of 2012 on Sunday in BOHEMIA will be a triumphant return.

Alternative rock heroes SEETHER play their only UK festival on SONISPHERE’s SATURN stage on the Sunday. The South African post-grunge trio have enjoyed massive success in the States, making them one of SA’s biggest musical exports, with four out of six records earning gold status. Currently touring with multi-platinum rockers 3 DOORS DOWN, SEETHER are slowly but surely winning over fans on this side of the pond, and their exclusive festival appearance at SONISPHERE will show us why.

The first band to be announced for the RED BULL BEDROOM JAM stage is Kerrang! Introducing stars THE GETAWAY PLAN. "To be able to say that we are a part of the Sonisphere festival this year is an absolute honour.” Says frontman Matthew Wright. “This is going to be our first time to the UK and our first ever show outside of Australia. We're over the fucking moon!" The Aussie rockers make their UK debut at SONISPHERE on the Saturday, giving UK fans the first chance to see why Australian rock fans have ensured chart topping success for the alt-rock four piece.

One of the most innovative bands of our times, the Grammy nominated New Yorkers have often been cited as a key influence in the post-hardcore genre. After the release of their debut EP ‘Kiss Kiss Bang Bang’ in 1997, the first full length album ‘Everything You Ever Wanted To Know About Silence’ followed in 2000 and brought the band out of Long Island and into the hands of a dedicated grass roots following. After almost a decade of silence, the band released ‘Our Color Green (The Singles)’ on New Year’s Day and the five-track EP should serve as a reminder that Glassjaw are as essential as ever.

Glassjaw join previously announced headline acts Muse, My Chemical Romance, The Strokes and Pulp on this year’s line-up and will perform on the NME / Radio 1 Stage on Saturday 27th August in Reading, and Sunday 28th August in Leeds. With many more acts to be announced the Reading & Leeds Festival is shaping up to be the finest line-up you’ll find at any festival this summer.