Staying south for its second year, Found brings the daytime party alive with a spectacular line up. Arriving early has its benefits, stumbling across some up and coming talent is always a bonus.

Walking through the site I headed towards what can only be described as a secret garden, enclosed by trees was Feelings, a glitter ball decorated van. Playing disco and soulful house to an intimate audience was Daniel Wang, interacting with his crowd for most part of his set and ending with Sunshine After The Rain by Salsoul Orchestra, appropriately timed as the sun began to shine through the trees and lifted the spirit of the revellers.

As I moved across the site the crowds began to flood in, whilst the sounds of deep house waved through Brockwell Park. Theo Parish took to the renowned Secret Sundaze tent playing an array of nu disco with a mellowed out undertone. Whilst the main stage pulled in a decent crowd as Dyed Soundorom electrified the crowd with garage infused deep house shortly followed by British duo Paranoid London and their sleazy mix of up tempo acid house.

Dipping in and out of both the Find Me In The Dark and Friends Of Found, both tents were skewered for the techno fans, with the likes of Zenker Brothers, Yume Records, Flux Showcase, Kassem Mosse and Legowelt closing to a good turnout, however the atmosphere lacked soul in both these tents.

Heading back through the trees and consistently good throughout the day my favourite glitter ball van. Mood II Swing played soulful house including a live PA towards the end of the set, which got everyone in the mood for their finale seminal remix with Ultra Nate's Free, the track that launched them into popularity.

As the day progressed revellers made their way to main stage for the two favourites of the night Derrick May and his sound of balearic prepped the crowd for headlining act Keri Chandler who opened his set with Rain as the heavens opened on Brockwell Park.  Whilst over in the Secret Sundaze tent Secretsundaze played homage to Prince with I Want To Be Your Lover. Overall the sound could have been improved across all tents however the lack of volume didn't deter fans from making the most of it. Found packed in 40 DJ's and with all festivals, clashing set times that will have you moving across a manageable but rainy Brockwell Park. 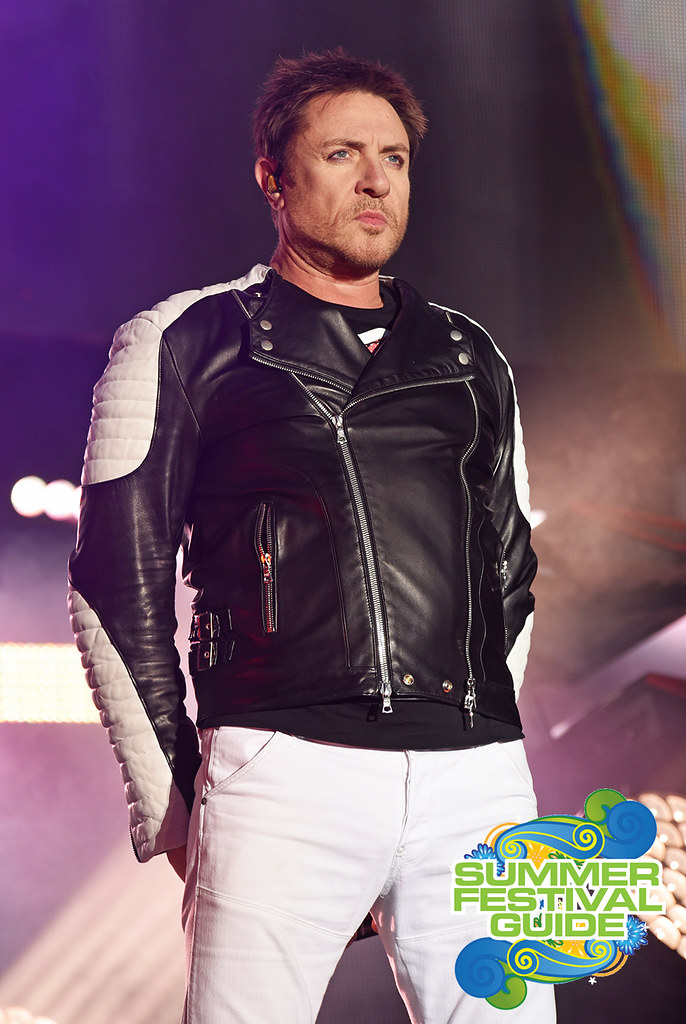 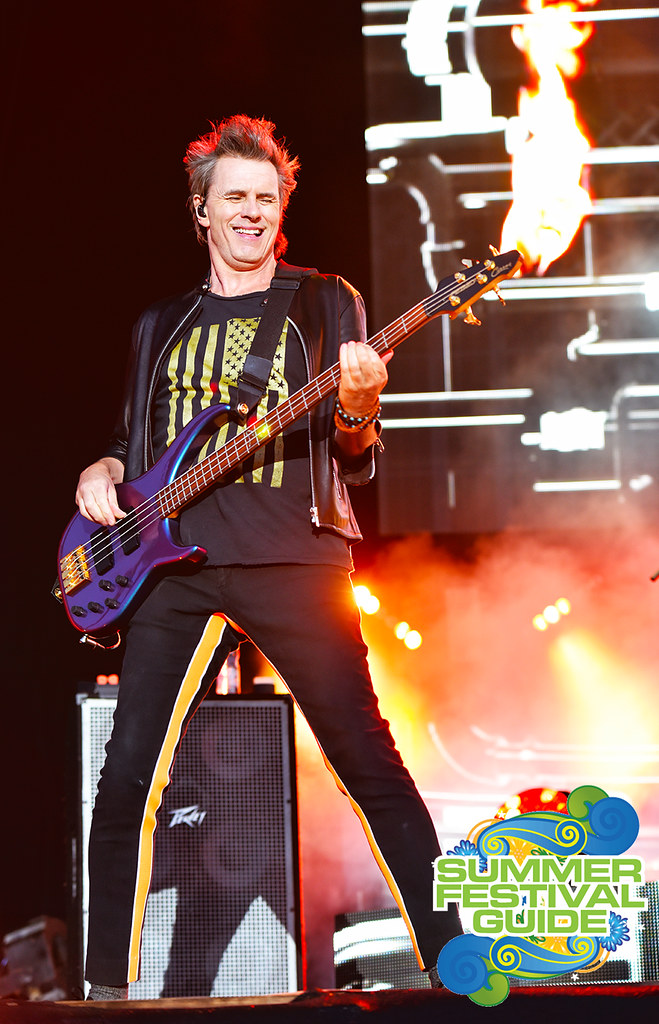 Sziget organizers launched a sensational piece of last-minute news, just about 2 weeks before the start of the event: on 9 August 2011, Sziget Festival’s Main Stage will host Prince Roger Nelson, the legend who entered the rock’n’roll hall of fame by the name Prince. Being in the spotlights since 1976, selling over 100 million records, reaching 10 platinum releases and also earning several Grammy Awards, a Golden Globe and even an Oscar, here he is to give all he got for Sziget fans from all over the world. You can already start to get ready for hits like ’Purple Rain’, ’Kiss’, ’When Doves Cry’, ’1999’ and so much more.
’We know it’s a bit unusual to announce such a huge star so late but Polish Open’er festival’s booked Prince for a gig in the beginning of July as an exclusive act for the 2011 festival season in this part of Europe. Luckily the Polish organizers Alter Art were ready to make a compromise, without their support this great show wouldn’t have happened on Sziget. We are really thankful to Open’er Festival that they helped us to make it happen. Open’er is dedicated to music and audience this is why they decided to help Sziget. Also we’re very happy to host the star, especially that it will be his only concert in our region’ – explained Gabor Takacs, organizer of Sziget Festival.
Save the best for last, as they say, so Prince finally accepted the invitation to come to Budapest. His concerts are normally sold out within a few days anywhere in the world, so organizers are confident that the next 2 weeks will be more than enough to sell all available tickets. If you don’t want to miss your chance, buy your ticket quickly. Prince guarantees a special experience anytime he plays, and this is also underlined by the great international press response he got after the July concert in Poland, using superlatives to describe the show that is more than 2 hours long.
The line-up of Sziget Day 0 is crowned by Prince, but you will also find many other exciting program feautures on the same day. For example Rock-Metal Stage will present the most successful world-music Sziget performers of the last few years, all known for the magical atmosphere they create. What you can expect is a star parade, great concerts from bands that would surely be headliners on a ’normal’ Sziget day, but Day 0 is also special in this sense. Check out New-York-based Klezmatics, Serbian Boban i Marko Markovic Orkestar and even Russia’s finestunderground act Leningrad.
If you have an ongoing desire to explore fine new bands, then you shouldn’t miss the Europe Stage program of the same day, presenting winners of some great European talent competitions. And if that’s still not enough, you even have the chance to witness how Hungarian cultural history is written by MR2 Petőfi Radio, providing a multi-artist concert series with some unique cooperations between local pop-rock stars and the radio’s symphony orchestra.

Wow, quite a lot of information for one press release, so just to summarize: you get the reigning Prince of pop music, American klezmer, Serbian brass, Russian underground, European talents and a lot more, all included in the price of your weekly camping ticket. If you already bought a 5-days non-camping ticket, or only plan to come for a few days, then you can buy the special ’Day 0 ticket’ for 52 EUR and join the best warm-up day in the history of Sziget Festival!

Heineken Open’er is proud to announce that music legend and long term pop innovator Prince is confirmed to headline the main stage on Saturday 2nd July in what is, at this stage, the first European festival to be announced. Exactly ten years to the day since Heineken Open’er first opened its gates the mighty Prince will take to the stage in what is set to be the biggest celebration of the festival’s triumphant ten years so far. Taking place from Thursday 30th June to Sunday 3rd July 2011 and voted ‘Best Major Festival’ for the second consecutive year, tickets for Open’er are now on sale at http://www.opener.pl/en

Heineken Open’er takes place from Thursday 30th June to Sunday 3rd July in Gydnia, Poland. Having firmly secured its position as one of the biggest and best festivals in Europe, the festival has subsequently been honoured at the last two European Festival Awards picking up the Best Major Festival in both 2009 and 2010.

The festival’s outstanding value at only £79 for a weekend camping pass means no music fan will want to miss this year’s festival. Combined with reasonable air travel from either Wizz Air or Ryan Air, it has never been a better time for UK festival goers to experience their musical favourite music for less.

Eavis, a massive fan of Prince, stated that he it was a “big but welcome shock” that he managed to tie up the deal so quickly.

Tickets for Glastonbury 2011 which takes place in June, sold out in just over four hours.

Some ticket returns will go back on sale in March so keep an eye on the site for when they do.

The Summer Festival Guide will be reporting live from Glastonbury 2011, one festival we are very much looking forward to.