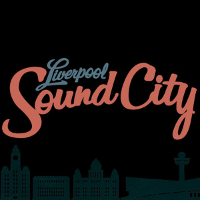 There's something counter-intuitive about standing in a tent when it's daylight & the sun is shining.* Ady Suleiman doesn't seem to mind. Hoodie sleeves pushed up on his forearms, he's tasked with opening the Cargo stage for Sound City 2015 & taking a suitably serious approach. It’s a small but merry crowd, one couple dancing drunkenly to 'So Lost'. Amy Winehouse fans will like Suleiman's soulful ska & straight talking. "I wonder what your body looks like." The tent grooves into the weekend.

*Behind the clouds, we assume. It's a grey day, sure, but better than many.

The Kraken tent cheers six-strong folk act The Sound Poets. Out on the North stage, Delta Rae looks frighteningly cold. It's gusty on the docks, at ground level even. I want to dip the band in hot chocolate & wonder briefly if the Tim Peaks Diner would oblige.

London act Vaults is understated but by no means underdone. Frontwoman Blythe Pepino is unmissable in traffic light red, eyeliner streaming (intentionally, we hope). She is barefoot singing ‘Poison’ & moving from the heart. New single ‘Cry No More’ is a tricky thing, sad & hopeful. Ethereal, electronic, I hear Massive Attack & get those same goodly emotional vibes. The bass at the Atlantic is something else. I spend several minutes watching the stage skirting shudder to the beat.

The Lytics have the Cavern under command, four bright voices in unison. It’s only when the stage empties that I catch sight of one of their number’s leg in a cast. How on earth did he manage all that bouncing? Carnival Youth is perfectly sentimental with numbers like ‘Never Have Enough’ & ‘Brown Eyes & All The Rest’. Before taking the mic, the drummer warns the next is a quiet song. “So yeah, you probably won’t hear anything.” Cute.

Back at North (getting the nautical theme now?), a Jack Sparrow lookalike has one leg up in the air, posed like a plucky pigeon as he strikes the synth.

Spector thrashes out 2012’s Chevy Thunder on the main stage. Lead singer Fred Macpherson has been growing his hair since I saw him last but is no less officious in trademark business attire. New single ‘All The Sad Young Men’ is affecting. “I don’t wanna make love, I don’t want to make plans. I don’t want anyone to want to hold my hand.” It’s a great set, easily as good as later acts Everything Everything & fellow Londoners The Vaccines.

All We Are reign supreme on day two, ‘Keep Me Alive’ an understandable hit. ‘Utmost Good’ is just that, delicious summer listening and even better live. After an obligatory stop at Dogtown & a healthy bout of VIP boat envy, we’re back at base for Dutch Uncles & Duncan Wallis’ enthused vibrato. There’s a video game quality to their sound that I love, playful & rhythmic always.

Unknown Mortal Orchestra is another highlight & way more appealing to this reviewer than headliners The Flaming Lips, though without aid of flashy props. I bet Lonelady kills it too but as happens at a festival, we’re caught up enjoying & miss her completely.

Bill Ryder-Jones is a discovery, at ease playing very personal tunes to the festival’s biggest stage. Moon King deserves a mention for their undersubscribed set at the Baltic, one of the new venue’s more exciting spaces. C.A.R. looks happy sipping Fosters in the sun & it’s ultimately refreshing to get a band all smiles.

Boys club The Raglans are raucous on the Cargo stage & give the audience an epic drumming break to close their set. Things get rowdier as the festival draws to a close, The Cribs not helping matters with older, better known material like ‘I’m a Realist’ & ‘Men’s Needs ’ stirring up the crowd. Security high-fives the first crowdsurfer to reach the front of the stage but I’m wondering if the joke is a little old the tenth & twelfth time. It’s great to watch, the hippies, mods & rockers, the hatted & bespectacled, all joining in the swell.

It’s hard to determine the ebbs & flows, the tarmac of the main stage emptying & filling in parts ahead of a hotly anticipated set from Belle and Sebastian. I’ll admit new album ‘Girls In Peacetime Want to Dance’ was my first encounter of the hugely popular indie outfit from Scotland, but I’m determined to explore their back catalogue after tonight’s showing.

I’m not sold on the new format. What made Sound City great in previous years was that it wasn’t one single identifiable & homogenous thing. It inhabited the cafes & bars of Liverpool’s cooler quarters & to that end, was supremely easy to access & enjoy. The docklands setting should be a win & there is more than enough music on offer, but I’m missing those laidback communal spaces that can make the in-between moments the best in a weekend (not counting the dodgem cars – they’re ace).

Award winning Festival No.6 has today announced the first two headliners for this year’s festival – Grace Jones and Belle & Sebastian.

Headlining Saturday night are indie pop darlings Belle & Sebastian. Currently enjoying rave reviews for their ninth studio album ‘Girls in Peacetime Want to Dance’, their set promises to be an upbeat and eclectic journey through their 19 year career. 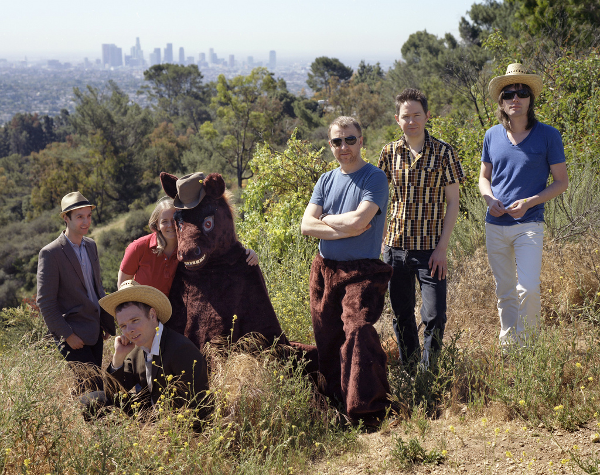 Also topping the bill is singer, songwriter, model, actor, enigma and legend Grace Jones. Her live sets are duly renowned as nothing short of incredible jinking from disco to funk, pop to punk wrapped in a visual spectacular as stunning as the musical artistry. It will certainly not be a performance to miss.

Other confirmed live acts include Rae Morris, Shura, Stornoway, The Bohicas and Fryars. The festival will be announcing a second wave of artists including the final headliner in the coming months.

Equally renowned for its electronic bill No.6 is proud to unveil it’s first DJ line-up including headliners DJ Harvey and a UK festival exclusive from The 2 Bears with a live set.  A third headline DJ will be announced in the next wave. Other confirmed DJs include Bicep, Motor City Drum Ensemble, Gerd Janson, Andrew Weatherall, Optimo, Ralph Lawson, Justin Robertson, Maurice Fulton and Mark E.

The Walkmen top yet another twenty-band announcement for the End of the Road Festival, joining a bill topped by Belle and Sebastian, Sigur Rós and David Byrne & St Vincent.

See the website at www.endoftheroadfestival.com for full lineup info and more.

“One of the most unique and special propositions in the British festival calendar.” – The Line of Best Fit