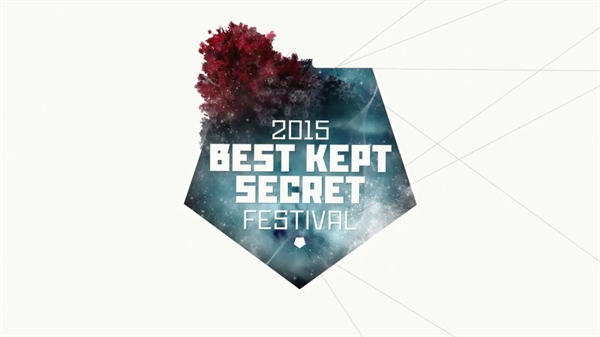 Best Kept Secret, the food and music lovers dream festival that takes place in Hilvarenbeek each year has finally released their full Line Up, with Daphni, Palbomen II and Joost van Bellen making their appearance on dj stage FOUR.

These are additions to an already overwhelming Line Up. Headliners Beck, Editors and Jamie XX will be joined by an array of different genres of artists, hailing from all continents. Two Door Cinema Club, Wilco, Mount Kimbe, Beach Slang, Yeasayer, Band Of Horses, Bloc Party, Fat White Family and many more will be taking the five stages at Beekse Bergen Safari Park over the weekender. We can't wait to see what the fourth installment of the festival has to offer, see you in June!

To read the review of last year's festival, click here.

Field Day Saturday 11th June
Field Day are delighted to reveal the new line-up additions that will be joining the likes of Skepta, Four Tet, Deerhunter, Orchestra Baobab, Floating Points, Motor City Drum Ensemble and Youth Lagoon on the Field Day Saturday 11th June bill.
Field Day are thrilled to welcome Brooklyn based experimental rock band Yeasayer. With their new album Amen & Goodbye set to drop in April, this will be one of the first opportunities to hear the band's superbly odd and fantastic new material live in the UK.
Contemporary Nottingham duo Sleaford Mods will also be joining the Field Day Saturday bill.
Jason Williamson from the band commented on their addition to the Field Day line-up: "We've been wanting to play Field Day for ages, it's a festival that always houses a great deal of interesting new music and not the usual bland array of star employees from big labels. Should be a right laugh!"
Field Day are also excited to announce the post-hardcore sludge-punk trio Metz, hailed as North America's finest touring rock band, their guitars are titanic, drums ill-tempered, vocals chilling and the volume worrisome.
Girl Band, the noise-rock quartet from Dublin have been praised for delivering visceral, invigorating music with nods to Daft Punk and Nick Cave. Their recent album Holding Hands with Jamie was recently included in Time Magazine's 10 Best Albums of 2015 poll.
Also on board for Field Day Saturday will be the impeccable Gold Panda. Hailing from Chelmsford in Essex, Gold Panda started writing beats and producing a few years ago, beginning the journey that ultimately saw him nominated in the BBC's Sound Poll list and the Guardian's prestigious First Album Award for his debut album Lucky Shiner. Since then, he has released a follow-up album, Half Of Where You Live and toured the world to considerable acclaim.
Meanwhile, the Berlin based duo Tale Of Us bring their emotive deep house sound to Field Day. Their popularity and talent was evident when they appeared at #3 in Resident Advisor's 'Top 100 DJ's' poll at the end of 2015. Jackmaster, the Glaswegian DJ and co-founder of the highly successful label and club night Numbers plus previous XOYO resident, will play b2b with the highly respected house and disco DJ Gerd Janson.
Belfast-born duo Bicep will be spinning live, bringing their varied, disco, acid house sounds to a Field Day stage. The forward thinking Plastician and Berlin based disco diva The Black Madonna, renowned for her uplifting sets that balance established anthems with idiosyncratic selections, will also be joining the bill.
Elsewhere, Field Day welcomes Little Simz, an artist barely into her 20's who has already become one of the UK's most in-demand acts, changing up the rap game and appearing on the Forbes '30 under 30' list. Hackney based singer songwriter and BBC Music 'Sound Of 2016' pick Nao, whose unique vocal tone draws a fusion of hip hop, soul and R&B to UKG, funk and jazz, plus Kelela, an artist known for her gorgeous off-kilter R&B vocals and chilly metallic production.
Rising stars performing at this year's event include the young and extremely talented singer songwriter Gillbanks and Polydor Records signing Mabel, who will bring her refreshing pop sound to Field Day Saturday.
In addition Wooden Wisdom & DJ Fitz will be responsible for an unforgettable set. Wooden Wisdom are made up of Zach Cowie along with actor and label owner Elijah Wood (from Lord Of The Rings fame!), who'll be spinning classic funk-soul, spaced-out space age instrumentals and 80's-era dance new wave jams. They will be joined by DJ Fitz for a truly electric collaboration.
Field Day Sunday 12th June
After confirming the iconic PJ Harvey, Field Day are thrilled to announce more additions to the Field Day Sunday line up, which so far includes Beach House, John Grant, Molly Nilsson, GOAT, Optimo, Thurston Moore Band and many more.
Field Day Sunday welcomes The Brian Jonestown Massacre, the American neo-psychedelia torchbearers, formed in San Francisco back in 1990. Led by lead singer and guitarist Anton Newcombe, the band's output spans psychedelic rock, folk rock, shoegaze and noise pop. Now onto their fifteenth globe-trotting album, packed with multiple chiming guitars, the band will touch down at Victoria Park on Sunday 12th June.
Also joining Field Day Sunday, will be the african 7-piece band Mbongwana Star from Kinshasa in the Democratic Republic of Congo. Their music has been described as a 'clever balance between the sunshine vibes of soukous with the gritty reality of life in a Kinshasa slum'.
Also confirmed are Manchester's rising indie stars and BBC Music 'Sound Of 2016' hot picks Blossoms. Plus New York based rockers Parquet Courts, London's Tangerines as well as the enigmatic American alt folk singer-songwriter Cass McCombs.
Daphni the club-floor, techno drawn alias of Dan Snaith, more commonly known as Caribou will be returning to Victoria Park. London brothers Formation, who's smart liquid funk sound positioned them as one of NME and Time Out London's 'Ones To Watch' for 2016, and grammy-winning, classically trained, writer and producer Tourist will also appear on this years bill.
Finally, Field Day are excited to announce Moon Duo, who will bring their off-kilter dance rhythms, repetitive, grinding riff and cosmic trucker boogies to Field Day Sunday.
Field Day president Tom Baker said on the new additions: "Im really thrilled to be able to announce even more acts for our 10th series of Field Day; Mbongwana Star are coming all the way from Kinshasa and they will blow your mind! We are very happy to welcome back Dan Snaith in his Daphni guise to FD Sunday alongside the seminal and psychedelic brilliance of The Brian Jonestown Massacre… True gents those Sleaford Mods will teach you some manners and Metz will make your ears bleed (in a good way)… There is still more to come we just can't tell you it all now!"
Tune in to the Steve Lamacq show on BBC 6 Music from 4pm GMT on Thursday 21st January for the exclusive first play of PJ Harvey's new single.

Yeasayer are the surprise announcement of this turn. Although their next release comes out in a bit, the Polish audience will have a chance to listen to the new material before the official date. A few months ago, the New Yorkers announced working on a "demented" record, described as "an Aaliyah album if you played it backwards and slowed it down". Has the direction taken in the studio changed, or maybe was enhanced by other shades, is to be determined on July 4th. 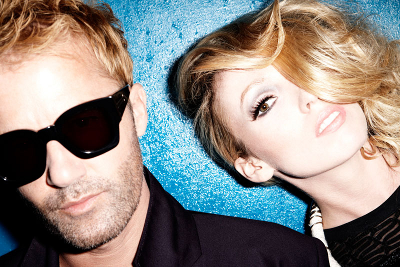 Joining Open’er are The Ting Tings “Sounds From Nowheresville”, the follow-up to ultra-catchy “We Started Nothing” took long to be made. Allegedly, the album was inspired by Berlin electro scene. However, two months ago, the band delivered a semi-acoustic, semi-electronic LP, setting boundaries from the successful debut. Katie White and Jules De Martino now focus on  promoting their album, and we are waiting for their next concert at Open'er. This one to remember, from 2009, was a perfect combination of both the band and the public in their best of moods. We're counting to see it again in a dozen weeks.

Soldiers Of Jah Army are one of the most popular American reggae bands. Their success in Europe, much later than in their home country, was achieved thanks to Gentleman, who invited the band to tour along him. They gained notoriety with ”Peace In a Time of War” in 2002, but their breakthrough came with “Get Wiser”, where they defined their style and commitment to the roots of the genre, presented with freshness. The last one, “Strenght to Survive”, was released earlier this year. – The musicians truly understand the Jah philosophy, tackling the subjects ever-present in reggae: peace, love and humanity.

Also added to the line-up are the cream of the crop of the Polish scene.Fisz Emade Tworzywo are Open’er’s regular guests. This time, Bartek and Piotr Waglewski will appear onstage to enliven the songs from their first three records and the material somewhat reaching back to their beginnings, and surely to their youth fascinations with a special MEDLEY project. Kapela Ze Wsi Warszawa (Warsaw Village Band)who have crossed both musical and national their return to Gdynia are Cool Kids of Death. Ten years in the field, they were able to withstand all storms of Polish music market. Although dubstep duo Pablopavo and Praczas appeared previously at Open’er in different line-ups, this will be their first appearance together. Two talents of urban music on one of the most important albums of last year live at World Stage! UL/KR’seponymous debut is one of the most commented debuts of last months. A little over 20 minutes of music with no counterparts made UL/KR the darlings of local blogosphere. If it was reviewed by Pitchfork, Best New Music would be a formality. There are things in their music so new you didn’t even know they existed.