First up, we are thrilled to announce ‘Atomic Bomb! The Music of William Onyeabor’ will be bringing the party to the Mountain Stage on the Friday night. Atomic Bomb! celebrates the music of enigmatic Nigerian synth-funk pioneer William Onyeabor and is performed by the Atomic Bomb! band featuring a constantly revolving collective of internationally acclaimed musicians.

Making a welcome return to Green Man this August are Villagers – with the Black Mountains as your backdrop, where better to take in Conor’s poetic and
wistful alternative folk?

We are also delighted to welcome Meic Stevens, the Welsh singer-songwriter often fondly referred to as the ‘Welsh Dylan’!

Our inimitable festival atmosphere has always left Green Man guests with hazy, happy memories, and this year will be no exception. Experienced vibe-setters Chai Wallahs are delivering the goods with a heady mix of live acts and DJs from around the globe – including afrofunk nine-piece Jungle By Night, Dizraeli & The Small Gods, Birth of Joy and psychedelic jazz quartet Syd Arthur.

Stay tuned for more acts coming very soon (including our yet to be revealed Thursday night headliner) and don’t forget to buy tickets to join us for what’s shaping up to be the party of the summer.

Hard to believe that this is the 15th installment of Truck Festival – some of its founders were barely more than 15 years old themselves when it started back in 1998! This year sees a return to the classic format, under the new management of the team from the award-winning Y-Not Festival, with the main Truck stage back where it always was and the legendary barn stage re-opened for business, only now with a new roof decked with solar panels to provide green energy to power the stage within. The team have put together a splendid line-up for you at Hill Farm, with a mix of returning favourites,including The Mystery Jets, British Sea Power, 65 Days of Static and Get Cape. Wear Cape. Fly, and exciting acts new to the festival: The Temper Trap, Villagers, The Low Anthem, Guillemots, Little Comets, Three Trapped Tigers and many more. And perhaps the biggest coup of all: we've got Matilda-soundtracking, Jesus-Christ/A-List-Superstar TIM  MINCHIN! 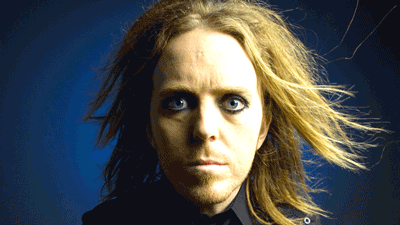 This being Truck, local acts and labels are heavily involved with the event, from established names like Fixers, Spring Offensive, and This Town Needs Guns to those playing Truck for the first time, including Old Grinding Young, the Black Hats and Kill Murray. The Big Scary Monsters & Alcopop labels present an afternoon of bands in the barn and BBC Introducing in Oxford will also be on-site once more. And the stars of last year’s Rumours performance will be back – Michele Stodart, Trevor Moss & Hannah-Lou, and The Dreaming Spires. In breaking news, Fresh Out The Box DJs return to close things off in the Barn both nights for the traditional ‘cowshed rave’!

There's also a large Big Top stage and the Ladybird tent providing kids' activities by day and entertainment by night. There are two distinct camping areas: one for families in one end of the market field, and the larger main campsite in its usual spot. The Didcot Rotary Club and friends are here once more, serving hearty food, smoothies (and of course donuts) and raising substantial funds for good causes. Keep an eye out for some new flavours this year, we hear rumours they'll be trying their hand at pizzas this year!

For the first time this year the festival takes place on Friday and Saturday, giving you Sunday afternoon to head home and recover before work on Monday- we've expanded the bar to provide a splendid range of ales, beers and ciders, as well as the addition of some of your favourite top-shelf drinks, and even a few cocktails: we hope this 15th anniversary event provides plenty of opportunity to celebrate! Saturday is also the first fancy-dress day, and after a public vote Truckers chose wild animals as the theme: we'll look on with interest to see what they come up with! speaking of wild animals, keep an eye out for the legendary and elusive Truck Monster: He (or she?) will be appearing around town in the run-up to the event and on the official Truck T-Shirts and Hoodies, of course, available from the Truck Store on-site – which will also be selling merchandise and albums by most  of the acts appearing at the festival.

In a year with no Glastonbury and a summer royal and sporting overload, it’s down to the likes of Truck to keep the flag flying for the true spirit of festivals. Truckers have responded well to what is being called Truck’s best line-up ever, and we’re cautiously confident of an advance sell-out for the 4,500-capacity event. Tickets are available for the astonishingly reasonable price of £69 for a weekend ticket, with under-12s free (with a responsible adult), making it a great destination whether you’ve just finished your exams and are attending your first festival or you’re a family with young kids looking for a good value weekend in the country. It’s often forgotten how lovely it is down at Hill Farm and you can’t beat walking down the Causeway in Steventon to get there.

The team behind the festival book bands they love, work with like-minded people, keep it chilled, don’t squeeze a thousand tents into a field the size of a postage stamp and don’t charge a fortune. Good old-fashioned hospitality and great bands. In the first of several announcements revealing plans for the bigger and bolder Deer Shed Festival 3, the team are thrilled to confirm the following acts for this July.

Villagers will headline the Main Stage on Saturday 21st July. The moniker for singer-songwriter Conor J. O’Brien and his cohorts, 2010 saw Villagers’ debut album released on Domino Records – a Mercury Prize nomination and Ivor Novello awards quickly followed. To say that their second album (due for a late summer release) is hotly anticipated is a massive understatement. Their first UK festival appearance of 2012, the Deer Shed Festival audience are in for a captivating performance of O’Brien’s beautifully crafted songs.

Cherry Ghost will close the festival on Sunday 22nd July but this is a Main Stage headline set with a difference – the band will take to the stage at 2.45pm. Sunday is Deer Shed Festival’s long goodbye – brunch, newspapers, crafts market and, for the first time, performances on the Main Stage before the arena closes late afternoon. A fitting finale to a weekend of fine music and good times, festival-goers will head home with Cherry Ghost’s acoustic performance and Simon Aldred’s glorious voice ringing in their ears.

Beth Jeans Houghton & The Hooves of Destiny’s debut album, ‘Yours Truly, Cellophane Nose’, was released this week and has been receiving plaudits left, right and centre. Deservedly so, Houghton has an imagination the size of the planet, her music is an inventive delight blending folk with psychedelia and glam rock and her performances brim with style and drama. The Main Stage will play home to the band on Saturday.

Dutch Uncles combine incredible musicianship, sharp hooks and insanely danceable time signatures into perfectly formed music that can only be described as ‘prog-pop’. Fronted by the intensely watchable, and very energetic, Duncan Wallis, this Manchester band will headline the In The Dock Stage on Friday night.

Treetop Flyers call their music “pure country soul”. A blend of folk, rock, country and soul, this five-piece, sepia-tinged band will play the Deer Shed Festival Main Stage on Saturday afternoon. Infused with the spirit of The Band, Neil Young and Crosby, Stills & Nash, the band will provide a perfect 1970’s feel soundtrack to a summer’s afternoon.

The first act to be announced for the brand new Lake Stage is Tupelo who will headline Friday night.  Their music takes the fiddle-led acoustic approach of the Deep South and combines it with gutsy Irish folk. Joining them on the new stage will be Rachel Sermanniwho performs on Saturday; this Scottish singer-songwriter signed to the Communion collective has an incredibly compelling voice and a unique talent for earthy folk melodies and dextrous fingerpicking.

We Were Evergreen, an alternative indie-electro-pop band from France play the Main Stage on Sunday. Possessing a wide-eyed, child-like joie de vivre, this Gallic trio’s mellow yet uplifting choruses will provide a suitably lovely theme tune to the Deer Shed Festival long goodbye on the last day of the weekend.

Building on the success of two well received and sold-out festivals since it debuted in 2010 (including being shortlisted for the Best Family-Festival at the UK Festival Awards 2011), Deer Shed Festival is stretching its wings a little this year with a bigger line-up that includes Main Stage and In The Dock Stage performances on all three days and a brand new Lake Stage.

Further plans for this year will be unveiled soon – more acts including the Friday night headliner, details of the new site layout which has increased by a third, a cinema tent, especially commissioned theatre productions, expanded arts and activities programme and, of course, the all-important theme. Last year’s Sky at Night theme saw Professor Brian Cox levels of stargazing before it all got so trendy.