With an overcast sky and the threat of rain in sight, today’s Download crowd is considerably more covered up and there are a surprising amount of people dressed in bucaneer-swag heading towards the Encore stage…

Alestorm are one of those bands who are both musically talented, and seem to be in it for a laugh. What’s not to love about a band who comedically rhyme anchor and wanker in song form? Wenches, parrots and pirates alike are jumping around to the likes of ‘Keelhauled’ and ‘Magnetic North’ (if you haven’t seen the Alestorm/Lady Gaga mashup ‘Magnetic Telephone’, get on youtube this instant. It’s marvellous.) and the quips on the origins of their material are, interesting… “This song is about that time Tom hanks got lost on a desert island and fucked a volleyball… Shipwrecked!”.

As crowd surfers fly overhead on various inflatable sea creatures (kudos to the guy managing to stay aloft the orca all the way to the front) vocalist Chris Bowes yells “Do you know why we are here download? We are here to drink your beer!” and the arena goes mental for ‘Drink’ followed, obviously, by ‘Hangover’ – “This is for anyone feeling a little. Bit shit today, for anyone who woke up in a puddle of their own vomit”. 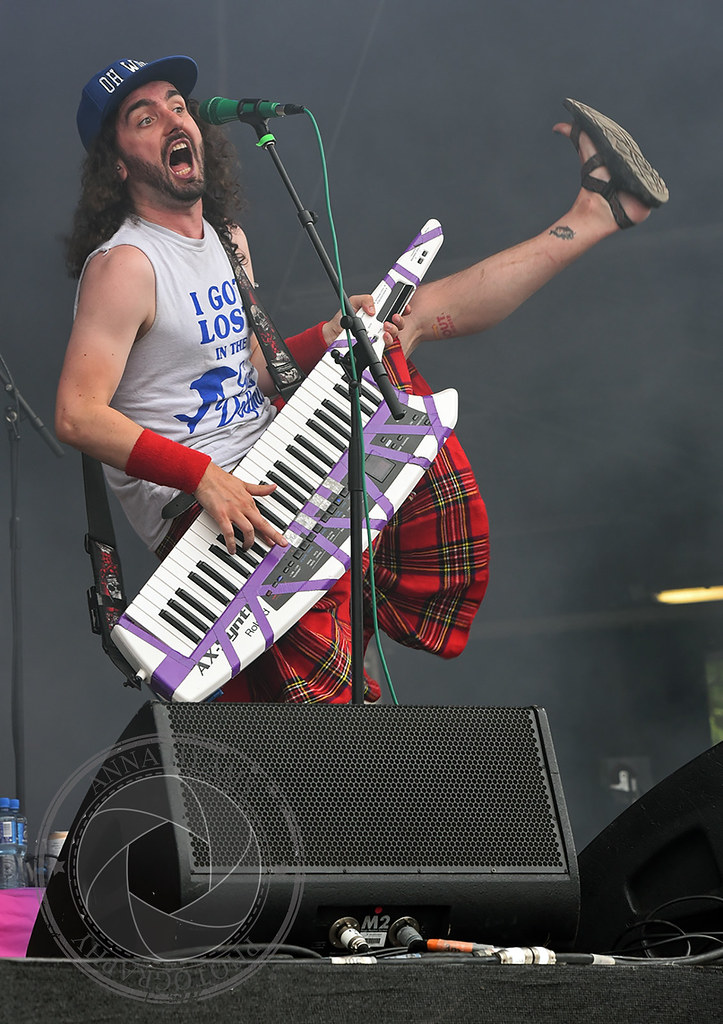 Suicide Silence put on a rowdy set yelling at the crowd to “motherfucking jump around” ticking the box for proper metal headbanging and hair lashing today, Of Mice & Men are ripping up the main stage and Kvelertak (the most mispronounced band all weekend) bring dark Norwegian metal (and lots of owl themed décor) to the now slightly gloomy arena. Brief spells of rain see Downloaders immediately reaching for the ponchos, it seems after the last few years everyone has come prepared for the worst. 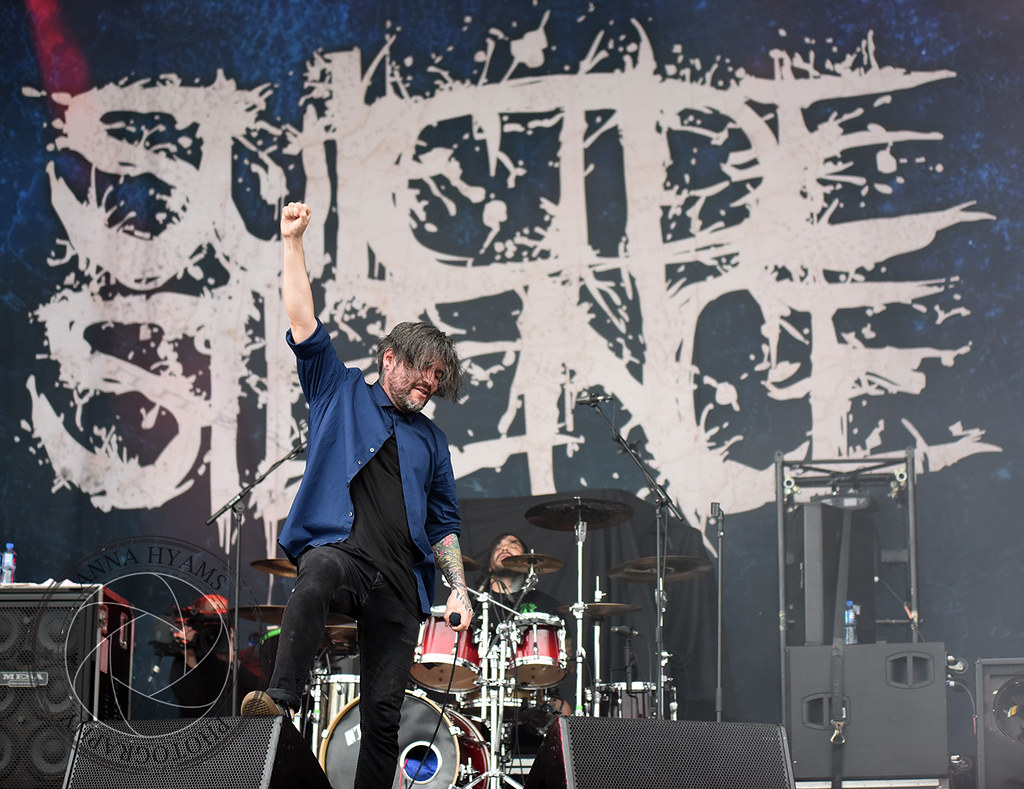 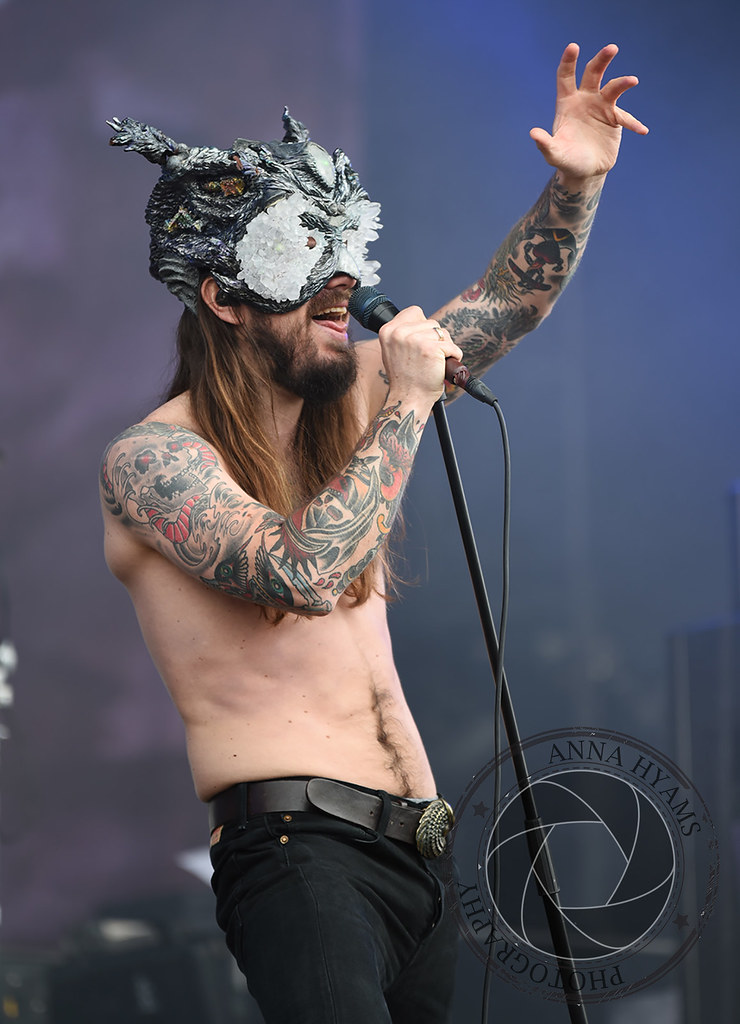 Pierce the Veil are living up to the piercing part of their name with extraordinarily shrieky vocals, so we’re off to the Encore stage for a good dose of heavy metal with Max & Igor (Cavalera) with thousands of other Sepultura fans looking for their fix. They do not disappoint, Roots Bloody Roots is absolutely insane and the arena is rammed with headbangers. 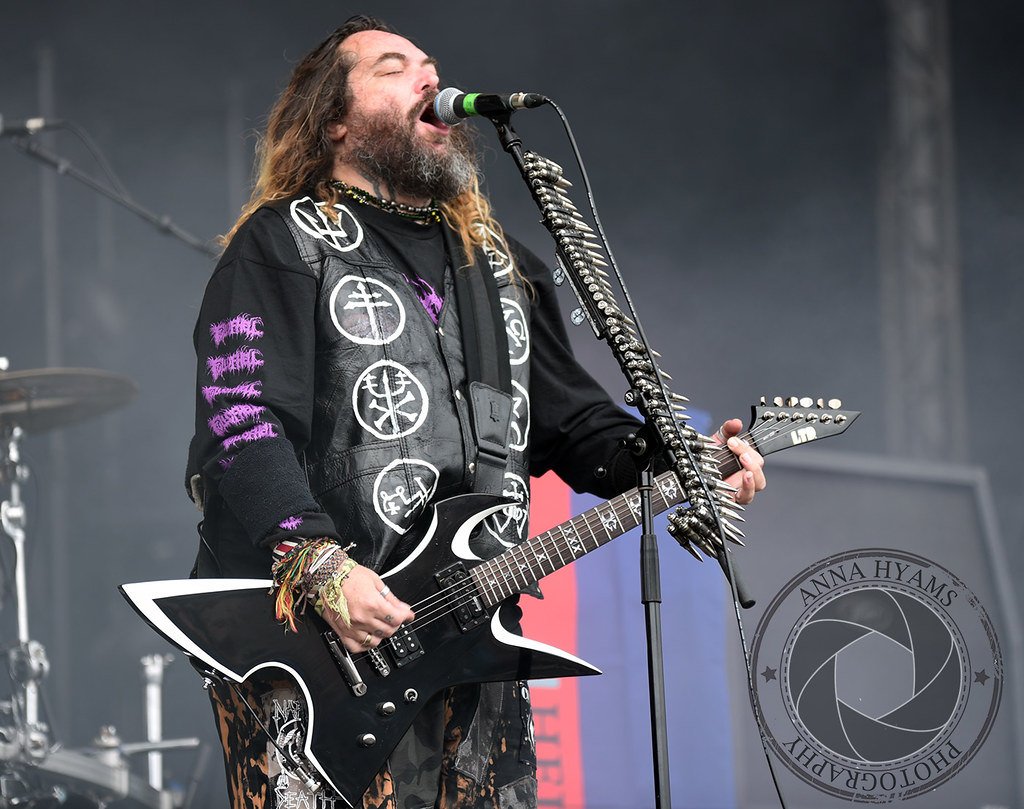 In the main arena, it seems a lot of people are crashed out on the hill eating food – Download hasn’t been home to crappy ratburgers for a few years now, but highlights this year include gooey Mac & Cheese, duck fat potatoes and on two ends of the spectrum – vegan maki sushi rolls and giant shredded brisket sandwiches. AFI are on the main stage but it’s hard to hear when you’re in a food coma.

Coheed and Cambria are over on the second stage throwing down some heavy melodic sounds, followed by the Ace Ventura of metal – Devin Townsend. There is no extreme expression his elastic face cannot convey, he goes from cheeky to mean in a fraction of a second and this makes him undeniably interesting to watch – even apart from the fact that he fucking shreds. Simple Plan have packed out the Avalanche stage and it looks like the entire tent is bouncing as one to ‘Welcome To My Life’ and Sean Paul collab ‘Summer Paradise’. 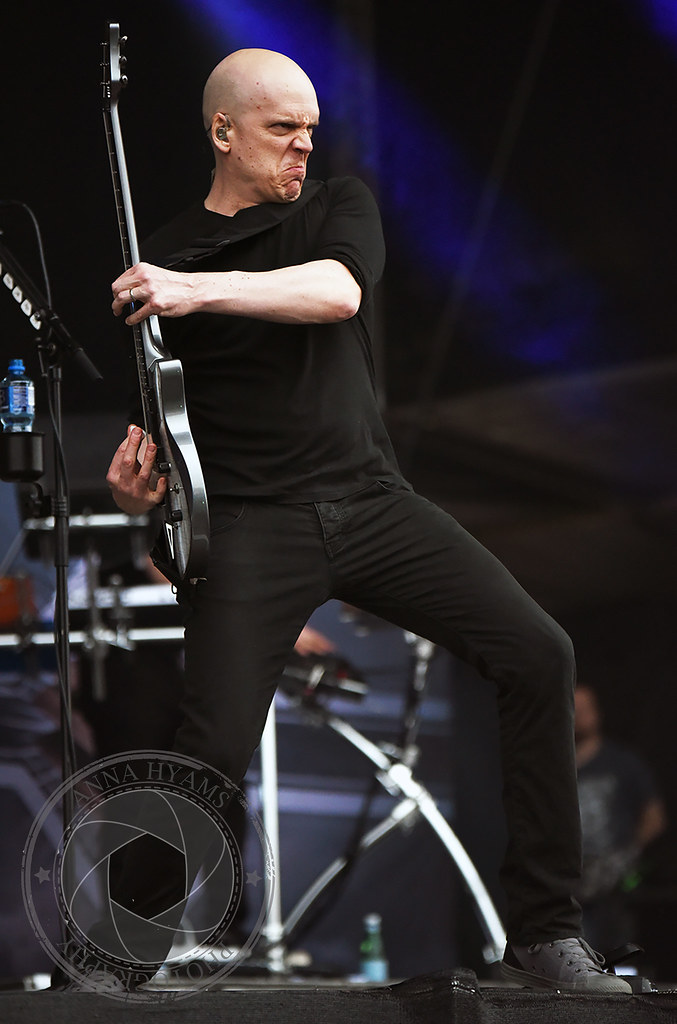 Headlining the Encore stage for the second time at Download is heavy metal shock doctor Rob Zombie, whose stage shows always go above and beyond and the biggest crowd of the weekend have turned out to see him. Rob appears on stage rocking the shiniest outfit I’ve ever witnessed in metal. Hell, he wouldn’t be out of place in a Lady Gaga video or on RuPaul’s drag race. Silver mirrored discoball flares are topped with a silver studded and spiked leather jacket with added fringing, a glittery Stetson and a Frankenstein flag hanging out the back of his pants… Rob you have seriously outdone yourself on this one. I want to be you. 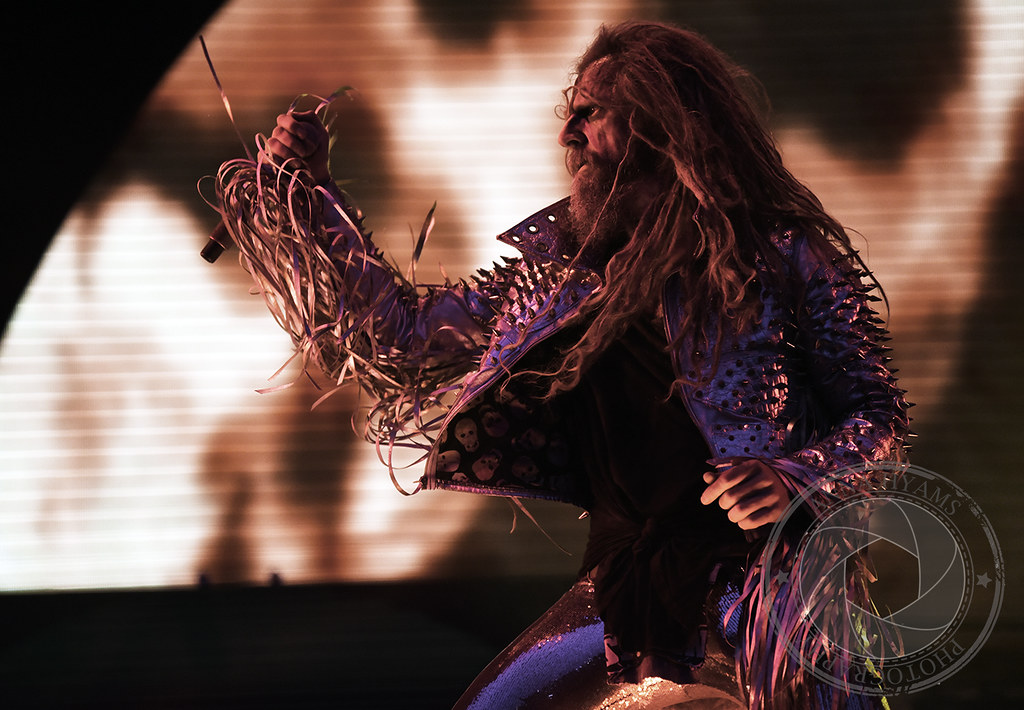 Leaping around between three lifted podiums, in front of LED screens showing images from horror movies, Rob screams through hit after hit – 'Living Dead Girl' is wild, and the crowd responds by sending wave after wave of crowd surfers over the barrier. Rob spends a little time joking around about the arena offerings he can see “I wanna fucking party. Do you wanna party or do you wanna eat fucking noodles. Steakhouse. Extreme largeness… what does that even mean??” and briefly noting the current state of affairs in the world… “these challenging political times… I’d like to address a very serious subject that no-one else wants to talk about. What the fuck is going on with alien abductions?” asking “who here has been abducted and anally probed?” before asking stage security to help him crowd surf a blow up alien to the back of the arena.

With a face meltingly large amount of pyro, demon sidekicks sporting LED guitars, grilles and vampire wings – Rob brings a slice of B-movie madness to Donington that really deserved to be lit up on the main stage to be honest. As giant inflatable balls are thrown out into the crowd and foam snow is sprayed from the top of the stage, White Zombie super hit (and Guitar Hero go-to track) 'Thunder Kiss ’65' has a bassline that makes your soul shiver as Rob laments “I remember playing this back in the early 90’s at Castle Donington… were any of you there? You dont remember me but you’ll probably remember Metallica huh”.

After a quick dip into The Ramones’ ‘Blitzkrieg Bop’ because… well who knows… it’s back into Thunder Kiss and straight onto a cover of Alice Cooper’s ‘School’s Out’ whilst parading around in a union flag as a cape. Rounding up with the one everyone’s been waiting for, ‘Dragula’ is truly epic, as this whole show has been.

Over in the main arena, Biffy Clyro are also finishing up on their multi-tiered LED lit stage, tops off, sweaty as hell. It’s awesome to see them top the bill here, and they are fantastic, but it would have been cool to see what horror shenanigans Rob Zombie could have brought to the table. Fireworks light up the night sky above the stage and the arena clears for the campsites, see you tomorrow metalheads… 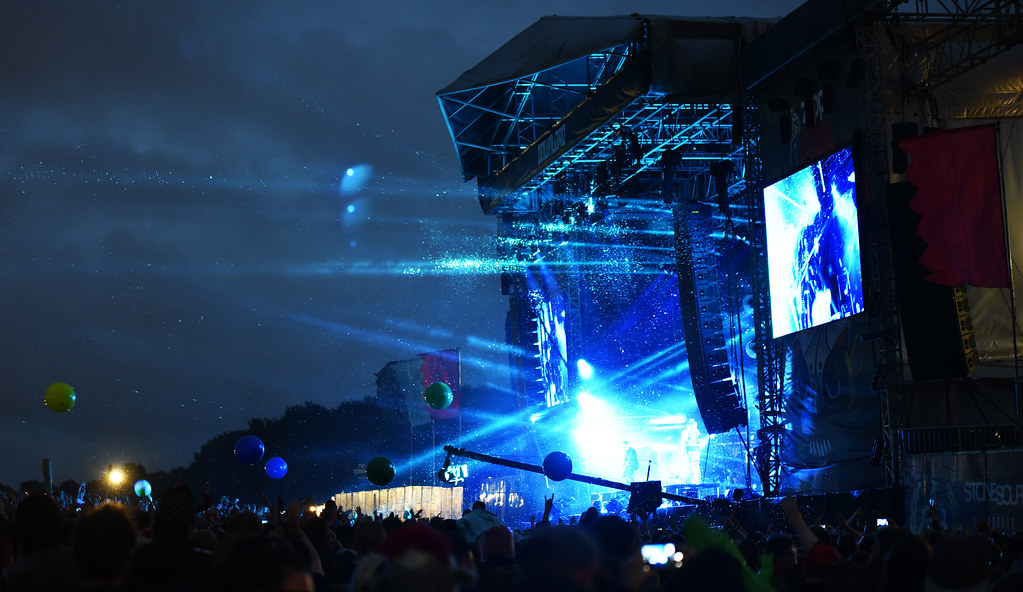