Day two at Bestival is a bit of a wash-out, with rain coming in until 4pm the arena is a sludgy mess and the wellies are out in force. Nevertheless it hasn’t dampened the Bestival spirit, the crowds are rolling in for tonight’s headliner, The Cure.

Having played Bestival back in 2011 (a performance which was actually recorded for CD) they know it’s a vibrant and colourful festival… so naturally turn up in their standard undertaker-esque garb. Robert Smith’s unmistakable panda-eyed stare and backcombed mop grace the stage as the band kick off with the aptly positioned Open. 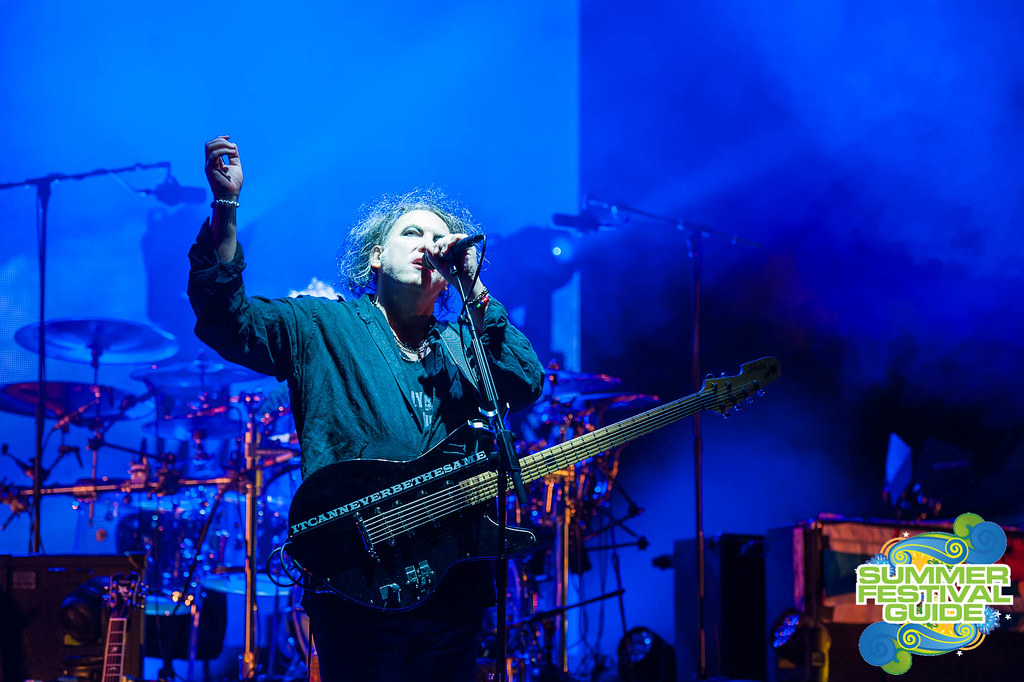 Calling out “I’m not going to start explaining what all the songs are about…” Smith warbles through The Baby Screams, and the entire crowd hoots along in unison for The Caterpillar. With a big screen showing MS Paint style heart designs, it’s on to hit Friday I’m In Love, with a quip “Wrong day for this really…” I mean, do The Cure purposefully not book Friday slots so they can make that joke all the time?

Just Like Heaven and Boys Don’t Cry are just, perfect. Every single voice in the crowd is yelling skyward. There’s nothing like the pure new wave gloom to make you feel like you are the most deeply emotional person that ever lived, and no-one could possibly understand your tortured genius.

However, this is where things get messy. After a longer than expected absence from the stage, The Cure pop back on for an encore. Then another. Then another. Now, the final encore does include The Lovecats which is fun to say and to sing, but come on. Two and a half hours of any band is excessive, let alone one which really less than half of the Bestival population has even heard of.

Much is made of Bestival’s age-range and how inclusive it is, but honestly – it’s an overwhelmingly young crowd, particularly with the other chosen headliners this year. Unfortunately this means a severe thinning of the arena every encore break, and by the third you can stride from the sound-desk to the front in thirty seconds. This says nothing of the performance though, The Cure are unfailingly brilliant, but perhaps a touch overdone tonight. 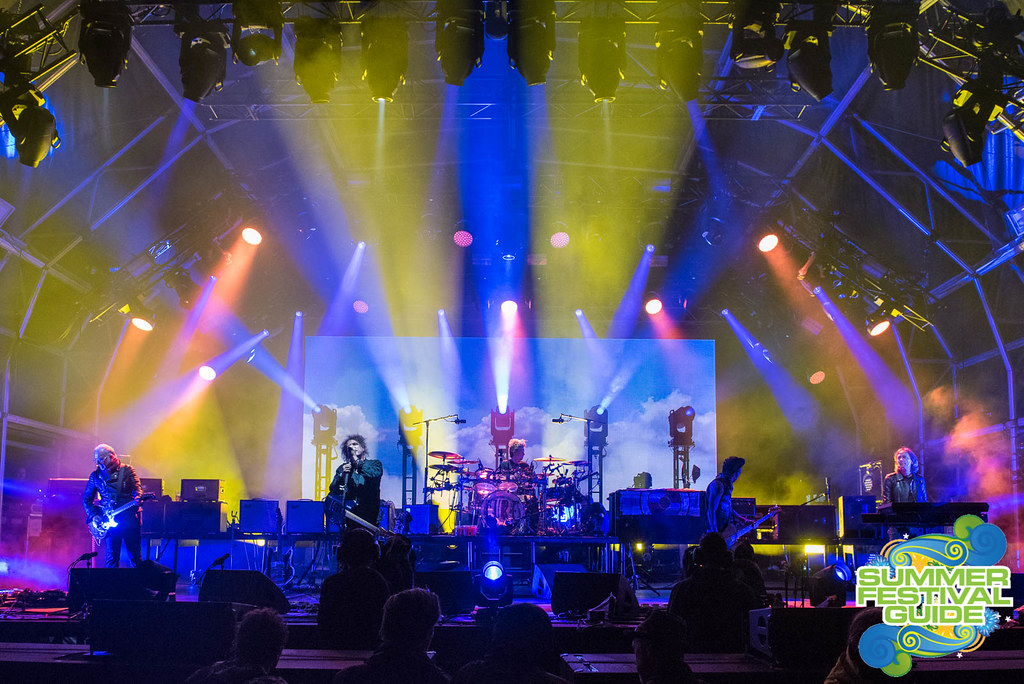