There has been a distinctly hip hop vibe to this year’s Bestival, despite the ‘Summer of Love’ theme chosen and it seems sort of disconnected. However, there’s no denying that after a six-year hiatus from UK touring and as a complete UK 2015 exclusive, booking the queen of extravagance – Missy Elliott, is a big win for Rob Da Bank, having twice turned down his request to play before.

Despite the first drizzle of the weather-app doom forecast, the arena is absolutely rammed with people and as an obelisk-like frame is put in place on stage, the excitement is palpable. Dancers in disturbing white comedy and tragedy theatre masks add shimmering lycra panels to the frame and writhing hands extrude from within the box before the sides fall to reveal Missy, clad in a slick black tracksuit and trucker cap with her name emblazoned on it. Famed for her indulgence in all things bling, tonight is no exception as she wields a crystal encrusted microphone with a knuckleduster-esque ‘Ms E’ embellishment whilst providing the thrills for ‘I’m Really Hot’ and ‘Hot Boyz’. 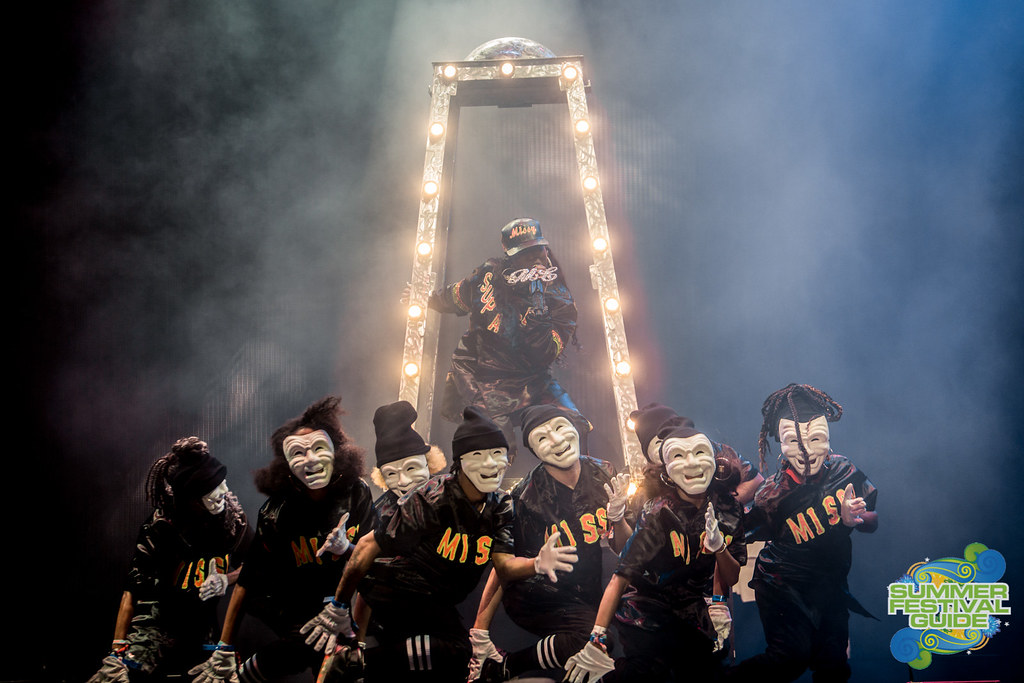 It’s a little bit of a shame the music is so often halted by her fluffers yelling “She can’t hear you….” , us Brits aren’t really down with self-promotion like our American cousins, but Missy makes up for it in pure individual electricity and her b-boy dancers are absolutely incredible.

Rolling through hit after hit, the crowd is going mental, everywhere is a sea of hipsters attempting to krump and hunter-princesses trying some swagger but when Missy throws down ‘Get Ur Freak On’ and ‘Work It’ there’s not a single still body to be seen. A costume change later and it’s down to celebrating her dance crew for ‘Pass That Dutch’, and no, we couldn’t do the routine, we tried, it was deceptively difficult.

Yelling out “Hey UK I love you, I haven’t been here in a while but I love you, y’all like my cousins, y’all like family, is that ok?” Missy introduces artist Sharaya J for a song whilst she changes costume yet again. ‘Shake Your Pom Pom’ is particularly celebrated by the man in front of us dressed like a cheerleader, and some lucky fans at the front have their night/year made when Missy signs some Adidas sneakers to hand out. 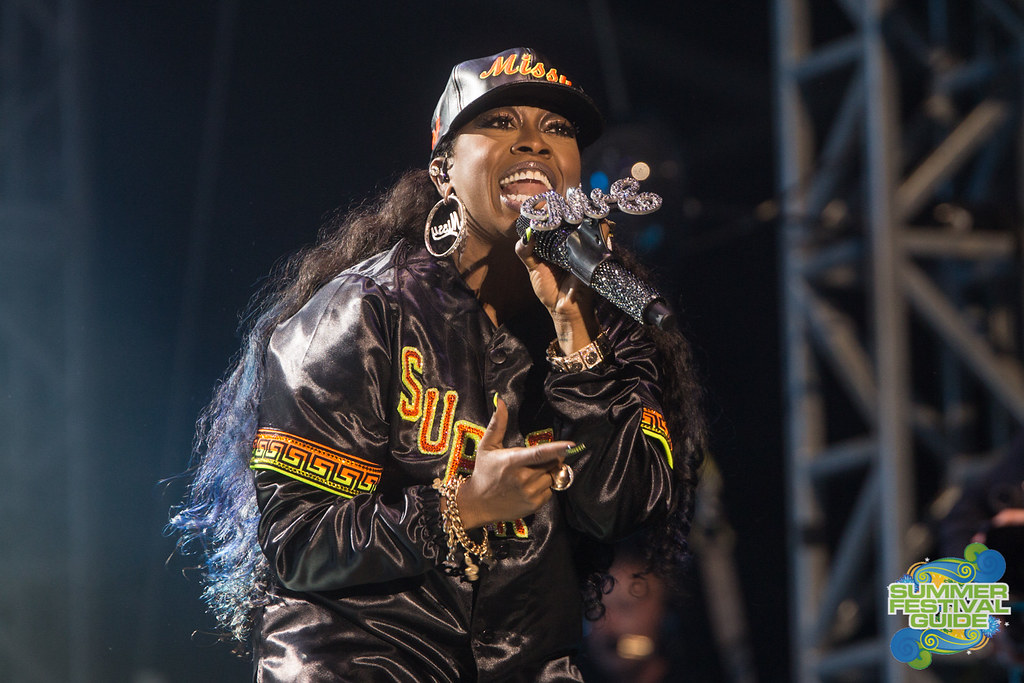 A little bit of Ciara’s ‘1, 2 step’, and ‘Lose Control’ have everyone good and rowdy ready for the firework show, but it’s a bit of an abrupt ending as Missy yells “Thank you UK” and exits as the first rockets go off. The main stage headliner is never the very last thing happening at Bestival, as the other stages continue well into the small hours of Monday morning, but for a closer Missy Elliott is well and truly one of the most memorable acts Bestival has seen. Even if we aren’t remotely street enough to pull off a supafly silk tracksuit, we are so going online to look for one when we get home… 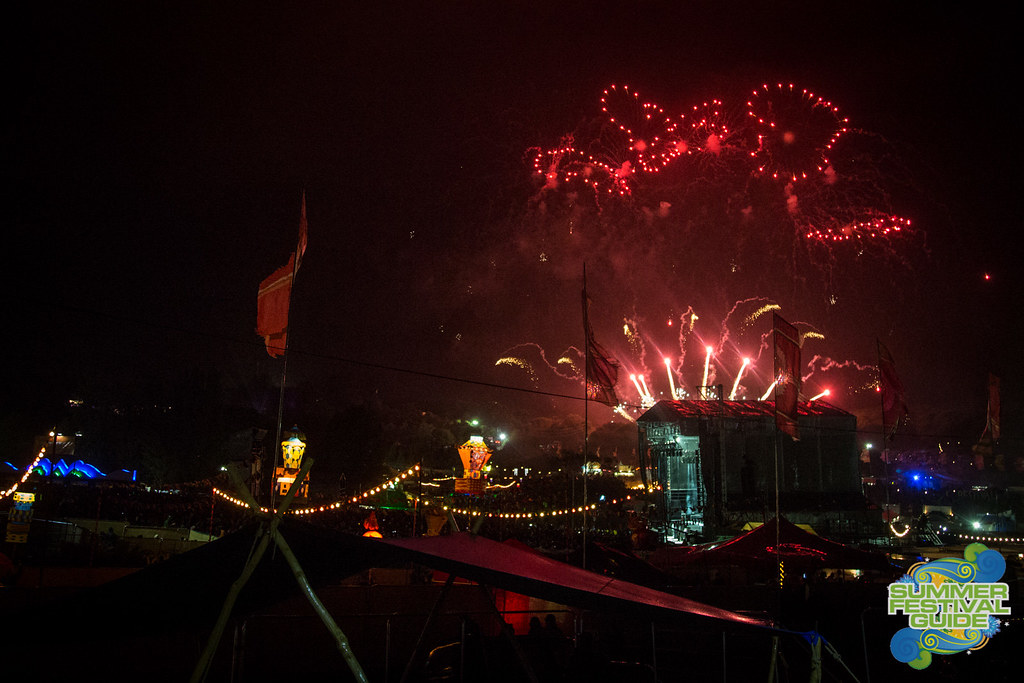