Having been on our hit list for many years, South West Four is delighted to welcome one of planet Earth’s greatest DJs, the magnificent Marco Carola, for our colossal 10th Anniversary festivities. The much loved Italian’s epic journeys through deep techno have caused widespread mayhem over the years, particularly his lengthy sets on the Amnesia Ibiza terrace as part for his Cocoon and Music On residencies. The latter proved to be the talk of the White Isle last summer, with Italy’s finest export since going onto headline festivals across the world such as Timewarp and Awakenings. We couldn’t be more thrilled to welcome him to London… SW4 style!

Always ranking high on any DJ list that matters, Solomun is one of the most in-demand DJs of recent times. Named 2012 ‘DJ of the year’ by Mixmag, the Hamburg based producer has been making huge waves with his unique and modern blend of techno and house. The Diynamic imprint which he founded has allowed Solomun to spread his name yet further, which is set to be elevated to a whole new level this summer via amajor Ibizan residency soon to be announced. Making his SW4 debut this year, Solomun is simply a must see.

Sander Van Doorn is a force to be reckoned with. Synonymous with trance, electro and techno, Sander’s rise to superstardom over the past ten years is testament to his raw talent and dedication. Through classics such as ‘Grasshopper’, ‘Punk’d’ and ‘Riff’, recent hits like ‘Nothing Inside’ and massive collaborations and remixes of The Killers, Lady Gaga, Artic Monkeys, Robbie Williams and Depeche Mode, Sander has developed his own sound which shrugs off the confines of genre typecasting. With a tour schedule that sees him play to more than a million fans each year, we look forward to welcoming Sander to ourhallowed turf, as he leaves his mark on our 10th Anniversary.

Returning for the first time since hosting a Boys Noize Records Arena in 2010, SW4 is extremely excited to welcome back the inimitable Boys Noize for our 10th Anniversary. Bringing to Clapham Common his hotly anticipated ‘Skull’ live show in a full UK festival exclusive, Boys Noize will display the kind of talents that resulted in Rolling Stone Magazine voting him amongst the top 10 ‘DJs who rule the Earth’ in 2012. Famed for pushing electronic music to the very limit, his latest album ‘Out of the Black’ has gained acclaim from critics and peers alike, whilst his new project alongside Skrillex called ‘Dog Blood’ has been setting the world on fire. His live show is going to be an unforgettable experience… you have been warned!

Another artist making his SW4 debut this year is Nicky Romero, who entered the 2012 DJ Magazine Top 100 Poll at number 17 – the highest new entry. Recently, he launched his own ‘Protocol’ brand – involving arecord label, club night and radio show which has gathered huge momentum in a short space of time, reaching over twenty million listeners worldwide each week. Not bad for a 23 year old. Last year Nicky worked with Calvin Harris, Rihanna and Avicii; it’s worrying to think what 2013 will hold. One thing is for sure; Nicky Romero is set to conquer the planet. His next stop? SW4!

Brooklyn’s prodigal son Baauer has been causing quite a stir of late. You would be hard-pressed to find someone who hasn’t heard Harlem Shake or been caught up in the madness that ensues in each video. The man behind the Shake certainly has more feathers to his bow, having remixed the likes of Nero, The Prodigy and fellow trap-heads Flosstradamus, as well as claiming the #1 spot in the iTunes America Chart. In 2012 he signed with the LuckyMe family, whilst his latest offering ‘Higher’ with famed hip-hop producer Just Blaze, looks set to repeat the success of ‘Harlem Shake’. Watch out world; Baauer has landed. 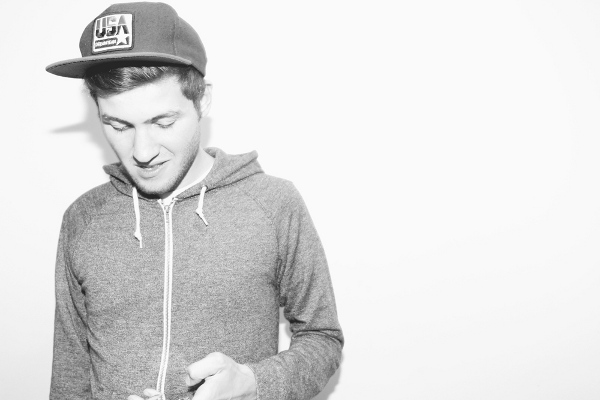