All set to shred the main stage are Northamptonshire five-piece STORMBRINGER. The band live by their mission statement – “to rock as hard as we can, wherever we can, and have a good time doing it!”  Their debut album ‘MMXIII’ can be picked up on iTunes, via Transcend Music.  Stormbringer are more than ready… “We are really proud to be playing Bloodstock.  It's a great festival and having been there as punters, we are really looking forward to tearing shit up!”

With a record 39 skull-crushing bands performing on the New Blood Stage this year, you can be assured that Bloodstock has scoured the length and breadth of the country via the Metal 2 The Masses roadshow to find your new favourite band. The competition has just 4 dates remaining (Bristol, Bournemouth, Plymouth, and Cardiff) so if you don’t have a ticket yet, don’t delay, as most of the dates have sold out upfront!

The second wave of Metal 2 The Masses bands added to Friday’s New Blood bill are Cheshire tech-metallers, THIS IS TURIN who fuse extreme metal and hardcore with their acclaimed live show, East Midlands band CRUEL HUMANITY who blend death, black and doom metal with melody, electronics and aggression to create their own epic sound, and Glasgow five-piece, MAIR, who meld their Pantera, Sabbath, and Zeppelin influences with simple groove, tight rhythms, and soaring solos.  Also added to Friday is the very first Irish winner of Metal 2 The Masses heats.  Hailing from the beer soaked streets of Dublin, WARPATH claim the reputation as Death Metal’s ultimate party machine.  Their ‘Warparties’ are renowned in Ireland as carnage-filled episodes that have been known to last for days.  Their energetic live shows have been described as “ripping through venues like a drunken bull in a liquor store”.  The band are getting ready to bring their craziest live show to Bloodstock this year, so grab a beer and get ready for the Warparty!! 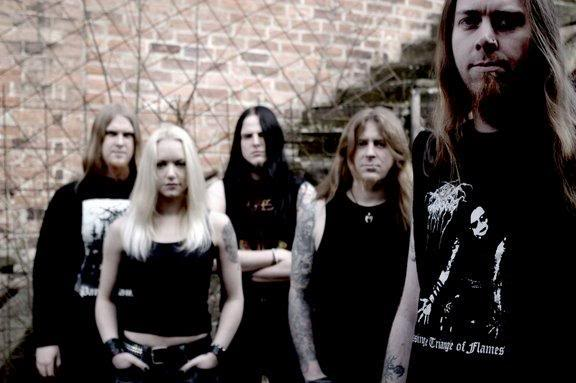 Showcasing their tunes on Sunday’s New Blood bill are Liverpool M2TM winners OCEANIS, who promise to bludgeon and soothe you at the same time, drawing their influences from Lamb of God, Textures, Opeth, Gojira, and Mastodon.  Joining them are Nottingham M2TM champions, LINE OF FIRE, who bring their own brand of southern Stoner Metal to Catton Park.  Featuring Lawnmower Deth’s Paddy, the band boast big riffs and bigger choruses, with just a hint of the blues.  Getting in on Sunday’s New Blood action too are West Yorkshire’s BLUDGER.  Their music is an homage to the progression of metal, blending old school hardcore vocals, the politics of anti-fascist punk, the savage riffs of bands like Anthrax and Pantera, with the polyrhythmic grooves of bands like Helmet and Meshuggah.