Wireless, returns to the UK and will bring the energy to South London’s Crystal Palace Park for the very first time, taking place on 10-12 September.

Headlining Friday is Atlanta legend Future whose irrefutable longevity has secured his spot as one of the most influential artists of the past decade. Having conquered the streets and the charts, crafting a sound that reshaped not just rap but pop music, the Life is Good, Mask Off, Fine China superstar is set to see the night out in style. Wavey UK trap kings D-Block Europe join the bill, as well as the ever-ascending Lil Baby who has fully stepped into his star-moment following arguably the biggest rap album of 2020 ‘My Turn’. One of rap’s true rockstars Lil Uzi Vert joins alongside Gunna – fresh off the success of his critically acclaimed sophomore album ‘Wunna’. Young T & Bugsey fresh off their 3X BRIT nominations, self-anointed Queen of Drill Ivorian Doll as well as Mo Stack, Digga D, M1llionz, Unknown T, SL, and Tiffany Calver & Friends joining the bill. Capital XTRA’s Yinka and the legend DJ Semtex will host the stages.

Saturday is headlined by Grime veteran and UK pioneer Skepta, performing an exclusive Greatest Hits set. One of the scene’s biggest names, the Mercury Award winner has historically kicked down doors in the scene and culture, from its underground origins to its present scale as part of a UK mainstream. Reflecting this journey, Greatest Hits is a one off 2021 special, a gift back to the fans, celebrating a life in music and the times we’ve all lived through together. Grime hero AJ Tracey will make his mark with his highest profile Wireless main-stage slot to date – which will be the first place to see tracks from his newly released album ‘Flu Game’. The critically acclaimed Philadelphia people’s champion Meek Mill will make history with his first ever UK appearance, joined by the Bronx’s very own A Boogie wit da Hoodie and Rea Strummard’s breezy melody man Swae Lee. Also announced are Polo G, NINES, Tion Wayne, Steel Banglez, Central Cee, Hardy Caprio, JAY 1, Swarmz, S1mba, Blanco, Darkoo, Zie Zie with Manny Norte and DJ Semtex as stage hosts.

Sunday will see the world-conquering kings of Atlanta Migos bring the world’s greatest hiphop festival to a close. Quavo, Offset and Takeoff are set to bring flossed-out dark beats and sly humour in tow to the main stage as ‘The Beatles of Their Generation’ prove their staying power. One of the hottest new voices in hip-hop Megan Thee Stallion is set for the main stage – the ‘Savage’ and ‘Body’ rapper is ready to celebrate Hot Girl Summer in the capital. The chart-topping Headie One is set for a hero’s welcome following the release of his #1 album ‘Edna’, as is the UK scene’s versatile veteran Chip who headlines the second stage. Sunday will also be graced by hip-hop’s luxe superstar Rick Ross, the free-spirited stylings of Young Thug as well as M Huncho, MIST, Nafe Smallz, Digdat, Potter Payper, K Trap, M24, Abra Cadabra, Poundz, Charlie Sloth & Friends, with Manny Norte and DJ Semtex on hosting duties.

London’s Finsbury Park will once again play host to some of the biggest artists on the planet as the lineup for Wireless was released.  Taking place across the weekend from the 3rd July to 5th July 2020, this is bound to be a sellout so get your tickets fast! 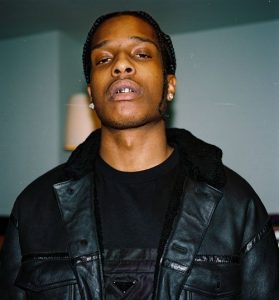 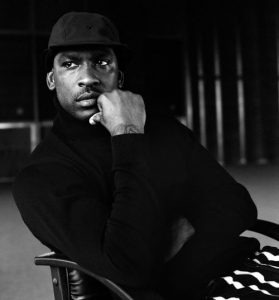 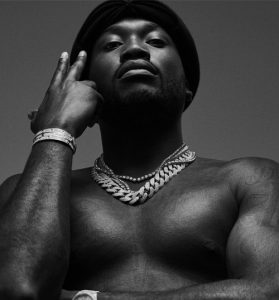 Platinum-selling Dublin based four piece The Coronas will perform at the festival on Sunday 8th July. Currently the biggest-selling independent group in Ireland, the band are renowned for their high-energy live shows. New single Addicted to Progress  is from forthcoming album Closer to You, produced by studio legend Tony Hoffer (Air, Beck, The Kooks, Belle and Sebastian) and showcases the boys at their best – it remained in the top 5 Irish Airplay charts for over 13 weeks!  This follows platinum-selling 2009 albumTony Was an Ex-Con, which went straight to No.1 in the Irish Indie and iTunes charts and won the guys a prestigious Meteor Award for album of the year, beating the likes of U2 and The Script. With an ever-growing fan base, the band have sold out Dublin’s Olympia 6 nights running, had a string of sold out UK wide shows and will firmly hold their own at T in the Park this summer.

Danny O’Reilly, The Coronas said: “We're so excited about getting to play T in the Park this year. The reception we get in Scotland has always been amazing and to play at such a historic festival is going to be a highlight of our summer. We promise to give every ounce of energy we have!"
London rapper Dot Rotten was nominated for the BBC’s Sound of 2012 poll and his forthcoming third single Overload’ (sampling the 1996 hit ‘Children’ by Robert Miles) was selected as Zane Lowe’s Hottest Record in the World – this is certain to become one seriously hot summer anthem. American rapper Meek Mill was included in MTV’s ‘Hottest MCs in the Game’ list and has racked up collaborations with T.I., Lil’ Wayne and Drake. He recently released the second instalment of his Dreamchasers series and signed a management deal with Roc Nation, which will ensure he rockets to the top in 2012. Fans can catch the new ‘must see’ rappers on the block at T in the Park this summer.
London based band Dry the River have had a phenomenal year. They sold out Camden’s Electric Ballroom three months in advance and landed a coveted slot on the BBC’s Sound of 2012 poll. The band were a big hit at SXSW and their debut albumShallow Bed has secured excellent reviews across the board.
Teengirl Fantasy are Logan Takahashi and Nick Weiss – electronic visionaries who met at Oberlin College, Ohio and first made noise with the release of their critically acclaimed album 7AM  in 2010, which was praised for its creative use of samples and experimentation and made numerous year-end lists including FACT, Pitchfork, XLR8R. Festival Director Geoff Ellis was reminded of their innovative talent when a friend posted one of their tracks on Facebook, and promptly booked them for the last remaining slot on the Slam Tent bill. Last year they toured with Crystal Castles, and the Amsterdam based boys are heading to T in the Park to complete an incredible Slam Tent line-up and showcase tracks from new album Tracer this summer.