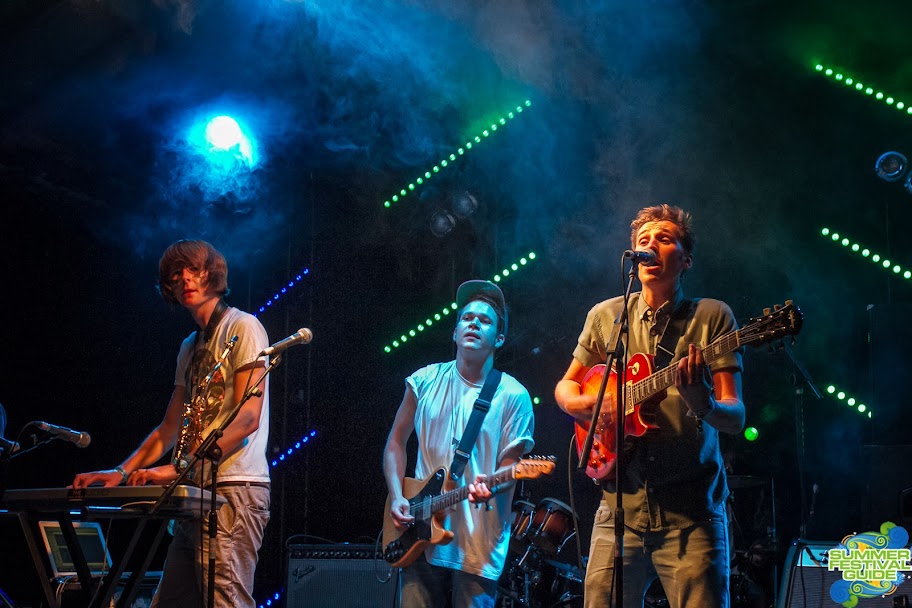 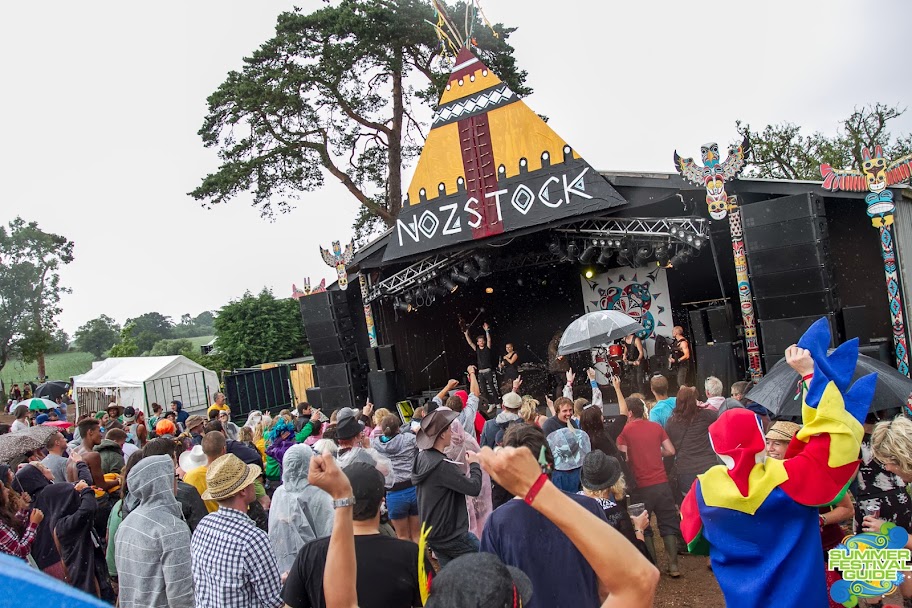 As well as the usual dazzling selection of musical talent on the main stage, the Festibelly field will play host to a number of venues and attractions including Terrapin Station, Le Disco, brand new Le Roller Disco, Massive In China and Autumn Shift – together creating a kaleidoscope of psychedelic gypsy to dirty disco, wrong cabaret, circus performance, wonky gameshows, cosy cafés, poetry, painting and more. This year Festibelly flings its arms wide open to those with young Festi Critters, bringing new kids entertainment area The Owlery to site.

Wychwood Festival is proud to confirm the 11-member strong Bellowhead for 2012, headlining the main stage on Friday 8th June. Five time winners of Best Live Group at BBC Radio 2 Folk Awards, Bellowhead’s set will be a special opening night treat. Armed to the teeth with South American charm and soul The Cuban Brothers, will strut their stuff on Wychwood’s main stage on the Friday 8th June, while Howard Marks, renowned for his captivating spoken word and story telling, will step up to the mic in the Big Top on Saturday 9th June. Also appearing on Saturday over on the main stage are Doctor & The Medics, the psychedelic rockers famed for their number 1 single ‘Spirit In The Sky’.

From a recent appearance on Rob Brydon’s 2011 Christmas Special on BBC2 to Cheltenham Racecourse, The Magic Tomolinos’ punk infused Balkan folk will headline Friday in the Big Top. Sunday’s Big Top welcomes folked-up hip-hoppers Dizareli and The Small Gods, while the cheekily named Thrill Collins return to Wychwood offering up cover versions skewed with their own ‘nu-skiffle’ twist as part of Sunday’s main stage line-up as will JuJu. Comprising of artists Justin Adams and Juldeh Camara, JuJu present a heady mix of traditional African and leftfield jazz sounds on Saturday alongside fellow musicians Billy Fuller and Dave Smith.

Also now on sale are day tickets to Wychwood Festival ranging from only £37 to £53 for adults, customers purchasing day tickets will also have the opportunity to purchase day ticket camping for only £10 per adult.

Famed for delivering a truly family-focused festival experience, Wychwood leads the way with innovative programming designed to delight children as well as wonderful music from around the world to entertain the adults.  Since launching in 2005, Wychwood has become one of the UK’s most successful independent arts events of the summer season and been nominated in the ‘Best Family Festival’ category at the UK Festival Awards every single year.

Experimental disco outfit, Hercules and Love Affair, are set to top the bill on the Twisted Licks Stage on Saturday night, joining Main Stage headliners Spiritualized and Battles in complementing this years Gods & Monsters theme. Elsewhere, Howard Marks is headlining the Under Covers Literary Loungewhich includes, along with readings and comedy, a Literary Death Match contest and the inauguralStandon Callings Bad Sex Awards.
Joining the musical mix are John Grant and his musical tales of redemption; Chicagos nine-pieceHypnotic Brass Ensemble showcasing their high-energy, brass-fuelled, hip-hop funk fusion; Dan Le Sacon DJ duties and Scottish six-piece indie-folksters Broken Records. The likes of Cut A Shine, The Travelling Band and The Moulettes, meanwhile, will provide the Magpies Nest Stage with a decidedly up-tempo folky flavour.
Standon Calling festival is known for much more than its inspiring musical line-up and promises more themed entertainment than ever before. Heavenly (or heathenly) offerings include a Garden of Healingchill-out area with massages and more; a Monster Safari where the cabin crew will serve up improvised comedy and free shots of tequila; and a Hellhound Show (think dog show, but hosted by Lucifer).
Theres a Where the Wild Things Are play area for kids and a Zombie Marketplace full of shops and stalls. Pagan Pilates is on offer to stretch out over-danced limbs, while the Goddess Grooming Parlourcan restore festival-frazzled guests to their full glory. Finally, alongside an excellent range of eateries, East Londons Rebel Dining Society is offering festival-goers the chance to dine like deities with a Feast of the Gods where people can enjoy a gourmet banquet of biblical proportions!
Im really excited about all the new entertainment we have lined up this year, says Festival Director Graham MacVoy. Weve never had so many new areas before and moving around the site is going to be a real adventure. One moment you can enter a space hopper race, the next you can have a massage. Besides the three main stages and on-site nightclub weve also got a rolling stage travelling around the site offering interactive entertainment.
LINE UP SO FAR:
SPIRITUALIZED / BATTLES/ HERCULES AND LOVE AFFAIR / HOWARD MARKS / PENGUIN CAFE / JOHN GRANT  / JOHN COOPER CLARKE / HYPNOTIC BRASS ENSEMBLE / SAUL WILLIAMS / ERRORS / THE CORRESPONDENTS / DAN LE SAC / BORN RUFFIANS / BROKEN RECORDS / EGYPTIAN HIP HOP / THE MUMMERS  / TROPHY WIFE / SOUND OF RUM / GALLOPS / MALACHAI / BRASSROOTS / RAGHU DIXIT PROJECT / REVERE / VARIOUS CRUELTIES / FUNERAL SUITS / WORSHIP / TRIPWIRES / CUT A SHINE / THE TRAVELLING BAND / THE MOULETTES / TROUBADOUR ROSE / KIDNAP ALICE / SAM LEWIS / SERIOUS SAM BARRETT / BEANS ON TOAST / CHICKEN SHED ZEPPELIN / COSMICORUS / HOLLOWAY JUG BAND / THE WAGON TALES / COCOS LOVERS / THE CEDARS / AHAB / PETE LAWRIE / SILVER MOTHS / YELLOWBELLYS / LITTLE ROBOTS / LOOSE MOOSE / TRINGBAND / MARTHA & THE ARTHURS / PLASTER OF PARIS / TRENTON & FREE RADICAL / JESSIE LEE BURN / ALAN THE BEARD WRIGHT & FRIENDS / MADDOX / DOWNTOWN WOLVES
TICKETS INFO:
Adult Weekend Ticket 120
Teenage Weekend Ticket* 100
Under-12s FREE!
Camper Van Ticket 40