Following its US debut in Miami at Art Basel on December 6, elrow’art’s Kaos Garden will make its New York debut on three stages at Avant Gardner on December 14.

Famed Multidisciplinary artist Okuda San Miguel and Renowned Producer/ DJ Paco Osuna will represent, through avant-garde art and electronic music, their particular vision of ‘The Garden of Earthly Delights’ in an experience where the audience will be part of a great piece of interactive art.

elrow and Paco Osuna have curated a very special musical lineup featuring the trendiest DJS from around the globe: Lee Foss, Eats Everything, Latmun, and Jacky plus B2B sets from Jean Pierre and Jesse Collaso, and Charles Meyer and Joe Pompeo, as well as elrow residents Bastian Bux and De La Swing. Lee Foss’s Repopulate Mars crew will take over King’s Hall with its out-of-this-world vibe. The event continues elrow’s celebrated New York residency and provides New Yorkers a one of a kind experience unlike any they’ve had before.

Pushing the parameters of what is jovially known amongst us music journalists as ‘festival season’ lies Boundary Brighton. Boasting an impressive line-up for its inaugural year, this one-day dance music extravaganza definitely made its mark. Exhibiting an impressive list of DJ’s and acts across four stages, the festival collaborated with clubs and venues across Brighton alongside party innovators Elrow, music publication Mixmag and the infamous LWE to curate something pretty brilliant to witness. 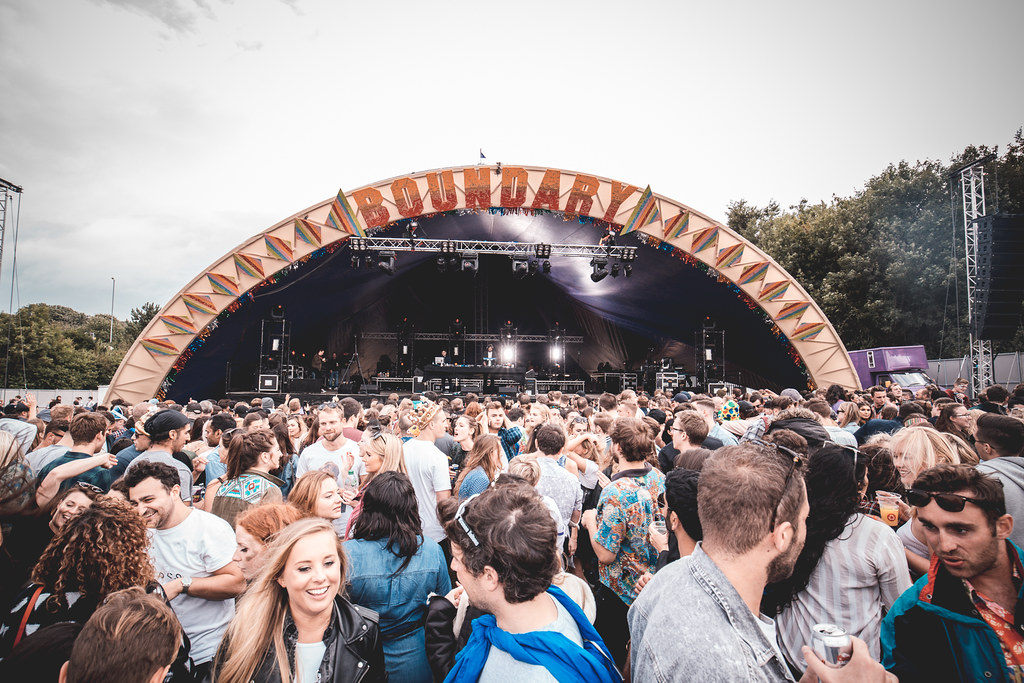 The main stage combined one of Brighton’s most beloved venues, Concorde, with the go-to publication for all things clubbing and dance music; Mixmag. Artists such as Bondax and Groove Armada (DJ set) took to the stage, as well as the energetic Gentleman's Dub Club, a delightful surprise, whose combination of ska and dubstep, suited appearance and Yorkshire accents over reggae vocals, brought an incredible live show. A DJ set by Wilkinson closed the stage down with an immense stamina and an energetic collection of tunes. 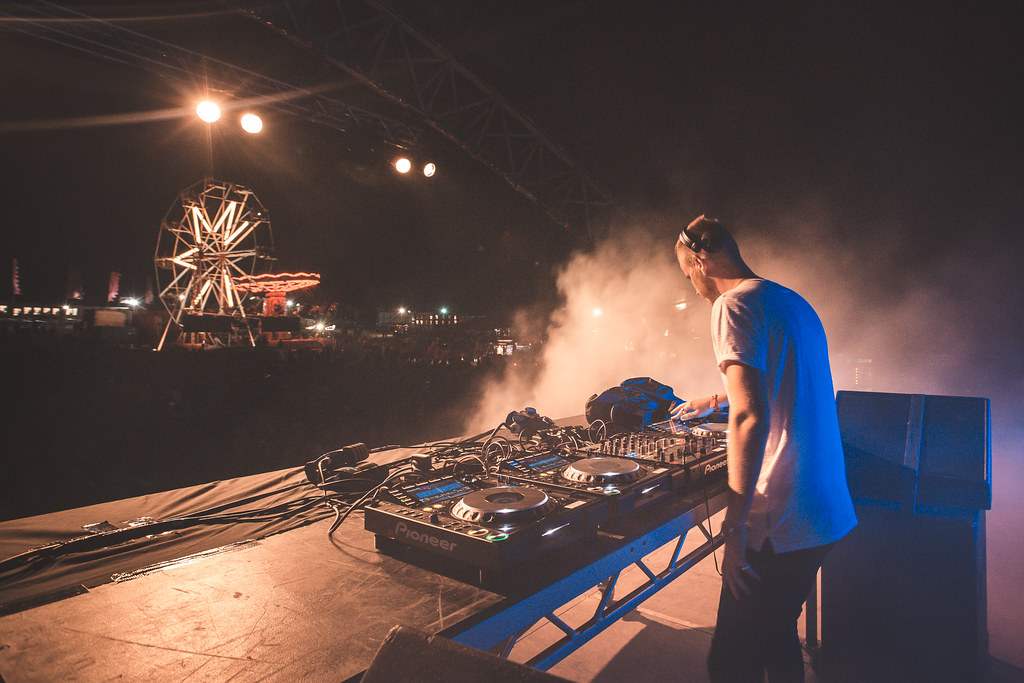 Notorious party-starters Elrow teamed up with Brighton’s The Arch – formerly known as Digital – to create a colourful psychedelic stage. If you haven't yet heard of Elrow, that's about to change, as the Barcelonian party enthusiasts have been putting on nights left right and centre; most notably the Ibiza classic Space. The Vibrant tent hosted the likes of Solardo, Seth Troxler, and Richy Ahmed all cocooned in a tent trying to be Woodstock, yet sounding pretty far from it.

One of London’s biggest underground events organisers LWE teamed up with Brighton club Patterns; still relatively new on the club scene since the death of Audio not too long ago (may it rest in peace) and I must say, whoever had the idea to build a fake London Warehouse as the set up for an inside stage was a genius. Entering the ‘building’ transported you into a club-like arena, where the likes of Jackmaster, Joy Orbison wowed the crowd, as well as sets from Patterns residents themselves. Last but not least, Boundary also set it’s very own bandstand. The smallest stage but still able to attract a crowd, the masked man Jaguar Skills played a hit-heavy set, albeit sounding a little rusty.

The man of the hour award definitely goes to Craig David and his new DJ project TS5. After the build up of one of the biggest revivals in garage history, Craig David’s comeback is definitely going strong. Though rumours of TS5 being a little rusty are still floating around, by the time the headliner hit the stage you could tell he’s cleaned up his act and his setlist was selectively fine tuned to please everyone from the 90’s kids in the crowd to old school garage fanatics. Being a fan as I am, I must say I’m probably a little biased but listening to Fill Me In and Seven Days live was enough to complete my summer of festivalling and if the attitude of my fellow punters in that crowd was anything to go by, I’m guessing they’d agree with me. 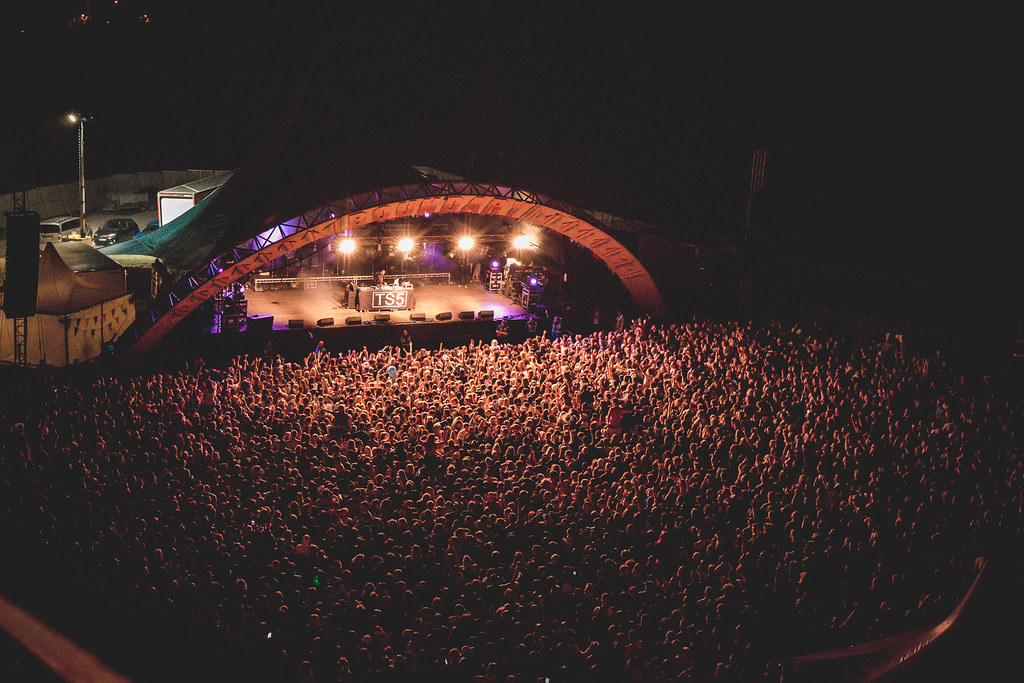 This being said you can tell Boundary is still finding its feet. Though it’s had some great ideas and, in my opinion, had a pretty successful launch, it could do with a few tweaks. There’s no specific wristband system so punters are let in with no chance of re-entry if they leave, which would be fine if it didn’t make for a very confusing entry, there are no maps or clear labels as to which stage is which and punters have to check paper set times to make sure they catch who they want to see, It’s also pretty small. Though it held a 20,000 capacity, the festival site felt similar to a village fete making the four stages feel pretty squashed together. Nevertheless, in a way, this worked as a positive, as it promised big, energetic yet friendly crowds for each stage. 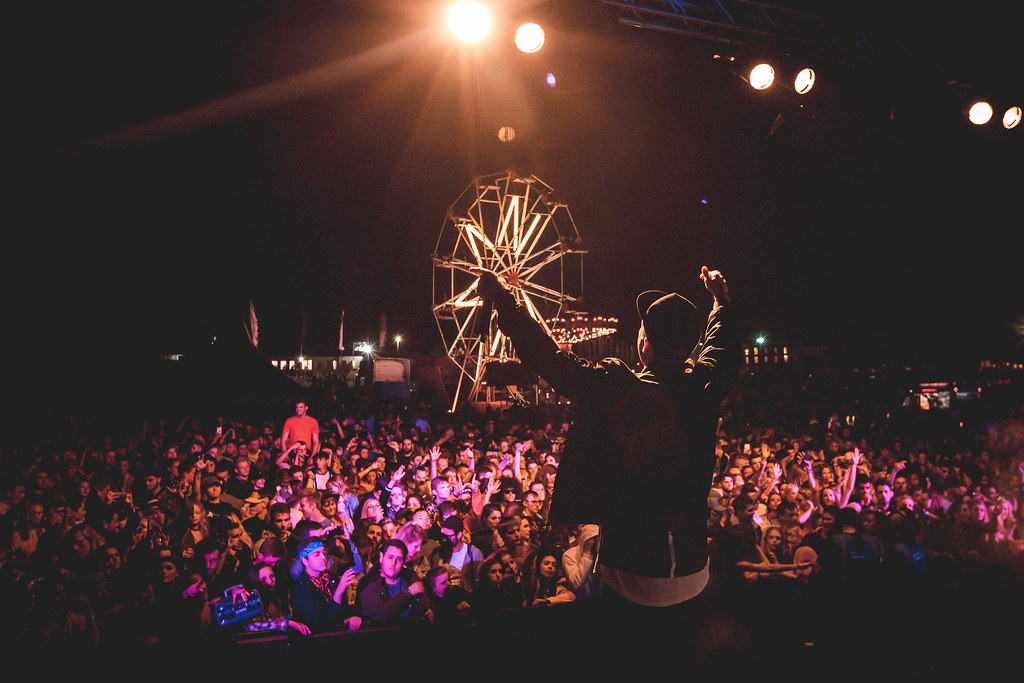 The acts themselves put on a great show, but with the renowned names on the bill and the brand of Brighton nightlife surpassing the name of the festival itself, this is hardly surprising. Though despite each stage’s own collaboration, all the music did feel a bit samey, samey. DJ’s and dance music aren’t always all too different and you come to appreciate the skills of each act you see, as well as their ability to captivate a crowd, but maybe next year it would be good to focus on a specific subgenre for each stage instead of mixing it up across the board. Do this, and Boundary could quite possibly become the next dance/club pilgrimage of the summer.

All images provided by www.visionseven.co.uk for Boundary Brighton.