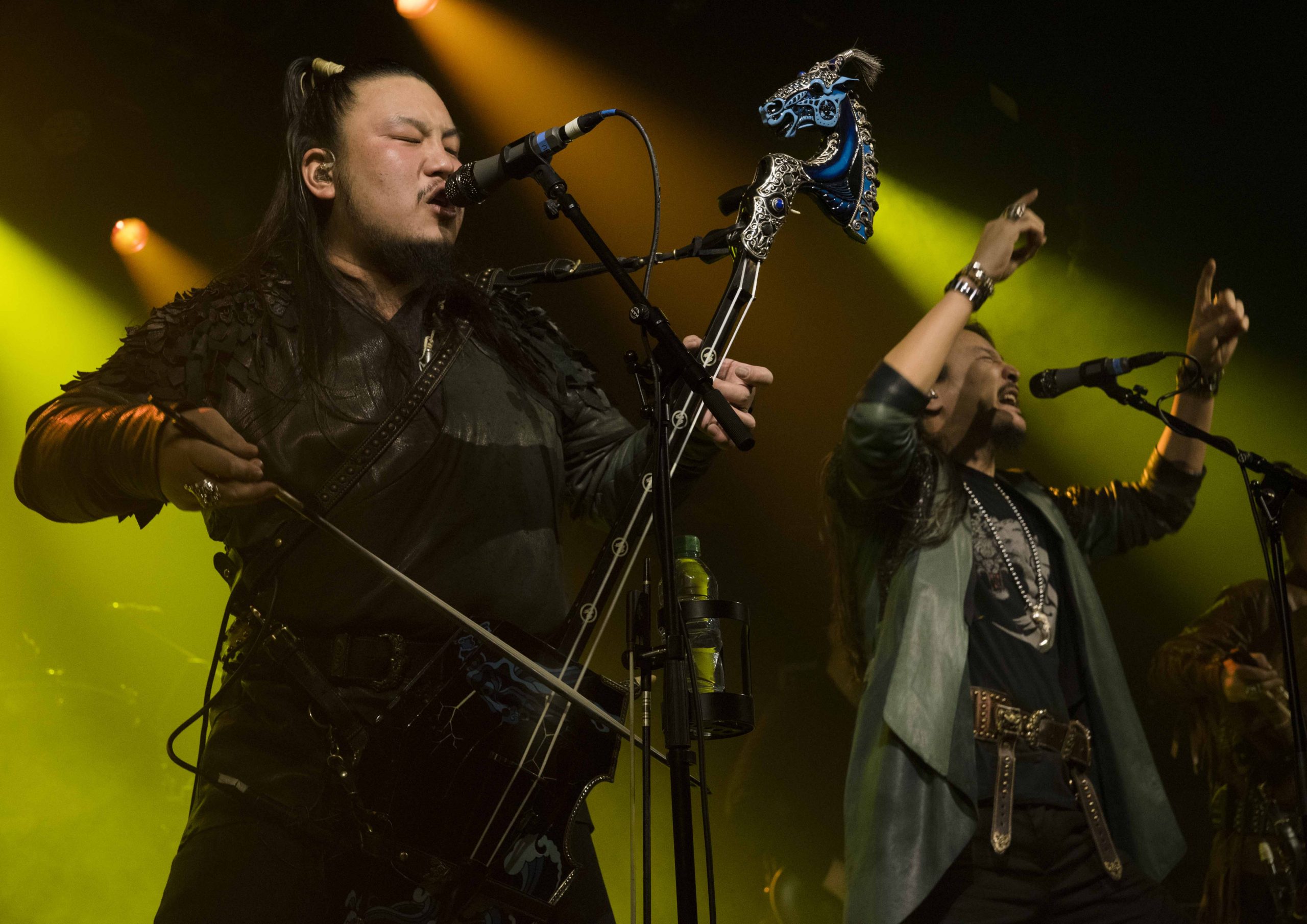 A few years ago, one evening I started browsing through music videos on YouTube and came across Mongolian rock band The Hu. I remember thinking how different these guys were and that I doubt they would ever tour the UK, but i was proven quite wrong. In 2019 they played in the UK and then announced a Spring European and UK tour for 2020. All the shows had sold out.
I was lucky enough to attend their show at the legendary Electric Ballroom in Camden, London on Tuesday 11th February. It was a cold evening in which I was warmed up when entering the venue to a packed out room with eager fans awaiting for the music to start.

Up first was support act , the American heavy metal band, Fire From The Gods who put on a great performance full of energy and built up the crowds anticipation for The Hu. Fire From The Gods will be performing Download festival this year on The Dogtooth Stage so make sure you check them out.

During the interval the crowd were mingling, drinking and loudly chanting ‘HU! HU! HU!’ When the time had come for The Hu to enter the stage the four main band members stood along the front of the stage with a backing band behind. The band had initially formed back in 2016 and have since gained a huge following online with 624k subscibers on Youtube alone! The members are Jaya, Gala, Temka and Enkush. The band were dressed in Mongolian attire with leather and top knots.

The opening song is Shoog Shoog followed by other songs off their debut album The Gereg. The band also performed Black Thunder which has become widely recognisable after being featured on the hugely successful 2019 Star Wars game Jedi: Fallen Order.

The members didn’t appear to have a good grasp of the English language knowledge apart from “Thank You”, but honestly it really didn’t matter as the audience could still relate to the band during their set.

They are one of the most intriguing bands I had ever seen as they have created such an unusual yet enjoyable style of music based on throat singing. They put on a great show and I can highly recommend checking them out if you have not already.