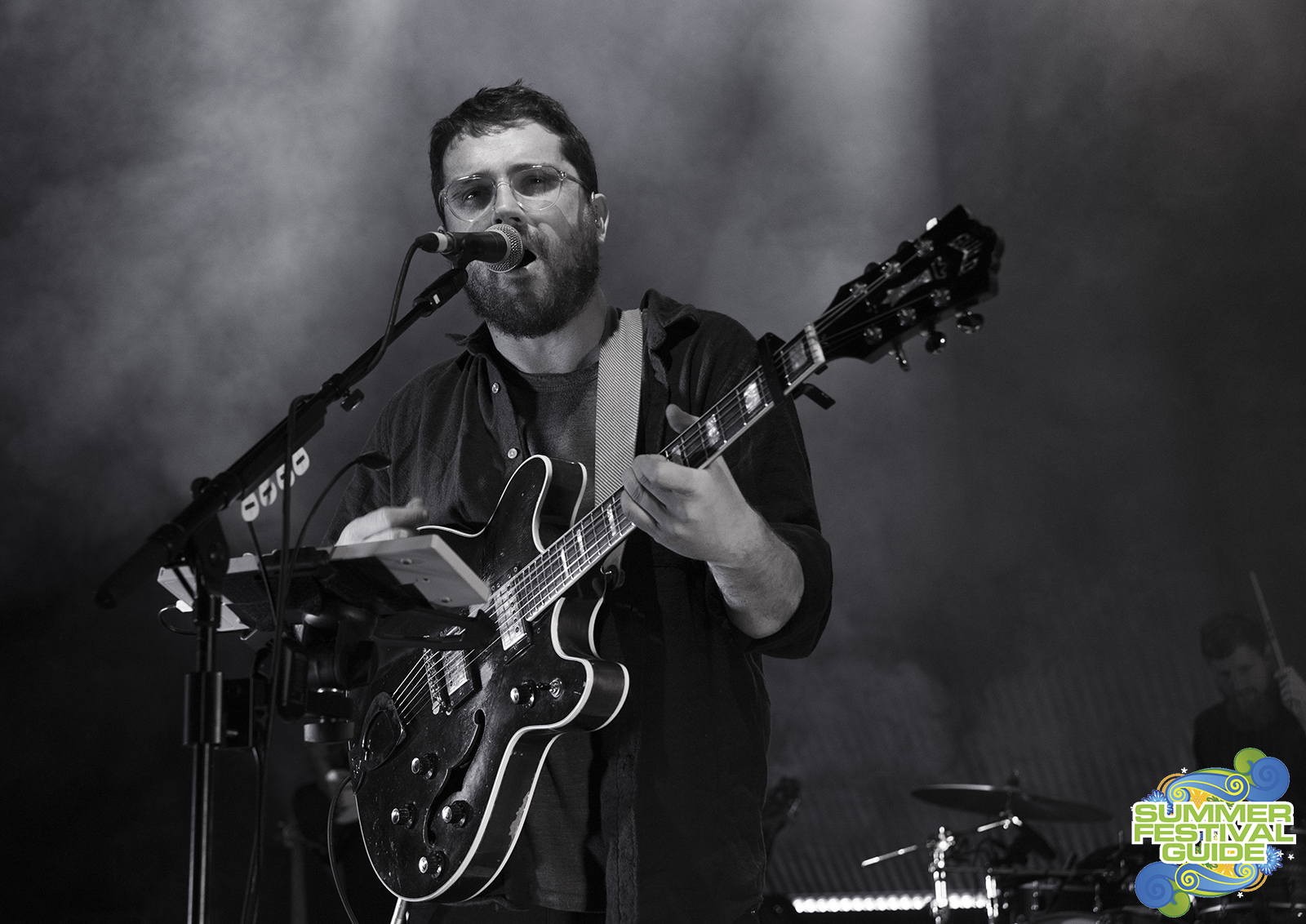 London based band Bears Den stopped off on their ‘So That You Might Hear Me’ tour at the legendary venue Sheperd’s Bush Empire, in which is a very important place for them as noted during the show as one member was formerly an employee at a local pub just along the same road as the venue. Both London shows were sold out and it was their last UK show before jetting off to play all over Europe.

Arriving at the venue with a capacity of 2000, the room is filled with excitement from the crowd. Whilst patiently waiting for the first act Tusks to arrive on stage, people were sipping at their beverages , chatting amongst themselves with many also observing the merch stall. 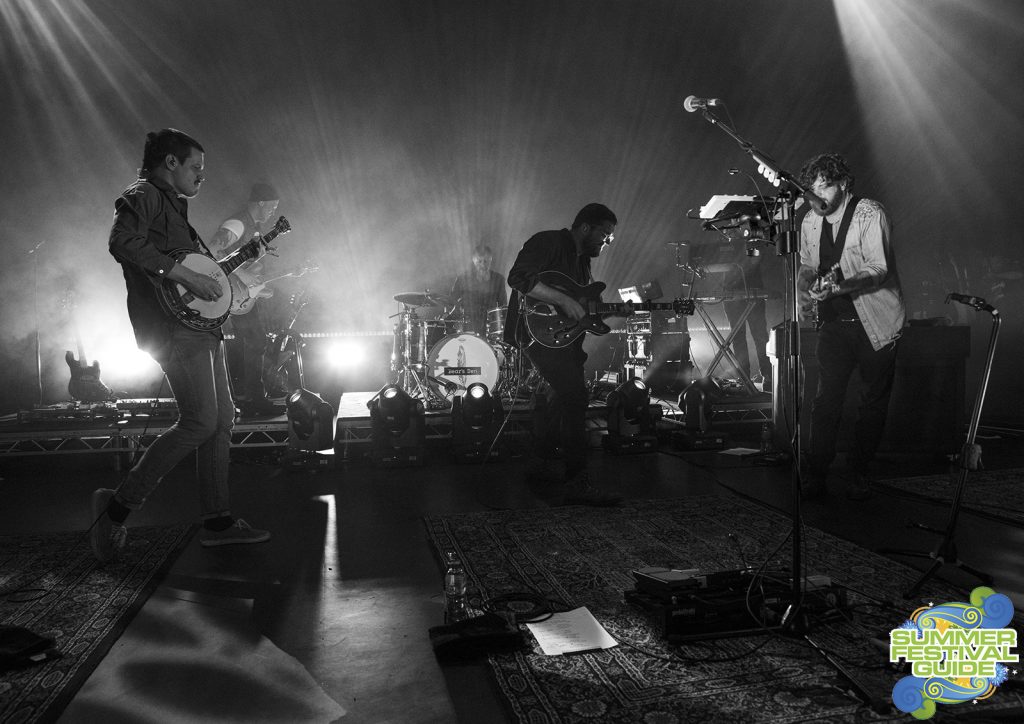 The stage was lit with blue lighting with a gentle haze of smoke while two vintage styled rugs were seen covering the floor. Around 8:00pm, the lights began to dim and support act Tusks took to the stage. Tusks is actually the stage name for performer Emily Underhill. Her style of music is most suited to an electronic indie pop genre. Her sound can be likened to that of London Grammar. The artist expressed that she was very grateful to be supporting Bears Den and especially for two consecutive nights as it is a venue she has always dreamed of performing in. Her set showcased a total of six songs including the single ‘Be Mine’, which is featured on her new album that is due for release in June. She was well received with the crowd who were now really looking forward to the headliners. 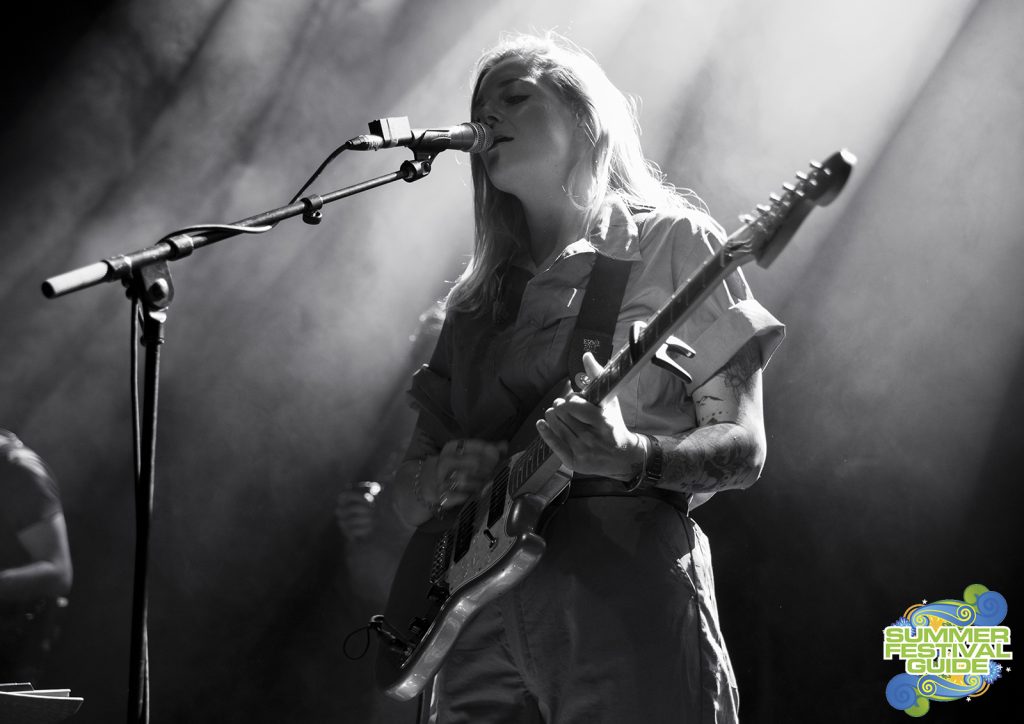 The stage was cleared quite quickly and was all set up for Bears Den. With guitars all ready and also a little wooden piano. As the lights dimmed they had the most nostalgic sci-fi style intro as the Terminator theme tune played them in. The duo walked on with four supporting musicians. It was still pretty dark with just a few white lights that focused on the band from below as they played their first song ‘Fuel On The Fire’. Shortly after, their second song of the evening saw singer Andrew Davie said how great it was to play the venue again and that we do have more songs to play.
The crowd swayed and danced during the performance. When playing ‘Sophie’ the band turned off all equipment and came to the front of the stage and asked for complete silence and kept it simple with an acoustic rendition of the song. They also performed an unplugged song in the crowd later on in the show which was ‘Blankets Of Sorrow’. 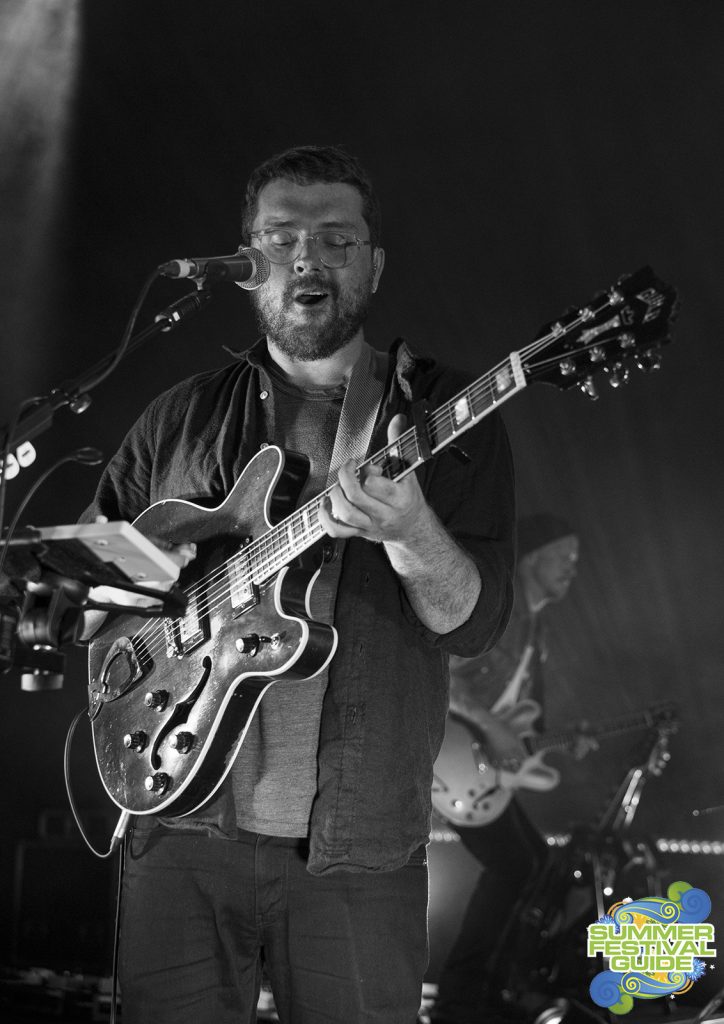 When performing, ticket holders enjoyed singing the lyrics along with the band. Bears Den played a wide range of new and classic songs which included music from their latest album which was only released this month (April 2019). The album is due for release just a few short days after this gig at Sheperd’s Bush. Band member Andrew toasted the show with a shot and expressed a huge thank you to everyone who has supported them over the years.

At the end of the evening the band brought their show to a close with probably one of their biggest hits to date. ‘Agape’. It was the perfect way to end the evening.
You can catch the band on their European tour and also at Citadel Festival in London on 14th July 2019.