It’s day three of Bestival, we’re all sunburnt, knackered and happy – but we’re back in the Castle Field eagerly awaiting London bad-gal rapper, artist, political activist and all round boss babe – M.I.A. The main stage is set with billowing yellow drapes reminiscent of a Disney princess dress and a neon archway which looks like you could descend to Moria through it. If you know, you know. The arena is packed out and everyone is looking forward to one last night of debauchery before having to head home to the real world.

Red shell-suited dancers attack the stage with a vengeance, and M.I.A. herself emerges from the temple doorway wearing an all-white ensemble apart from one very loud, tiger print um… chap? Half of chaps. Can I call it chap singular? Anyway, the energy is up, she’s wrapped in a floral headdress and already smashing through the likes of ‘Bamboo Banga’ and ‘Y.A.L.A.’. She is pure power in these first few songs, keeping up with her Tamil dance crew and winding in her shredded shorts, before jumping down to high five people in the crowd. 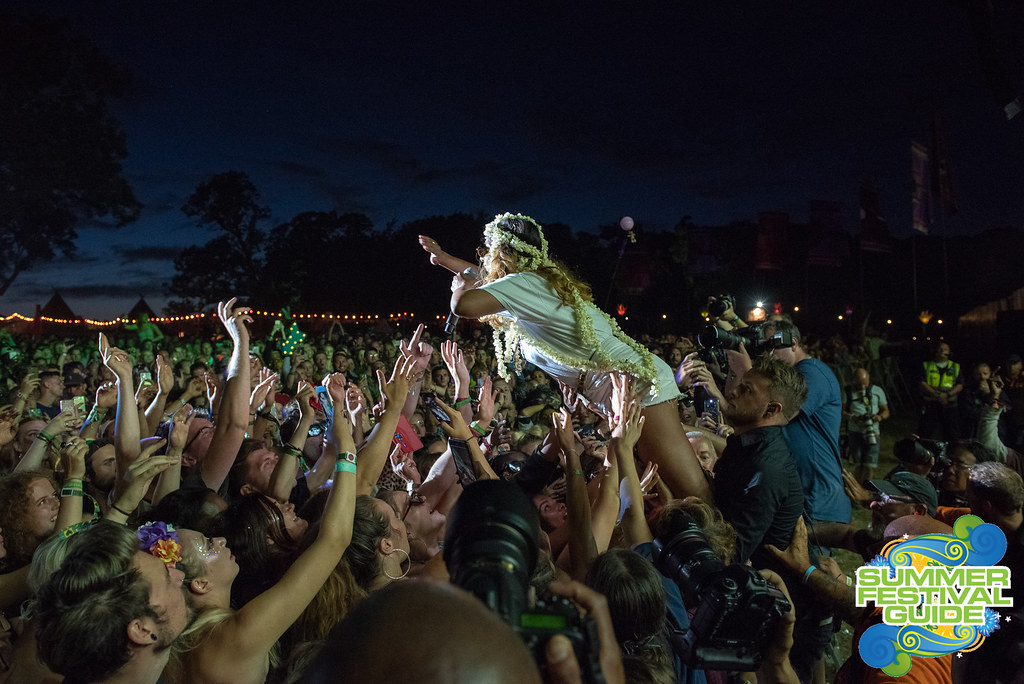 For all of Maya’s raw musical talent, the political activist in her is still very much present and integrated into her work, backdrop visuals of Syrian refugees accompany her swift lyrics while her DJ seems to vie for attention yelling out “M.I.A.” and “Bestival”. Returning to the stage after a brief pause, Maya is now rocking a massive shiny boxing style robe and we’re treated to a heavy hitting “Live Fast Die Young” which is honestly the highlight of the set – especially because it comes dance moves. Hey, it’s no Macarena but having been a child of the 90’s I know how to Miyagi wax-on-wax-off with the best of them.

Confusingly M.I.A. yells “Where the boys at?” hold on… equality always… I guess it’s time for the boys… maybe we should get some boys on stage…” and none appear to materialize. No-one cares though, both factions of her female dancer troupe are absolutely killing it. One funny/soul destroying moment, is Maya calling out “Hey Bestival, now we need your help… we want you to sing with us, are you ready for it” and asking for people to get their lights out. It’s a sea of phone torches instead of lighters these days, I’m nostalgic for the warm glow of real fire in this blanket of LED. I feel old.

Rolling into ‘Boyz’, Maya is back down the front throwing flower petals from a basket into the front row and standing up on the barrier holding hands with fans, a security guard holding onto the seat of her pants for safety. She calls out “Bestival if you’ve still got fucking energy let me hear you” before exclaiming that she only has 7 minutes left. Given the 15 minute late start, this makes for a pretty clipped set, but luckily she is allowed to go on a little longer. After handing the mic to a person in the crowd who decided to use the platform to wax lyrical about going out there and being an astronaut if you want to – bit weird… she finishes up with super-hit ‘Paper Planes’ and amusing bird-hand motions.

Just to cap off the political slant to the whole set, Maya exits the stage with a stinging jibe “The British government got some apologies to make around the world” and with that, the Castle stage is officially closed for 2018. I know M.I.A. isn’t everyone’s cup of tea, but you can’t deny her fierce energy and I applaud her use of her platform to speak on issues she is passionate about. She’s everything Bestival stands for and pulled off a solid headline set. 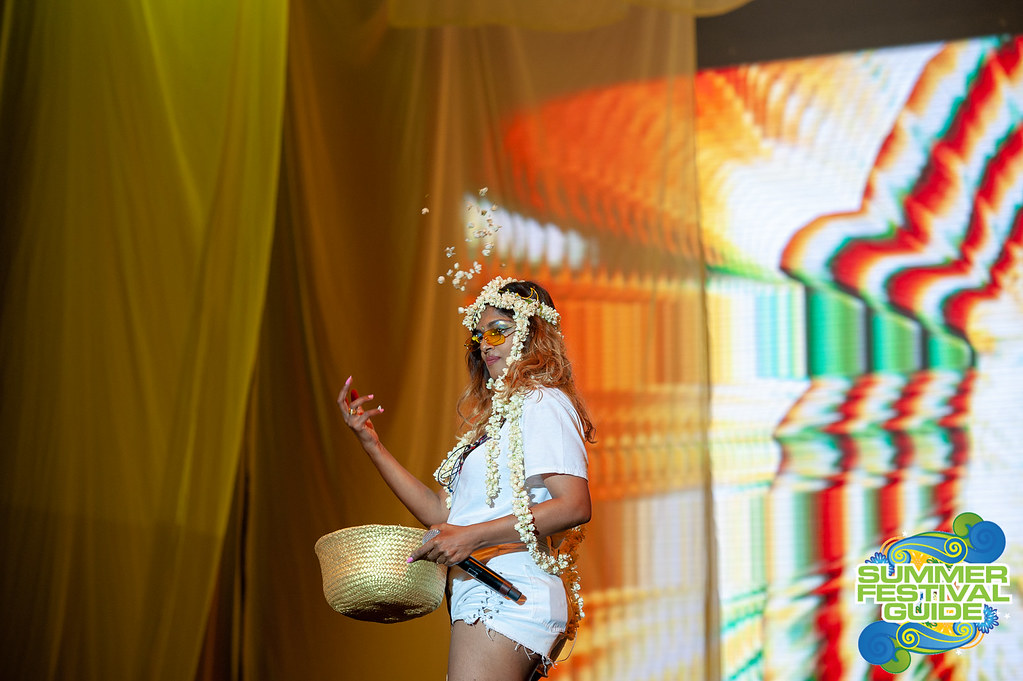