After a stonking warm up of the always incredible (and insane) Grace Jones, and the most spectacular 15th Anniversary fireworks and AV show on Lulworth Castle, we’ve been expecting big things from London Grammar tonight. The sky is cloudless and cool, a welcome relief from the scorching days and the stage is set, well… incredibly minimally.

As the band take to the stage after an inordinately lengthy intro, visuals of the moon and stars set the scene, and lead vocalist Hannah Reid launches effortlessly into ‘Hey Now’. ‘Wasting My Young Years’ is beautiful, but honestly, it’s all a bit of a come-down after the raucousness of the previous acts. It feels a bit like giving a kid a lolly before bedtime and then expecting them to lie down for the lullaby – yes Bestival is eclectic and has always been known for having a bill with something for everyone, but the people are voting with their feet and the arena is already looking sparse as people seek rowdier pastures at HMS Bestival, Bollywood and The Temple.

As the band head into a cover of Kavinsky’s ‘Nightcall’ I can’t help but think that the original with it’s soft but strong beat would have gone down better, but ‘Rooting For You’ is undeniably stunning. I just so wish they’d been framed by a similar act, something to get us into the right mood for this. It’s clear they’ve got plenty of die-hard fans at the front, but there’s no denying that the turn-out is considerably thinner than for Grace Jones. 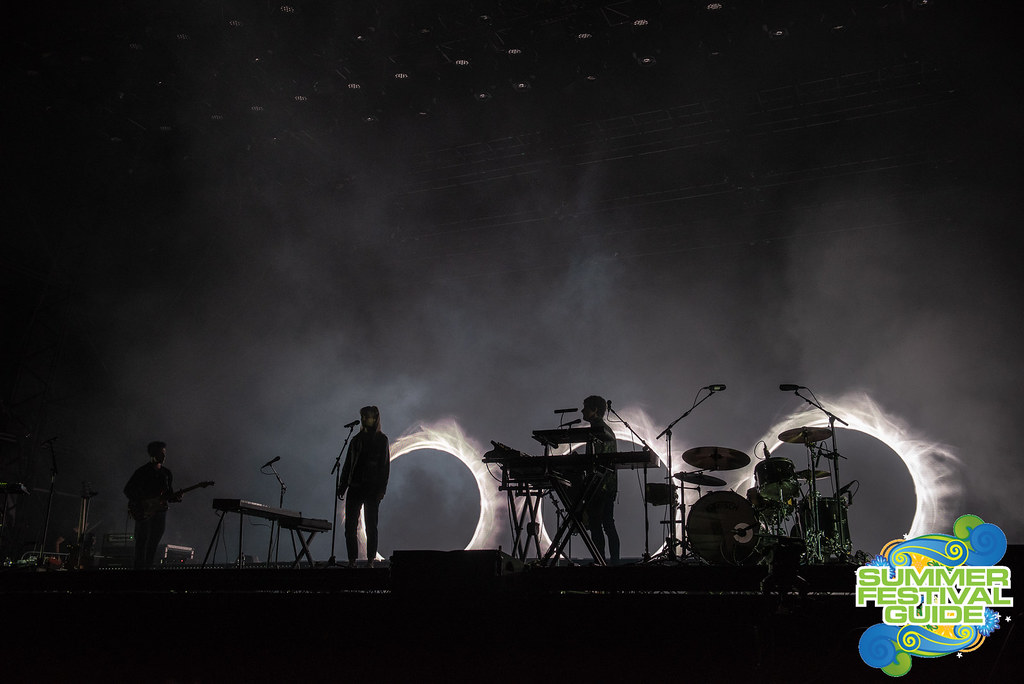 For an awkward pause of about ten minutes, someone decides to scale one of the trees in front of the stage… out of boredom or love – we’ll never know but it shuts down the proceedings while security attempt an extraction. Reid calls out “So we’re being told that there’s a guy in a tree… I don’t know which tree… but basically, we can’t carry on – we're gonna be shut down until he gets out of the tree. So I’m actually not allowed to start singing until he’s out of the tree.” Which comedically elicits a range of both boos and cheers, further supporting the divide tonight.

Finally the stunt is over and Reid quips “He’s out of the tree! He's naughty…” before resuming with ‘Strong’. Finishing up with ‘Big Picture’ before the one song encore of ‘Metal & Dust’ against a pink-rain of stars backdrop, it really is beautifully ambient. Calling out to the crowd one last time, Reid muses “Robbie had us for one of our first ever shows here, in a tent and it was one of the best gigs we've ever done. It’s crazy to think that was 6, 7 years ago. Thank you!”.

For me this was a tough one. Yes I think London Grammar are fantastic, but do I think they had that site-wide appeal a headliner should garner? Ultimately, no. Whilst it’s true everyone has different tastes, upbeat bands are always going to win when it comes to headliners, especially at Bestival where people are here to set themselves wild and free. Sorry London Grammar, you just didn’t grab me this time. 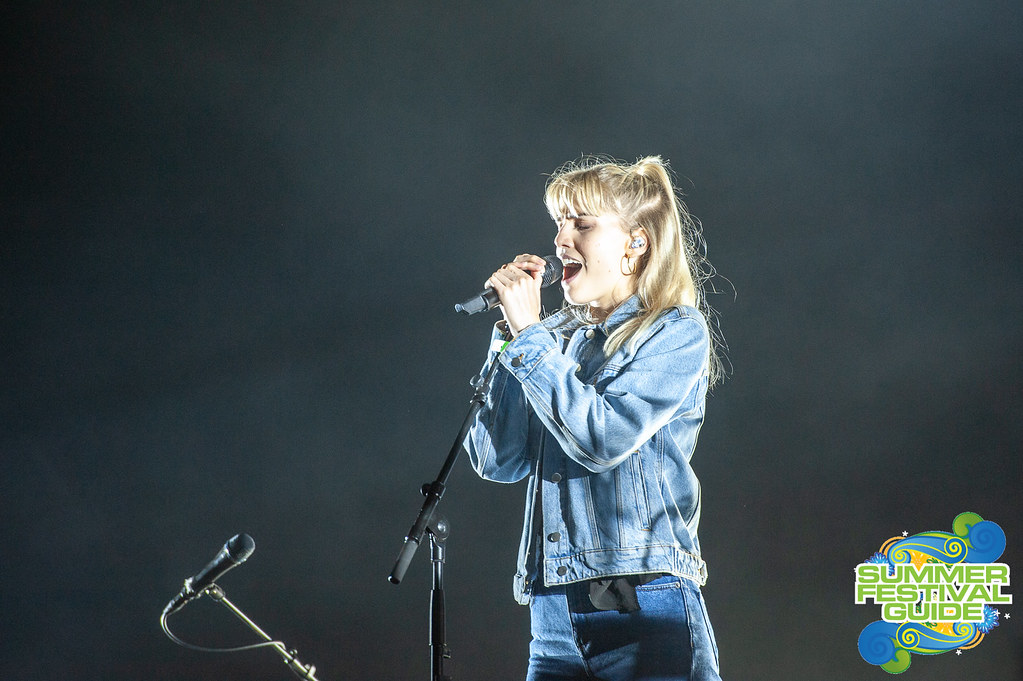