The final day of Bestival 2016 has thankfully been a scorcher, and as we turn our sunburnt faces towards the main stage, it’s time for the first of tonight’s dual headliners – Sean Paul. Though, is it really a dual headline if they’re just one after another? 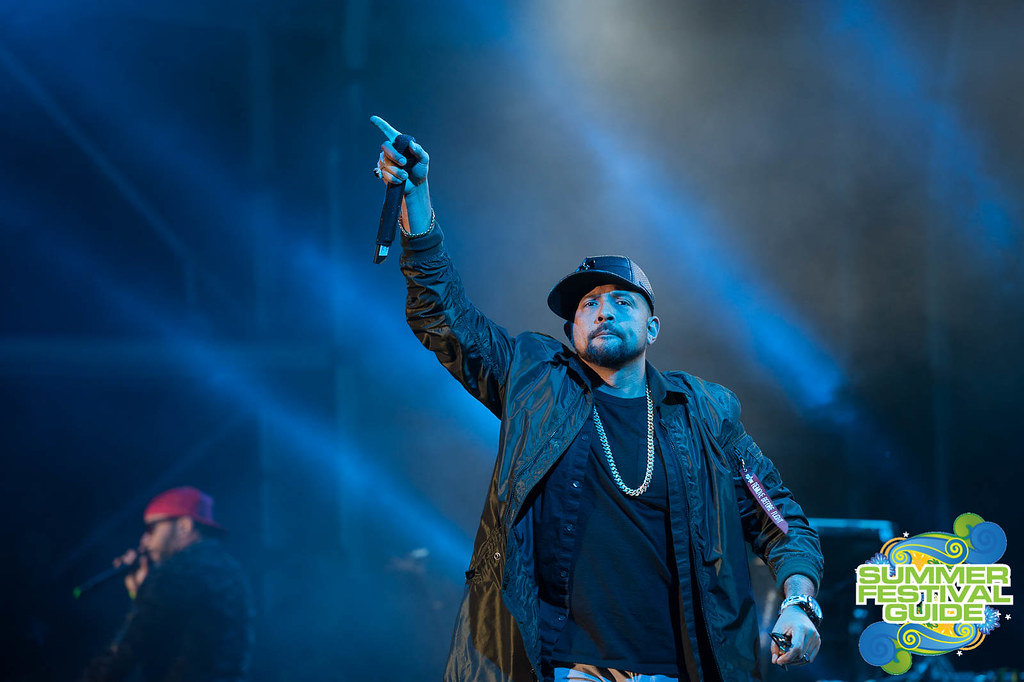 Highlights of Sean Paul’s set are Temperature, him saying his own name more than Craig David does, and obviously Get Busy which has the entire arena ‘shaking their thing’. What ‘thing’ that is, is seriously up for debate it seems. There really is nothing like watching a field full of drunk British people trying to imitate the very talented stage dancers’ dancehall moves. Truthfully, we ought to be stopped before we hurt ourselves or get arrested.

Like Glue still makes absolutely no sense but there’s something really comforting about Sean Paul’s music, it’s all about memories of the early noughties – riding five up in an old banger, arms hanging out the window swamped in gold chains and sunnies, being a complete gangster on the Coventry ringroad. Ballin’. The arena is a sea of waving arms and people climbing flagpoles for a better view (or eternal glory) as Sean Paul yells “I’ve never seen so much tits”. Well, I guess we’re at least good at that then. 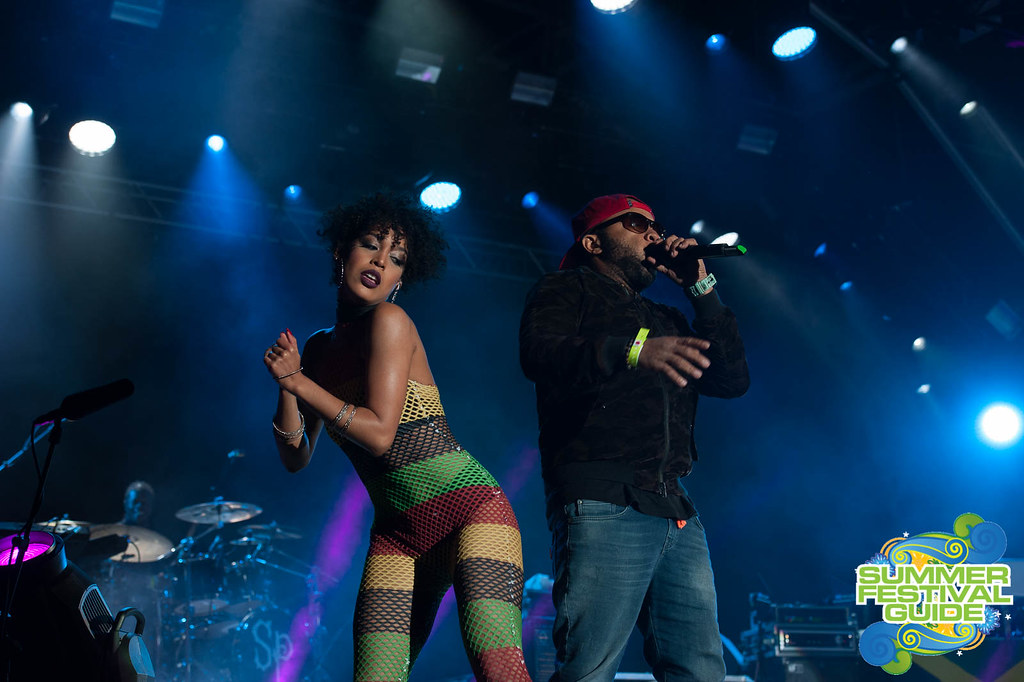 For the second half of tonight’s festivities, we get a taste of Taylor Gang with Pittsburgh party animal Wiz Khalifa. Black and Yellow has the arena jumping with Wiz yelling “Let’s get fucking high y’all” and “Y’all seem to love loud music”. Other highlights include Work Hard Play Hard and See You Again, but the fact that he can’t seem to go more than two minutes without mentioning weed is just a bit predictably boring – “Shout out to all the ladies out there! How many of y’all smoke weed?”. On the other hand singing about say, heroin is possibly a lot less coherent or marketable. 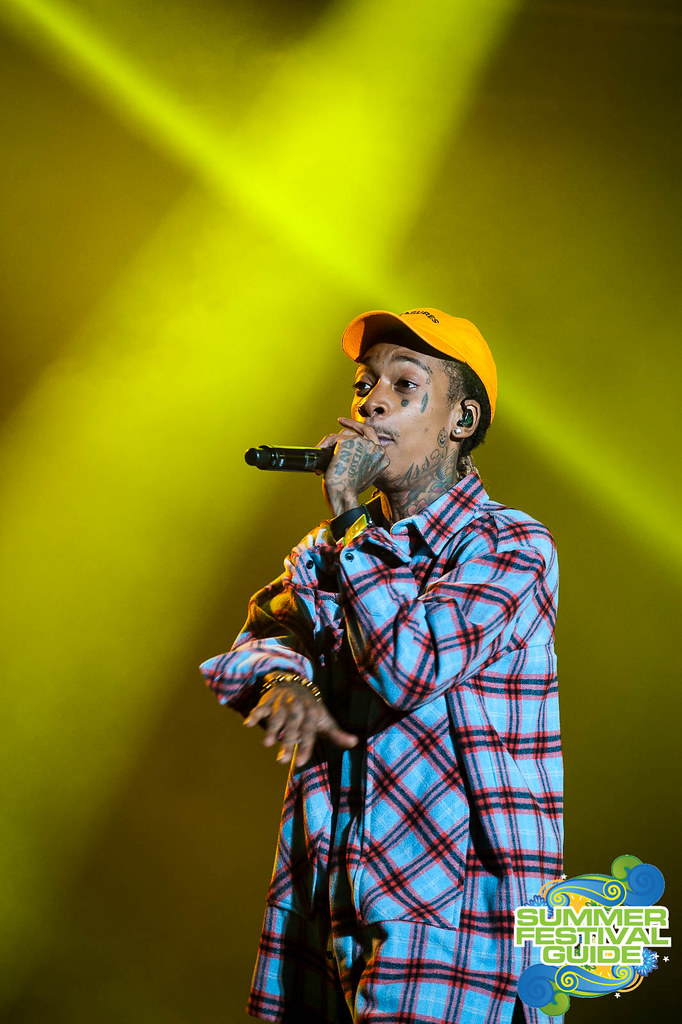 Though Sean Paul and Wiz Khalifa certainly aren’t everyone’s cup of chai, it’s pretty obvious that the arena is full of appreciative applause after their energetic performances. It is however, the Prince tribute fireworks and big-screen play of Purple Rain (accompanied by streamers and purple smoke) that bring a tear to the eye. Oh how amazing it would have been to have seen him play Bestival. 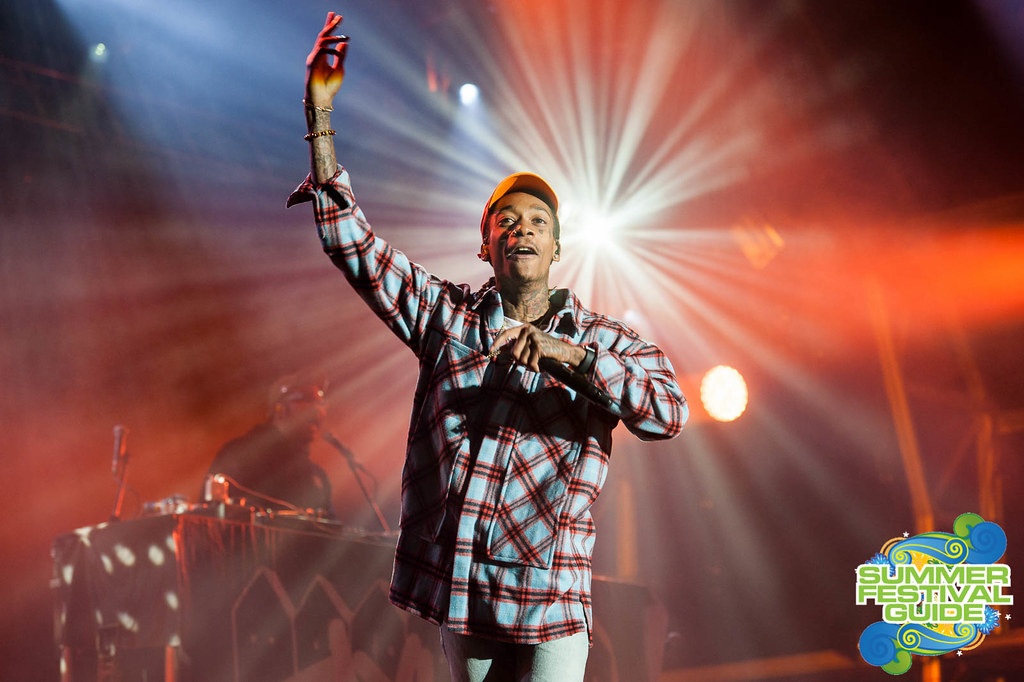