T IN THE PARK kicked off on the Friday with an absolute belter. The sun was shining, The Stone Roses were headlining and un characteristically there wasn’t a mud puddle in sight – of course that didn’t last. Of course it wouldn’t be T without its trademark mud and after dodging it on the Friday the patchy rain hit hard throughout the next couple of days – festival goers brushed it off as nothing and cracked on. Situated at Strathallan Castle close to Perth, it was the festivals second attempt in its new location and 26th year overall. The festival bill was a strong one, a splutter of genres merging together throughout the three days. Blending together the new, the old and the loved by all, every age group was covered with a stella line up.

With other headlining performances coming from Calvin Harris & Red Hot Chilli Peppers plus support acts including Major Lazer, LCD SoundSystem, Disclosure, Chase & Status, The 1975 and more, it was bound to be a good weekend of music.

The Stone Roses hit the main stage on the Friday. The bands merch floated around the festival site like nothing else and as the day progressed it began to get difficult to be difficult to spot anyone NOT in a signature bowl hat. The bands ‘second coming’ was surely seen as the whole weekends highlight. Performances by the Manchester group aren’t quite as sparse as they have been in the past with their reform back in 2011, but its impossible to ignore the effect the bands presence has on its crowds. The Stone Roses were bred for the festival set up – it is surely the definitive way to see the cult band. The band played a full set of tracks from their self titled debut album, favourites from the much under-rated second album ‘Second coming’ alongside a few new tracks including the new single ‘All for one’. The crowd followed every word of every song sung by Ian Brown, tambourine in hand, who finished the act by waving on the Scottish flag to applaud a fan base at T that he has become very accustomed to. 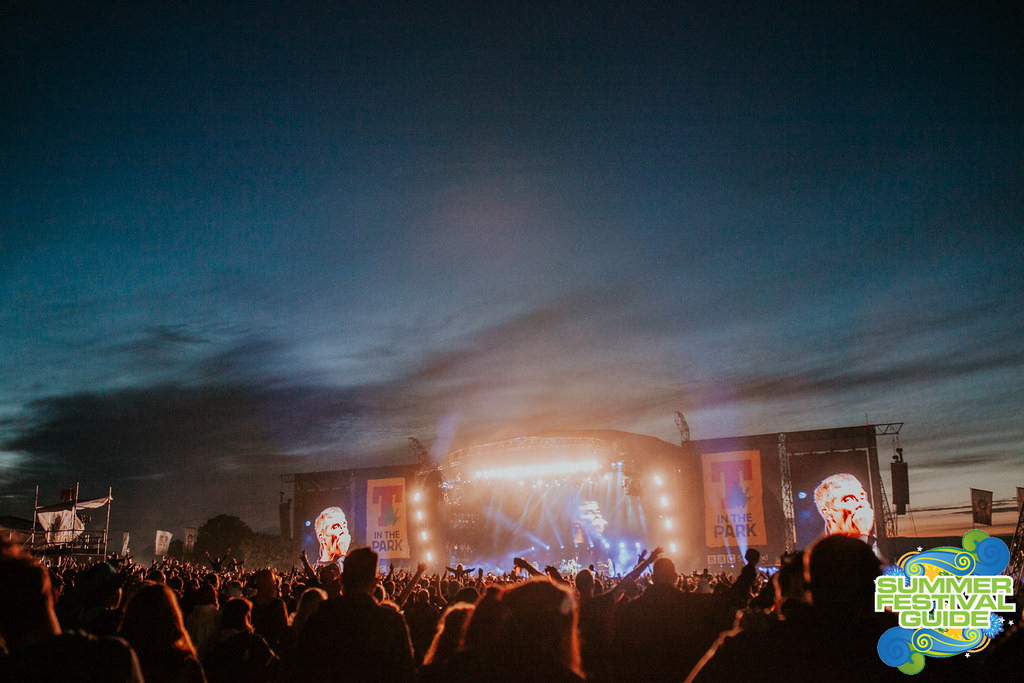 Disclosure opened up for The Stone Roses – a difficult transition however they easily held their own and as soon as the opening track ‘White noise’ was belted out, they had the audience in the palm of their hands. Disclosure are always capable of surprising people wherever they sit on the bill and if this set was anything to go by their headline act at Reading/Leeds festival could prove to be something huge.

Elsewhere on Friday, festival favourite whereever she goes, Annie Mac packed out the Radio 1 Dance stage with a typical fun and bouncing set.  In contrast Rodrigo y Gabriela performed at the same time in the King Tuts Tent with a smaller crowd who enjoyed the spanish infused heavy guitar riff style of music they are most famous for.

Huge crowds swamped over to the main stage to watch Calvin Harris headline the Saturday. Quite the regular at T, Calvin is just behind Biffy Clyro for most appearances at the Scottish festival. Quite the transformation from the geeky looking artist of 2007 to the huge international DJ and producer that he is today. Its been a undeniably huge rise from the Scot who is now considered to be the face of modern dance music. He played a typically impressive set, reminding everyone just how many huge tracks he has notched up under his belt. Track after track of number one hits alongside new song Hype which included an appearance of fan favourite Dizzee Rascal. 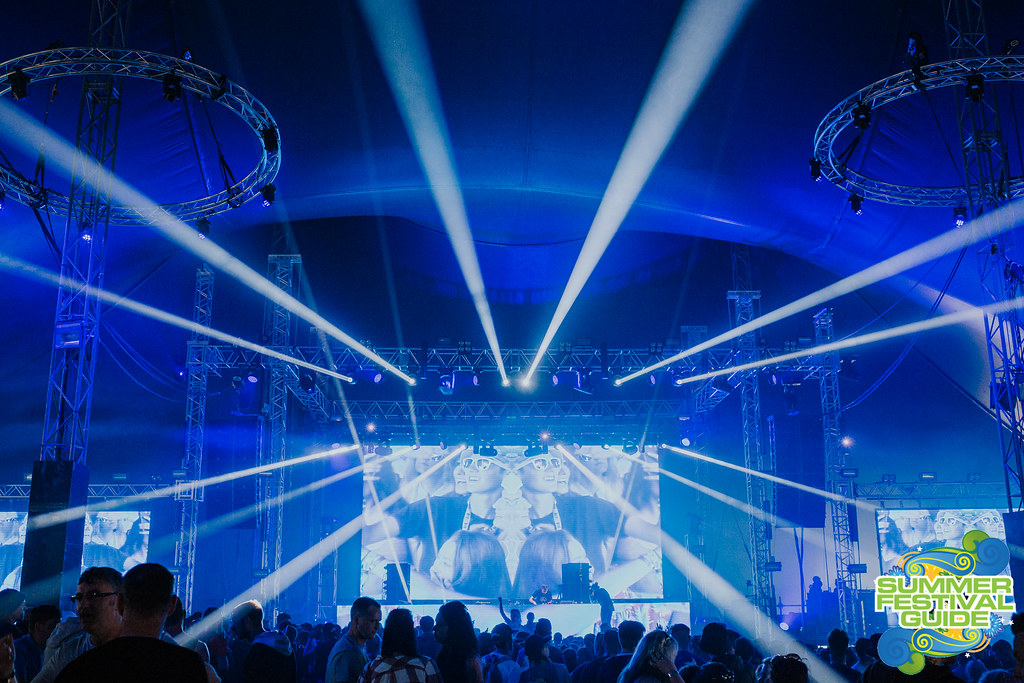 Saturday's lineup also showcases Bastille, Jess Glynne, Tinie Tempah, Kaiser Chiefs and more.  With health issues in the past year, Jess Glynne is one that I was very much looking forward to seeing.  Her amazing soulful and powerful voice fills the main stage with hits like 'Dont Be So Hard on Yourself', 'Not Letting Go' & 'Right Here'.  She sounds just as good live as she does on the radio, its a great performance to head into the evening.  Prior to Jess Glynne, Tinie Tempah fresh off his new album knows how to get a crowd going.  His music is perfect for the festival atmosphere and having seen him numerous times before, I know exactly what to expect.  Hits like 'Mamacita', 'Pass Out', 'Written in the Stars' have the crowd singing throughout the entire performance.

Over on the Radio 1 stage, The 1975 close out the day as the rain dies down and the sun sets over Strathallan Castle.  There is nothing fancy about this performance, just a great selection of tunes which have a die hard crowd singing along to almost every track they belt out whist competing with the echoes of Calvin Harris on the main stage.  This isnt an energetic performance by all means, but its worthy of the headlining spot for this stage.

Red Hot Chilli Peppers topped off a superb weekend with a headline act reminiscent of their last 2006 headline appearance. Even strangely leaving hits, Californication and Dani California off the set list didn’t make for a disappointing show. The Chilli’s in full form played a huge set filled with crowd pleasers, new singles, Chad Smith solos and the occasional handstand back onto stage from Flea. The strong set was played with swagger from frontman Anthony Kiedis backed up by plenty of energy and gratitude towards the crowd from the rest of the band. 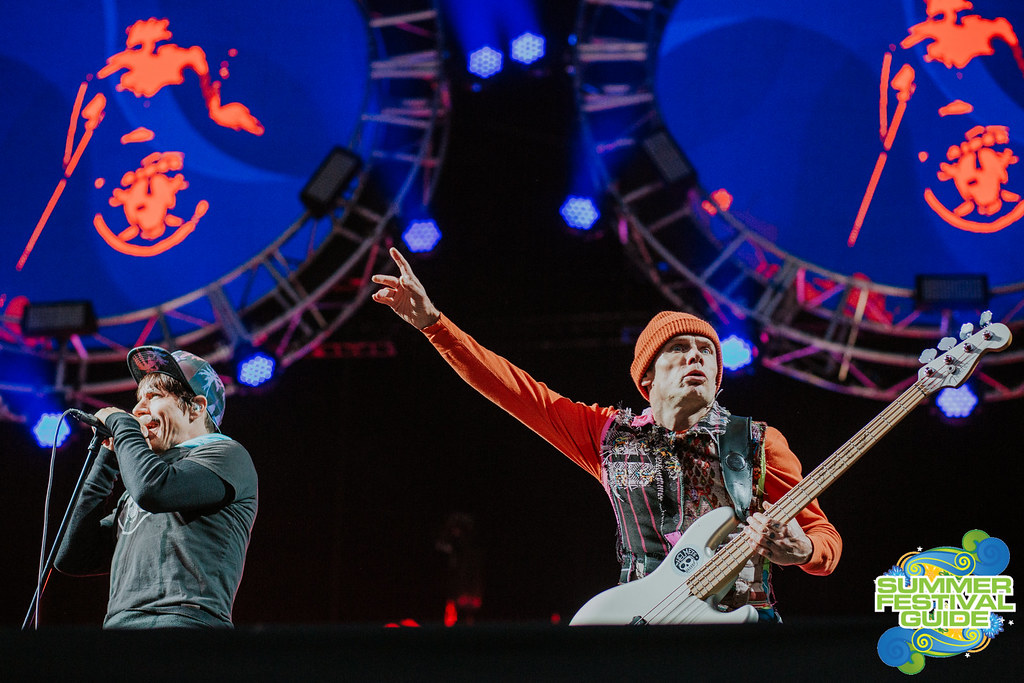 One of the most unfortunate festival appearances would have come from LCD Soundsystem who barley drew a crowd to the Radio 1 stage.  Major Lazer however drew a huge crowd to the Radio 1 stage with their mix of dubstep, reggae and house music.  With Diplo flying all over the stage mic in hand hyping the crowd up at every opportunity, its an entertaining set bringing all sorts of dance moves and hands in the air reactions.  Comeback king of 2016 is surely Craig David, armed with a DJ Booth and mic in hand, this is a talented performance as he single handedly mixes the music and sings.  Singing over tunes like Justin Bieber's 'Love Yourself' and mixing it with his skillful rapping, his set ensures the crowd is bouncing for the entirety. 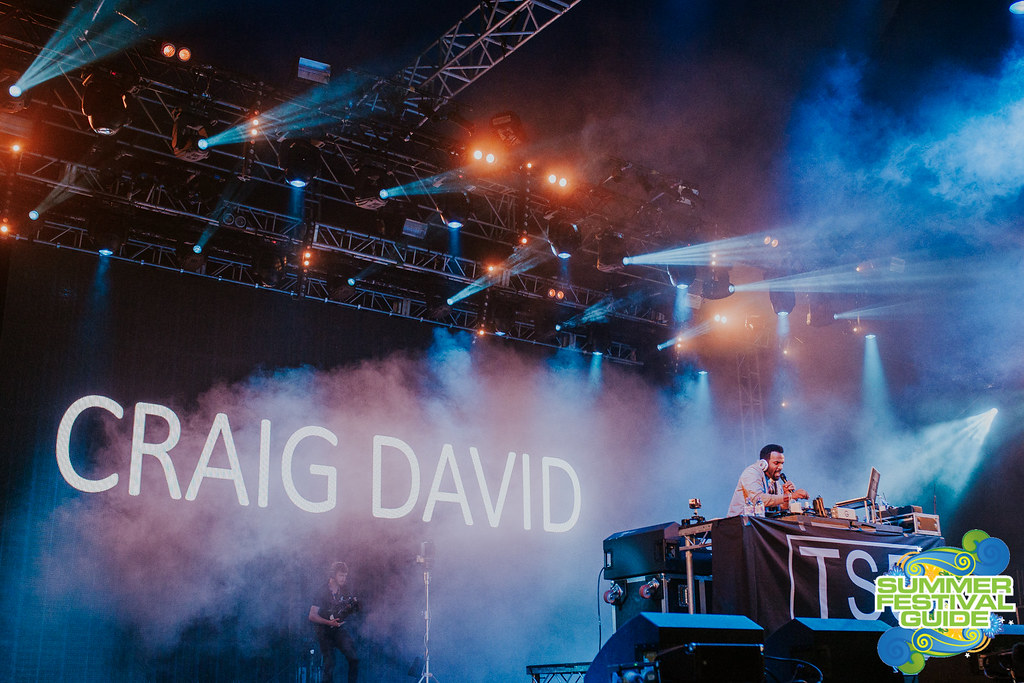 Its fair to say that this years T in the Park was a marked improvement on last year.  Most of the issues that were encountered have been resolved and the event is well oiled engine that ran smooth over the entire weekend.  Regardless of the wet weather and the muddy grounds, the performances across the weekend leave us feeling satsified & happy.   We look forward to another year at the castle in 2017! 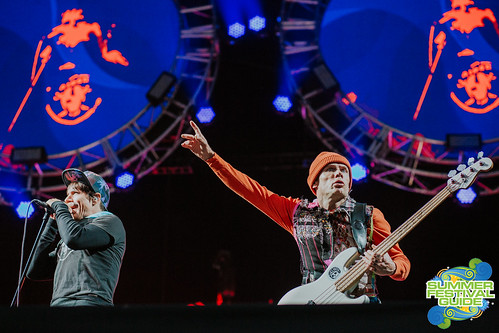