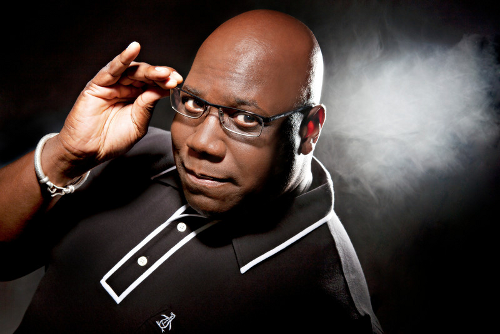 Have you heard about a club called Space in Ibiza and bloke by the name of Carl Cox? Well if not then you must be living in a bubble because these two things go hand in hand and are synonymous with club goers all around the world. Having come into its current form in 1989, Space has grown a reputation for one of the best clubs on the planet. With its uber famous outdoor terrace blearing out tunes with planes flying overhead during the fantastic nights put on, it's a shame that this will be the final year we get to enjoy this unique setting.

Space will be shutting it's doors for good come the end of the 2016 summer season and hence we have come to Ibiza to witness personally one of my favourite artists Carl Cox complete his legacy at his Music is Revolution night which takes place every Tuesday.

Walking up to Space you can't miss the blue neon lighted signs for Cox's night. Called the Music is Revolution: The Final Chapter, Carl is sending Space out in style by bringing together some of the biggest electronic music artists in the world like Masters at Work, Sasha, John Digweed, Fatboy Slim and many more! You really do have to wonder how they can replace an icon like Space and a night that has been growing from strength to strength for 15 years, I am not sure they can.

Lucky enough we are here on the 5th July and treated to a pretty special lineup with Adam Bayer B2B Ida Endburg and Nic Fanciulli B2B Carl Cox in the Discoteca area whilst Andy C and more perform on the terrace.

Kicking off the start of the night, Adam and Ida quickly shift into the gears and before you know it the room is rammed with bodies warming up before the main event. Adam and Ida work great together going back to back, treating the crowd with driving baselines and spine tingling breakdowns complete with CO2 cannons and a mind blowing light and lazer display. Their 3 hour set concludes with the room at pretty much full capacity, it's hot and sweaty, but what else would you expect from a night where you have thousands of people dancing away for hours on end.

The crowd ruptures into cheers and claps as Carl and Nic take their positions. With a intro video kicking off their set, Carl Cox's famous deep banging bass line style kicks in and the crowd goes absolutely insane. With the CO2 Cannons and lights and lazers doing their thing, you can tell we are in for a good few solid hours of dancing and plenty of fist pumping hands in the air opportunities. The one thing that I love about Carl Cox is the energy he brings to every set. Having seen him for the first time circa 2001 out in New Zealand, his persona behind the decks is what makes him an extraordinary artist and performer. You can tell Carl loves what he does and the passion shows through his bouncing around and interacting with the crowd in every set he does. Team this up with another talented performer in Nic Fanciulli, and you got an amazing group of people performing for this crowd behind the decks.

The set is exactly what I expect from these guys, driving baselines, sick drops and breakdowns and the type of music to keep you grooving all night into the early hours. Combined with an extrodinary visual setup hovering above the decks, an up for it crowd, and the fact that we are in the legendary Space Ibiza venue, it makes for quite an emotional experience that many have yet and will ever get to experience in this lifetime.

It was an absolute pleasure to witness Carl Cox playing at Space in his "Final Chapter" and if you have yet to see him here then I highly suggest you book your flights to Ibiza and tickets to Space for one of the upcoming Music is Revolution nights which take place every Tuesday.