Saturday night headliners The Chemical Brothers, have been long on the wish list for Best-goers having waited for their main stage return since 2007. With Bestival being the last hurrah of the UK festival season, early dark skies provide a perfect backdrop for the onslaught of blinding green lasers of opening number and iconic late 90’s track ‘Hey Boy Hey Girl’. Despite the lack of the famed saucy skeletons on the big screens, it’s a strong start for the dance duo and the arena is jumping. 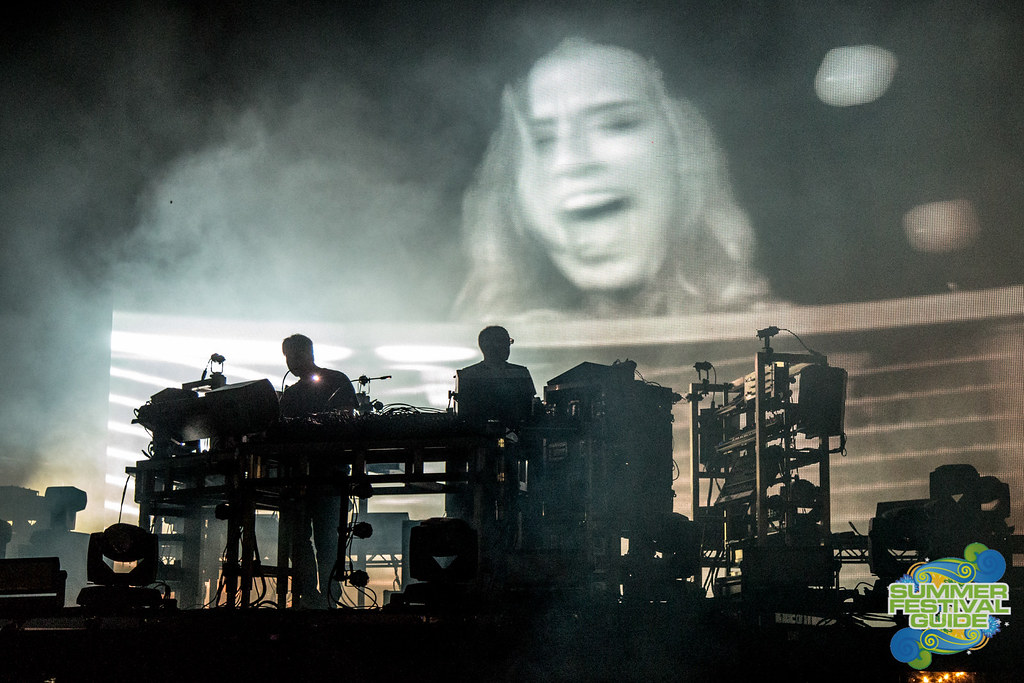 The show is heavy with trippy images of clowns and dancers, strobe lighting and colour to make up for the fact that you are essentially watching two guys push some buttons and bob along to a future beat in their headphones, but it honestly looks like they are having a damn good time as they drop ‘GO’ alongside a visual of a glittery roller-dancer gliding about on screen. Standard as it might now be for a festival or arena tour, there is something exciting about smashing giant inflatable balls around the place when you’re swimming in the depths of the front barrier crowd, long live the gimmick!

Two huge red and blue animatronic robots walk on stage shooting happy ravers with their laser eyes, and a giant inside-out disco ball refracts spotlights into a million starry specks as the Chemicals close out with hits ‘Block Rockin’ Beats', ‘Push The Button’ and ‘Galvanize’. With a final flourish and an on-screen tribute to their sadly missed music producer Stuart Jammer James, who had also worked with a plethora of Bestival favourites such as New Order, Hot Chip and Grace Jones, the set is over. The Chemical Brothers were well worth the wait, and as the sweaty masses leave the arena for other areas with wide grins plastered on their faces, it’s clear they were a great headline pick. 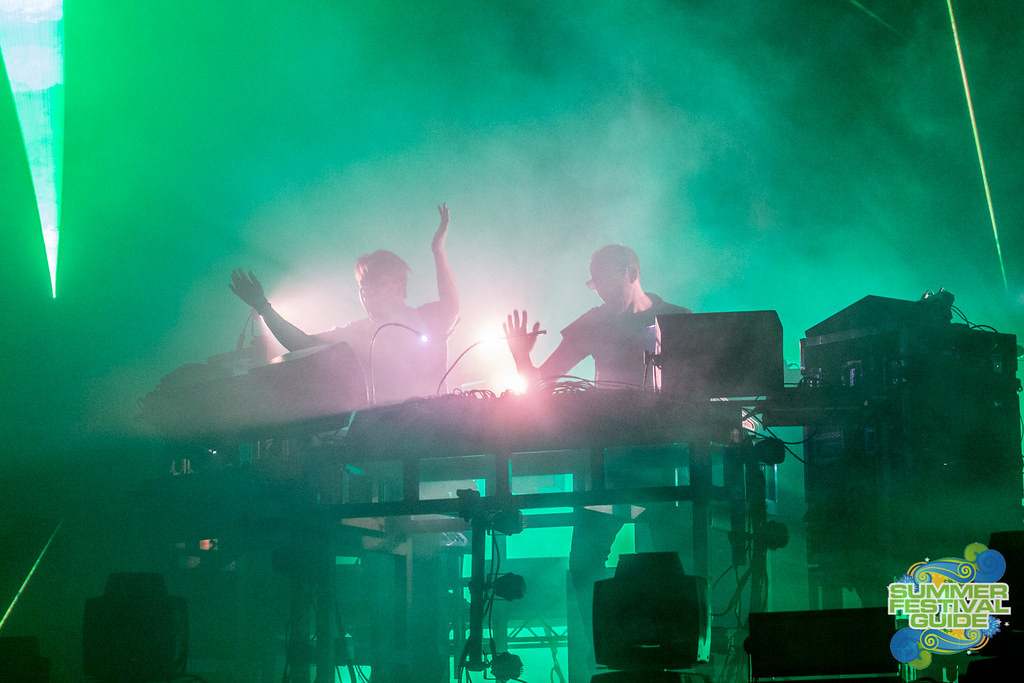