Y Not Festival partied with the right people for its tenth birthday, celebrating with the likes of Snoop Dogg, Basement Jaxx, Primal Scream, Jonny Marr and a further eclectic mix of smaller music providing something for everyone.

The festival saw a mixture of people attending, all of different age groups with a designated camping area on site for families, catering for young and old, with an atmosphere of hippy and care-free vibes running throughout the whole weekend. Situated in rural Pikehall, Derbyshire across a vast amount of fields, in comparison to previous years it had definitely expanded. However, it wouldn’t be a challenge to walk from one end of the festival to the other within the space of fifteen minutes, so I’d still class it as a ‘small festival’. There was a dress up theme on the Saturday of ‘What I wanted to be when I grew up’ with plenty of super hero costumes, neon ravers and strangely animals.

Reverend and the makers were an afternoon treat on the Friday, where they played both a mix of old and new material-which echoed an electronic feel throughout their set featuring some songs which some had been written in Jamaica. They did well interacting with the audience to get the crowd moving, especially to their catchy older tunes Heavyweight Champion of the World and He Said He Loved Me.

After a warm and sunny first day, Friday’s headliner Snoop Dogg closed the day full of live acts, and got the crowd going wild (even to the point where firecrackers were set off) to his set including tunes Gin and Juice, Drop it like it’s hot and Young wild and free.  It sounded very surreal when Snoop was bouncing off the audience addressing them “Matlock” as it seemed hard to believe that the rapper was actually there, in this small place in the Peak District performing to a huge crowd. 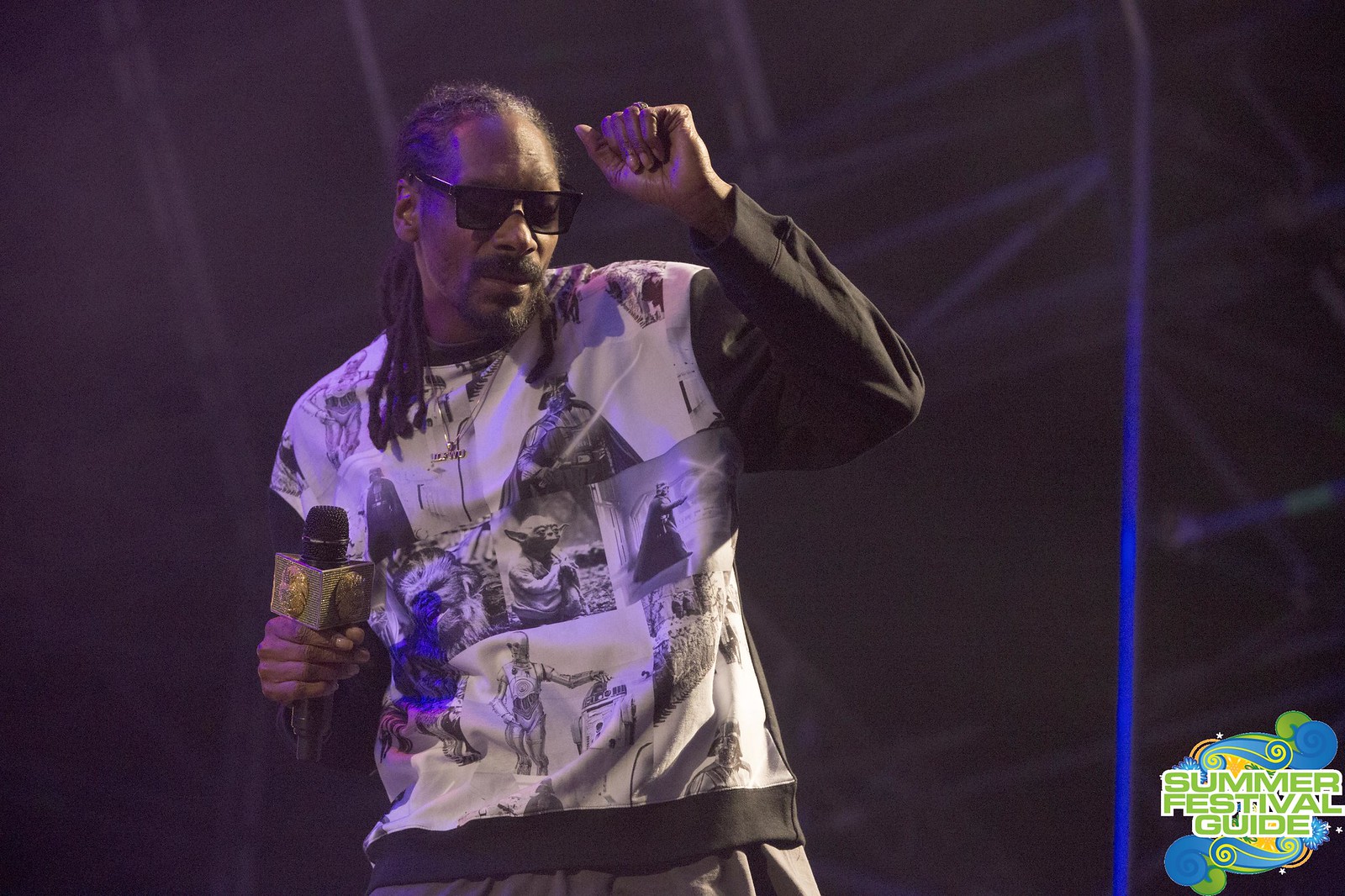 Although the all the live music had finished by 11pm, there were small tents dotted around the festival grounds where DJs including George Walford performed to party people until the  early hours of the morning which deemed very popular as the tents were packed with not much room to move about.

Saint Raymond, a Nottingham based artist performed late afternoon on the Saturday, giving the audience a full hours-worth of indie pop tunes, which were really catchy numbers. Although the songs were quite samey you would probably dance to them even if you didn’t know them or hadn’t heard of them, especially their newer stuff. Young Blood and Bonfires were two stand out tunes that were enjoyable to listen to.

After a showery afternoon with ponchos galore, it managed to stay dry for one of the bands that were a main reason why Y Not was the place to be; Basment Jaxx. They didn’t fail to pull a great performance of the bag which included some of their absolute classics also mixed with their new songs, getting everyone dancing and singing to Romeo, Raindrops and closing with Where’s Your Head At. The end of their performance finished with a literal bang, full of confetti and fireworks which made the crowd want more. 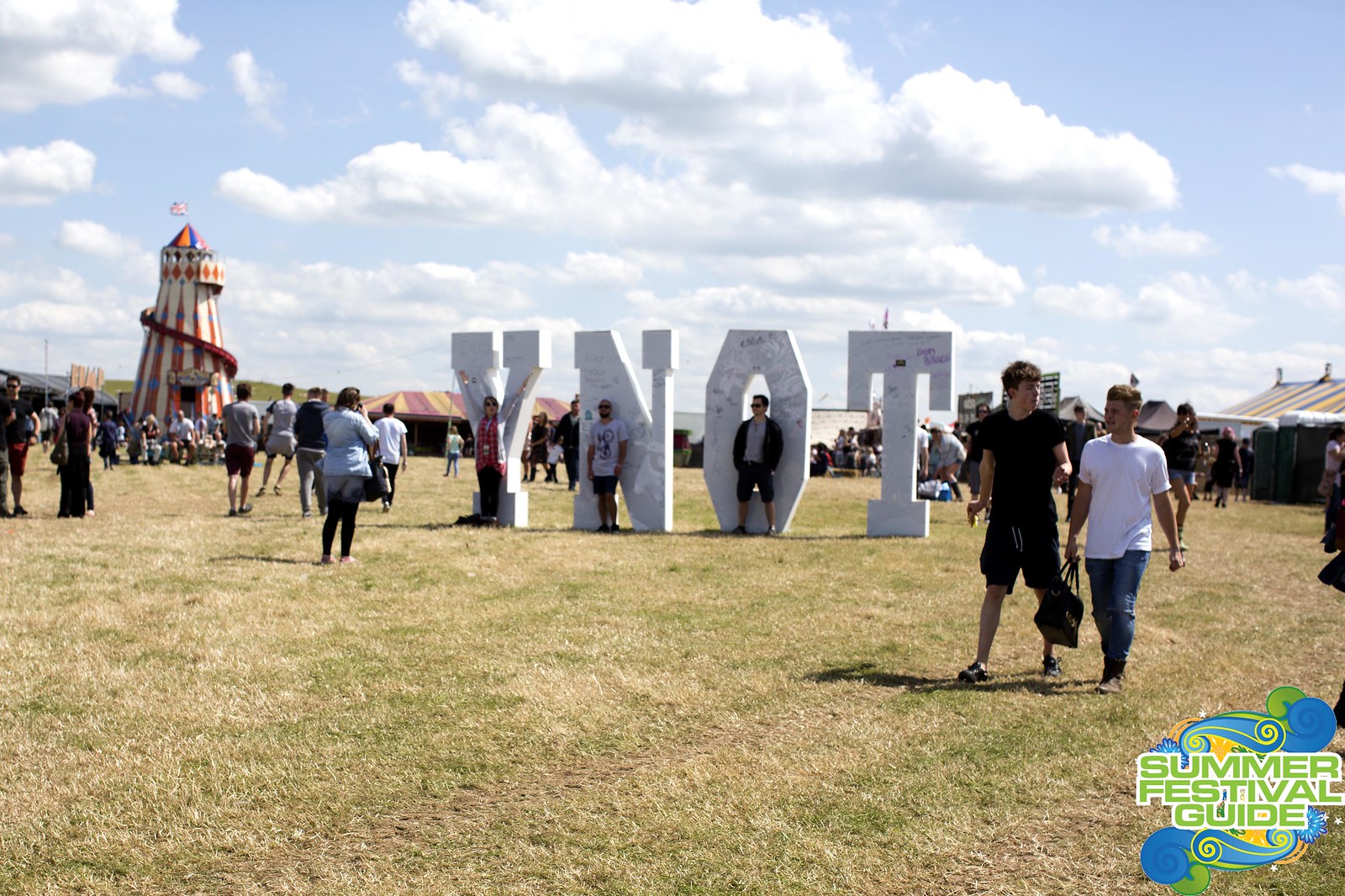 Rhodes played on the Sunday at the main stage where the majority of the audience were chilled out on the grass. Coming to see Rhodes was a choice well made. He lulled the audience into a soothing state with his distinct folk sound, which would be much needed for most people on the Sunday, after two or three massive days of music, giving people some ear TLC with his music.

Another artist who was an easy listen was Nick Mulvey who played at the Quarry Stage in the evening. He had crowds swaying during his performance as his guitar playing was pretty impressive, creating sounds that wouldn’t seem possible on the guitar and accompanied by his voice gave a calming act to the audience, a gem for a Sunday evening.

Primal Scream were the closing act on the Sunday where everyone old and young squeezed into the crowd to see the rock band with the all-time classics perform. The highlight was definitely Moving On Up, which got everyone singing. Although they put on an impressive show to close the festival, I would have preferred Basement Jaxx as the final act. 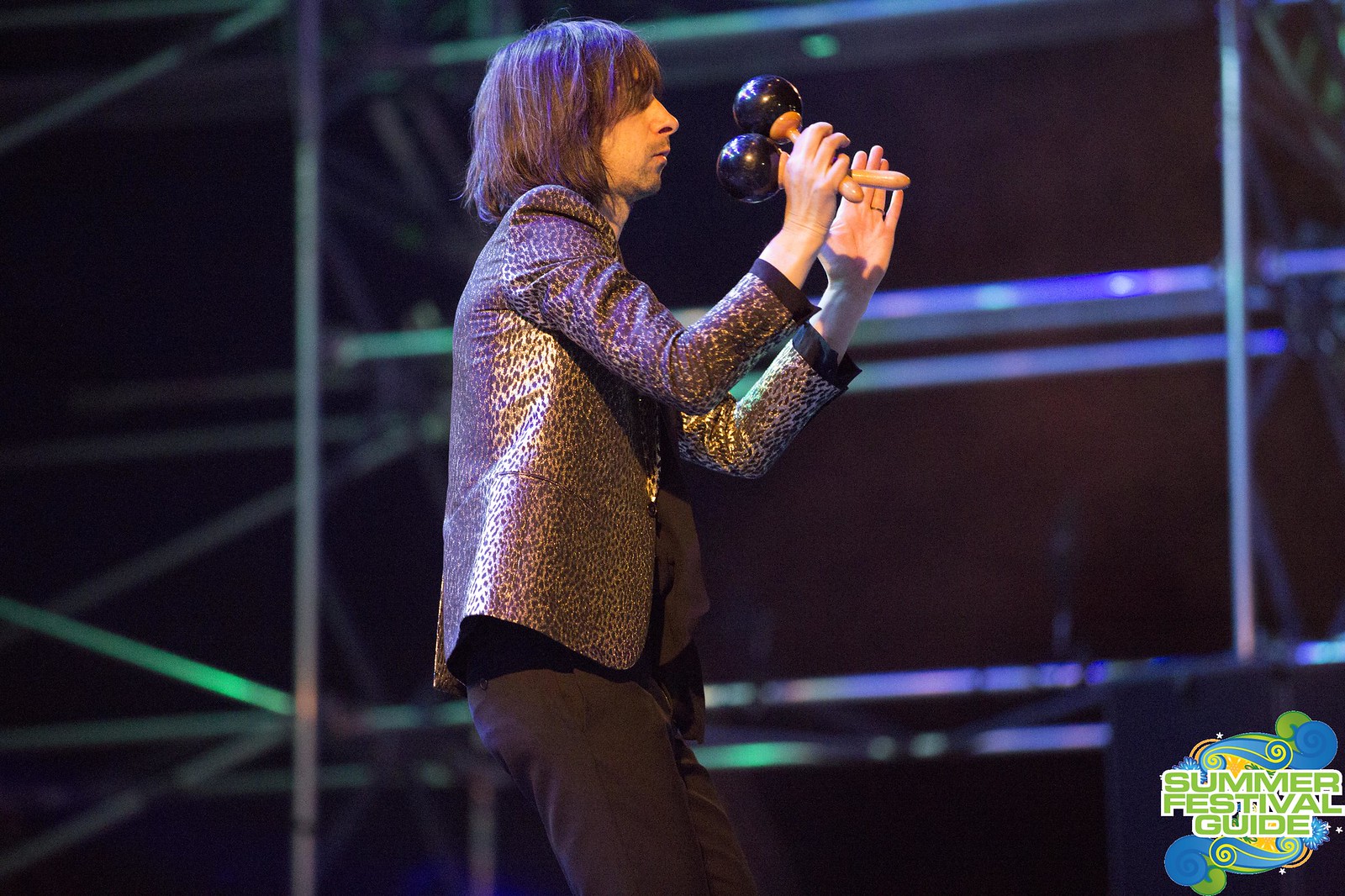 On the Sunday night there was a silent disco, which was a fun way to finish the festival off and is always hilarious when you take off your headphones to see everyone dancing and lip-syncing in silence.

Y Not offered festival-goers big names in music at a small scale venue. Pikehall, Derbyshire is a cosy location which seems to have expanded itself throughout its ten years of existence. It is a place where emerging artists are given the chance to perform alongside many local and up and coming artists who also take slots on the main stage. The atmosphere and set up of the place reminded me of a smaller scale Glastonbury festival with plenty to see and do. Including small tents with things to do before the music started, somewhere to go and get glitter on your face and your hair braided or even pick yourself up some off the hook outfit. Y Not provided an impressive selection of food ranging from noodle bars to beef burgers and also catered for the vegan and vegetarian festival goers. I’m excited to see what next year will bring, as I can only imagine even bigger and better. Y Not get yourself there next year, I definitely will be.