Festivals are big business, and the last few years have seen many boom with the increasing commercialisation of the smaller festivals and the increase in artist attention through social media. Truck, by contrast, has been going for 18 years, maintaining both its small capacity and indie ethos, providing a platform for local and underground artists to showcase their talents alongside big, well-known artists such as Clean Bandit, The Charlatans, and Basement Jaxx. Truck’s local connections run deeper than just the line-up however, with the local Rotary Club handling the majority of the catering, and one of the most popular stages sat in a concrete barn that held the lingering smell of the cattle that usually reside there.

With an increased crowd capacity of 6,000, this festival was shockingly a sell out once again! The highlights of the two-day event, which came to a head in the early hours of Sunday morning, came in the form of the headliners – indie-rock band The Charlatans, dance act Basement Jaxx and the more mainstream, Clean Bandit – as well as the smaller and lesser known artists – Essex group Rat Boy (who caused rather a stir with security with an audience stage invasion at the end of the set), Joy Division star Peter Hook, and Bedfordshire’s Don Broco. 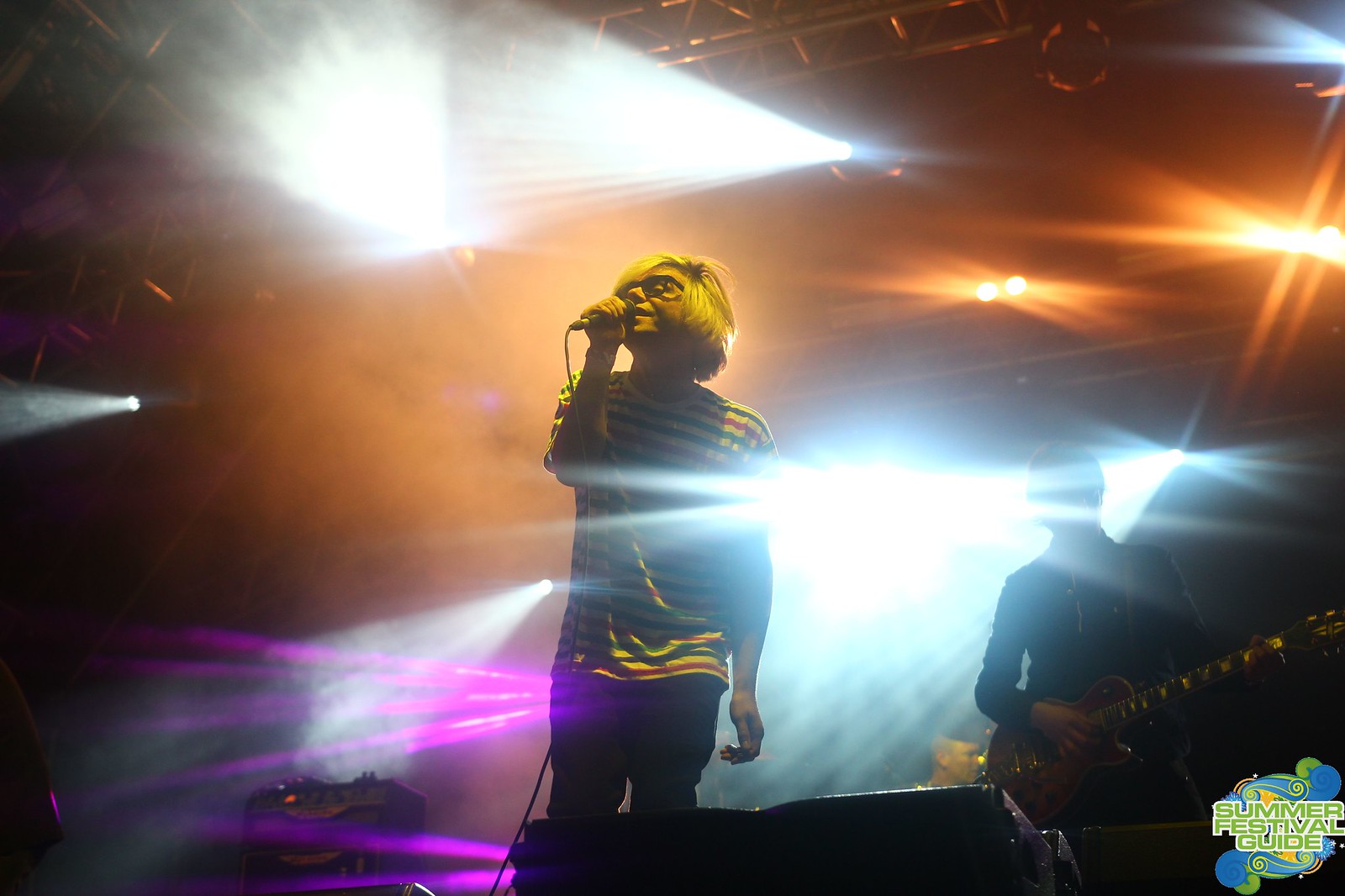 The low-key nature had its upsides and downsides: lip smacking food and great local acts where balanced by the fact that, with the exception of the main Truck stage, and to some extent the Market stage, the stages were almost all set up inside small tents and buildings such as the Barn, which couldn't hold the capacity of people wanting to watch the amazing bands on offer. For acts such as The Wytches and Slaves, there were queues surrounding the entire field for over half hour before the band were even ready to start, just to try and get into the barn, which was already full to the brim. The capacity of the Barn compared to the popularity of the bands playing was a shame because it hosted so many of my personal festival highlights, as it did for many others.

The weekend vibe was completely laid back and inclusive, once again. It was in no way about wearing the right clothes or being seen, but rather about kicking back and enjoying the unique atmosphere while soaking up the festival sun. There was no fancy VIP area like you'll find at other big festivals; backstage was purely functional. Instead, everyone mingles in the main arena – the artists roam the site, picking up beers at the bar just like everyone else. Truck is clearly about the music and people enjoying themselves, something that feels lacking at the bigger festivals which seem to be just money-spinning corporate beasts. 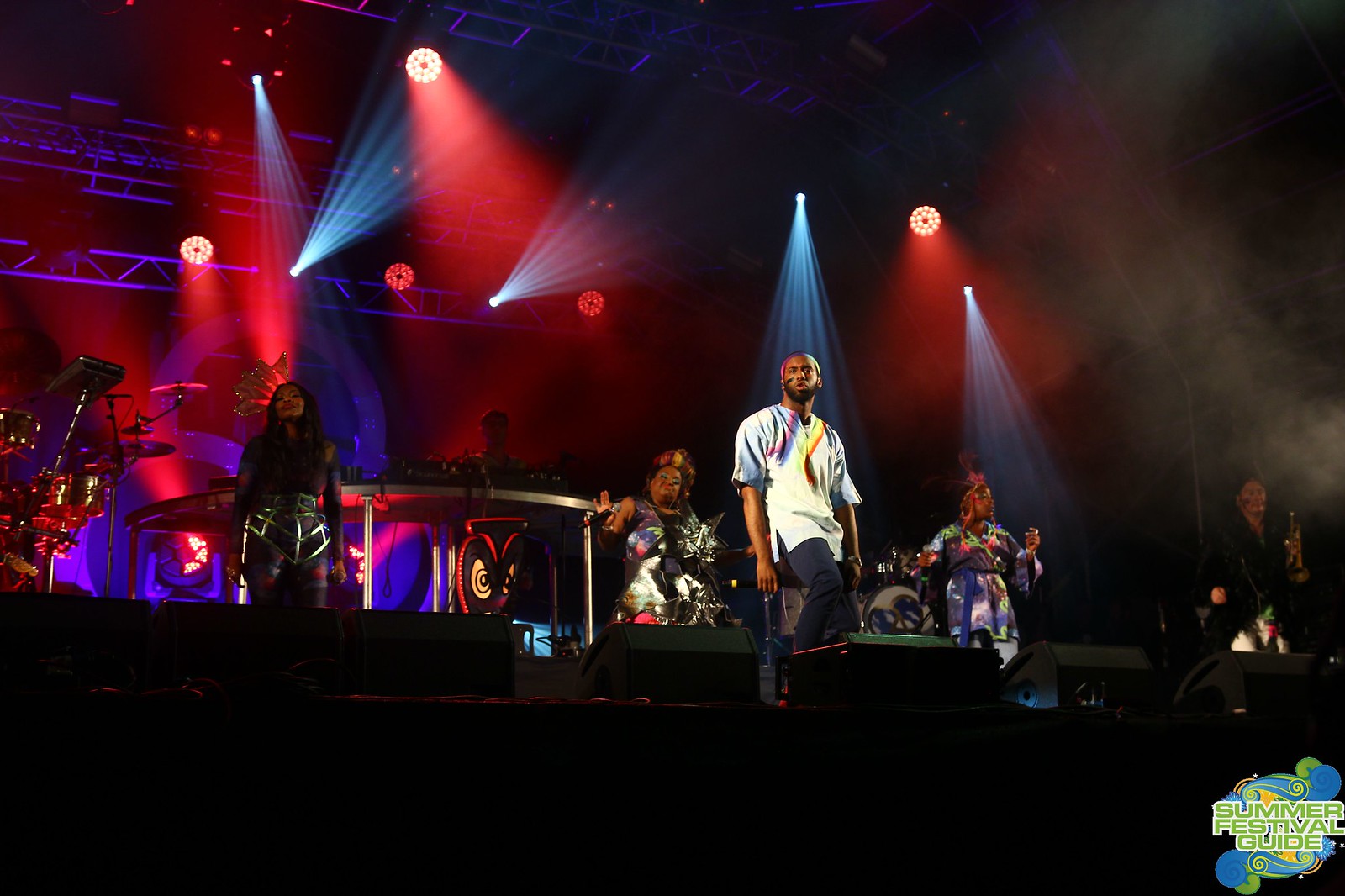 With every act, bar the headliner’s of each stage, allotted a half-hour performance slot, it’s nothing if not fair. You can power through bands and stick with sets you might otherwise leave, meaning you get a great idea of each carefully edited set list designed by each band to show themselves at their best.

While small, sweet, and harmonious, the weekend did not go without its troubles. On Friday, people arrived at the Market stage to catch the first band of the weekend only to find out that the security fence had not yet been erected, causing the stage to open over an hour late! With similar issues over at the Barn Stage, the first acts at each stage found their sets being cut by 5-10 minutes through no fault of their own, often meaning the crowd missed out on some of their favourite songs. And it wasn’t just the organisation causing problems.

During the set of the popular two piece punk band from Tunbridge Wells, Slaves, two bright red flares went up in the middle of the crowd. As security got hold of the flare and made it back out through the crowd, you could feel the heat of the flame. And just as you thought it was in hand, up went another one from the same troublemaker. Slaves, however, were not phased, even calling for another flare when the song finished and the lights went dim!

With the fabulous line-up, a new site layout and even a new bridge across the stream, alongside the perfect festival weather, this was the festival you’ll be gutted to have missed.