Voted the ‘Best Major European Festival Award’ in 2013, we had massive expectations for Exit and now come the end of the weekend, we can tell you that our expectations where well exceeded.

With one of the biggest festival lineup’s in Europe, Exit’s headliners this year included Damon Albarn, Skrillex, Pet Shop Boys and more.

Unlike many other festivals, Exit starts off in the evening around 7 – 8pm and goes through to the early hours of 6am.

As we mentioned in our previous review, Pet Shop Boys kicked off Thursday evening in spectacular fashion, if not to the biggest crowd, but to an appreciative crowd, leaving us to ponder what the rest of the weekend would have in store for the Summer Festival Guide crew.

Disclosure also took on the revamped Dance Arena and were billed to bring their live show to the Novi Sad Castle.  However a last minute press release stated that the production duo could not do their full live show however their Wild Life themed night would go on.  Getting on the one’s and two’s Disclosure had packed out the amazing Dance Arena at Exit.  This is one of the most exciting and spine tingling arena’s at Exit due to its awesome layout and setup and it made for a perfect setting for Disclosure.  Hits such as ‘White Noise’ and ‘Latch’ had the crowd singing their hearts out but it was the end of the set with surprise hits Chic’s Le Freak’ and Outkast’s ‘Miss Jackson’ that really topped off the night.

Exit Festival wasn’t blessed with the best weather this year and it didn’t matter one bit as the crowd didnt really care and still enjoyed Exit to the fullest.  It almost resembled a typical Glastonbury!

Rudimental have featured heavily on the festival circuit this year and after a cancellation at the 2013 edition they more than made up for it at the Friday night slot.  Bringing raw energy and drawing a massive crowd to the Main Stage, the UK band smashed out hits from their “Home” album including “Waiting All Night”, “Free”, and “Not Giving In”.  Serbia was definitely treated to what we picked as one of the best live shows weekend and it really did lift the bar for what we expected by the other artists this weekend. 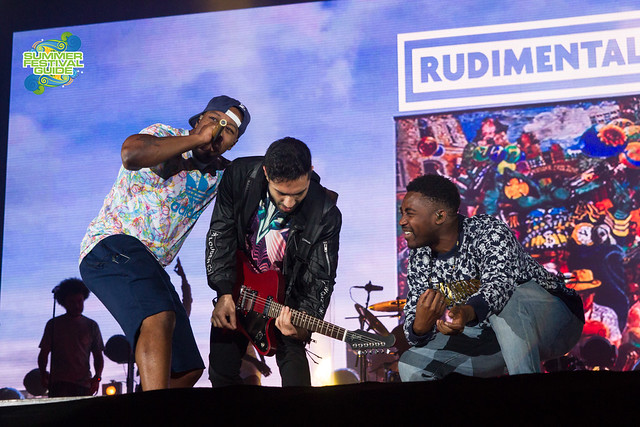 One of Exit’s biggest draw cards is their Back to Back sets and this year we were treated to some of the best B2B combinations we have ever witnessed.  Carl Cox & Danny Tenaglia joined forces on Friday to bring their house & techno vibe to Novi Sad.  Both Carl and Danny are legends in the electronic music scene and it was an immense pleasure to see them playing together.  As the sun set on the Dance Arena the lads had the crowd grooving from start to finish.

Other notable B2B sets that we managed to catch were Afrojack & Quintino, their high energy electro house set in the early hours of the morning keep the crowd going right up until the end.  Exit regular Green Velvet joined forces with Carl Craig to deliver a house and techno infused set pleasing those that like the harder side of electronic music.

The biggest drawcard for Exit this weekend had to be ex Blur frontman and Gorillaz head honcho Damon Albarn.  Being his first trip to Serbia, Albarn treated the packed out Main Stage crowd with tracks through his back catalogue as well as tracks from his critically acclaimed “Everyday Robots”.  Kicking off with his the chilled out “Lonely Press Play” and “Everyday Robots”, it didn’t take long before he had the crowd singing along to Gorillaz tracks “Kids with Guns” and Blur’s “All Your Life”.  However the biggest tune of his set had to be “Clint Eastwood”, Albarn really seemed to enjoy his time on the stage at Exit and his performance was one of the highlights of the weekend. 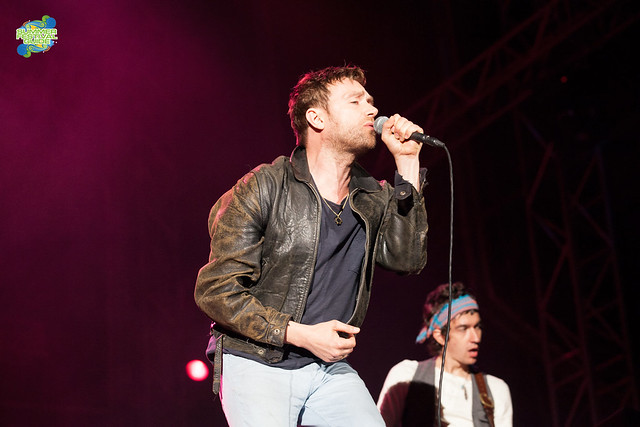 Another massive name on the festival circuit is Sonny Moore, better known by his stage name Skrillex.  Skrillex arrives slightly late to the party and already has the main stage packed out waiting to see this grammy award winning artist.  If you haven’t seen this guy live then you don’t know what your missing.  Not only is the guy like an energiser bunny on stage, but his stage presence is like no other DJ.  You would not know that its 2am when Skrillex comes on as the energy around the main stage drives you to keep moving and dancing.  Kicking off with “Try it Out”, Skrillex is already bouncing around behind the decks and instantly has the crowd moshing and going crazy.  His mixing is fast and his set is powerful and energetic and by the end of the set we are soaked with sweat.  Talking to a few people on the crowd after his set, you can tell that Skrillex delivered exactly what they came here to see.

Sunday sees the likes of Hurts, Suede and Pretty Lights take on the main stage as well as the return of Deep Dish and Jaymo vs Andy George in the Dance Arena.

Hurts kick off our night in the Main Stage and play to a packed out crowd.  This English synth pop duo have the entire crowd sing through the majority of their set with standout hits “Mercy”, “Wonderful Life”, “Excile” and encore “Better Than Love”. 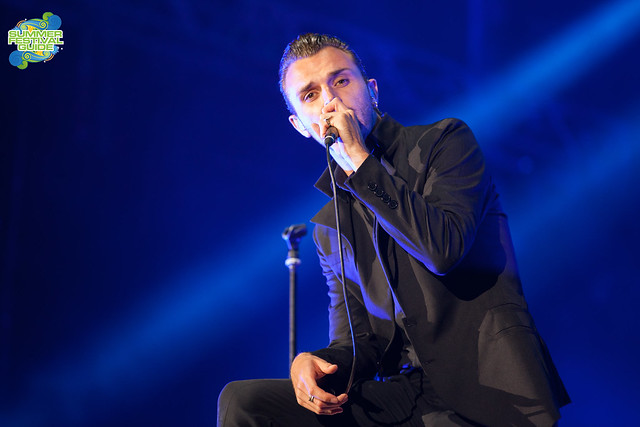 We managed to catch up with grammy nominated producer Pretty Lights in London prior to his Exit performance and we made sure that we caught him on the Main Stage in his early morning slot.  Pretty Lights genre infused music is something fresh and pleasing to listen to over the huge sound rig and he rightly has a massive crowd on hand to enjoy it.

Deep Dish reformed this year after a hiatus to bring their house music to Novi Sad.  Playing in the Dance Arena they played massive set full of huge drops and fat baselines to those that ventured to see them perform.  It was great to see these guys back together as their productions were hugely popular back in the day.

Exit Festival has come a long way since its inception back in 2000 and now see’s over 200,000 people go through the gates each year.

As we walk around the festival we are gutted that its almost about to be over, the weekend has flown by and Exit has captivated us, the crowd have been amazing and the lineup even better.  It was our first Exit experience and it definitely will not be our last.  If there is one European festival that you need to experience in your lifetime then Exit should be at the top of your list.  See you in 2015!