Into its fourth year, High Definition moved to a new venue to deliver its biggest line-up to date. On 5 July 2014 a short bus ride from Tunbridge Wells’ train station lead to the stately Eridge Park which seemed more befitting to a Jane Austen Period drama than an all-out dance fuelled Saturday festival.

A surprisingly slow queue opened out into a large grassed space circled by various tents and surrounded by some truly impressive views of the countryside. Heading straight to the bar following instructions to purchase drink tokens for all liquid transactions we found the £5 beers quite reasonable.  There was also a wide range of beverages available if beer wasn’t your thing.

The festival was well put together with two bars, one at either side of the site, two large tents and a few smaller tents, with some fairground rides you would have found at an old-school rave situated at the center. The main stage was tucked away at the back of the field which worked well in delivering minimal through traffic for the crowd who were there to see Carl Cox, Marco Carola and Jon Rundell.

The sound systems were solid and the DJs looked like they were having a lot of fun across the board. Carl Cox delivered a classic set late in the afternoon in the bright sunshine sun to everyone’s surprise because of the forecast of rain. Oneman, as usual did not disappoint in the evening playing to the packed out Digital Arena before Gorgon City stepped up and played their recent hits, as well as Ten Walls’ Walking with Elephants, a personal favorite of mine and what seemed to be everyone else’s too. 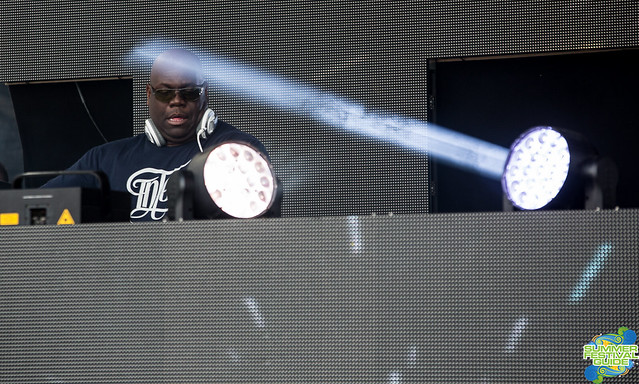 An apparent no-show from Ms Dynamite disappointed a few people but there was plenty to make up for it; Huxley, Midland and Bicep had the crowds firmly in their grasp throughout their sets and delivered beat after beat to warm receptions.

If you wanted to up the tempo with a trip to the Epidemik rave tent it was best to get in there early and experience a stand out display from Eksman and Logan-D taking us through the late and great years of DnB, one rewind at a time.

High Definition provided a great day out with big acts and a vibe I would be happy to return for.