Global Gathering set at Long Marston airfield in Stratford Upon Avon, Home to biggest UK Electronic music festival. Global Gathering is currently in its 13th year and holds some of the biggest names in both the UK Charts as well as world wide legends; such as the great Paul Oakenfold, Steve Aoki, John Digweed, Sasha, Chase and Status the list is endless, it also perfectly sets up new comers to the electronic world looking to get their big break with such a diverse range of sounds and people it is definitely not one to miss. Global Gathering was ranked best Dance Festival 2012 this year was another chance to let loose and set your energy levels to full power! This years main stage headliners include.. Example, Plan B, Rudimental, Disclosure, Katy B, Afro Jack, NERO, Delilah, NetSky.

This wholesomely delicious festival starts on Friday and ends Sunday morning so unlike most typical festivals doesn’t run through the whole weekend. The sheer amount of incredible names packed into this event means you hardly stop! going from tent to tent seeing all your favorite artists provides you with an all you can eat buffet of the best the electronic scene has to offer. 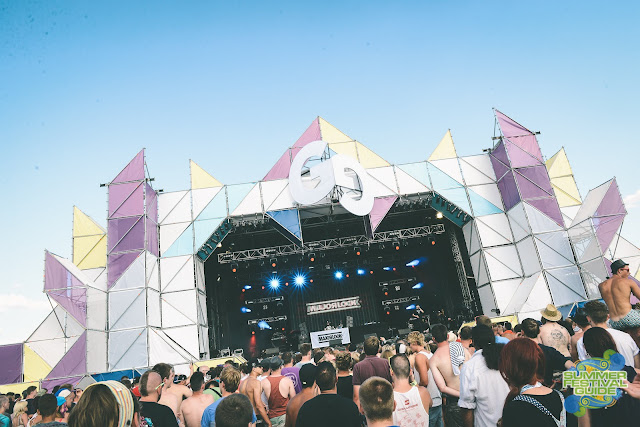 This years event provided the 35,000 people with some great stages along with some great home made stages like the Global Freight Deport which is made into a corridor of freight containers with a cutout for the DJ in the far end. The Bunker which is just as it sounds is a concrete shelter providing you with acts such as Kidnap Kid from Sheffield and many more. This stage is designed for those up and coming artists looking to project themselves to a perfect target audience with a fruitful mix of House, DnB and Dance.

With such a big crowd turn out, organization of this event is of the upmost importance. This year went very smoothly there were however a few bug bears around marshal presence when arriving and leaving the festival which would have made a lot of peoples journeys much quicker and stress free along with large queues at the water points which lacked signage. Other than that the facilities were very good, lots of toilets and food wagons with vast ranges of different delicacies. Girls with chairs offering massages near the main arena was wonderful idea if your sleeping without an airbed and wake up feeling a little stiff. For those who bought VIP Camping tickets had the option to use showers and had a closer water point. This also meant you are closer to the festival itself so if your not a fan of walking long distances from campsite to arena this is a must for 2014.

Along with the Global Freight Deport and the Bunker one very important stage I haven’t yet mentioned is the anticipated GodsKitchen Fusion Cube which was one of this years most anticipated of all the 9 Main tents. Covered in LED panels and equipped with all the best party weapons, Multiple CO2 Jets, confetti canons, multi coloured Laser systems it was one of the best places to be! Especially watching the likes of Paul Oakenfold, Markus Schulz, Ferry Corsten and more the atmosphere at stages of every performance was so intense it makes your hair stand on end, and shivers run down your spine. With the beat running hard and fast it will burn the sensation of what it is to take part at Global Gathering into your mind forever.

Playing peak daytime on Friday only suited to a main stage were Disclosure in full glory of the rare British summer, the young but infinitely talented Brothers Guy and Howard Lawrence smashed an incredible set with a very energetic and endless crowd. Playing their electro-sweet sounds of ‘White Noise’ in current charts this year hitting number 2 UK Singles chart but then in Uk Dance hit number 1.

an ever electric finale, making the best of the beautiful remains of the sun setting slowly over the hill at Long Marston Airfield illuminating the heads of the thousands gathered to watch the last main stage performance, before making their way to one of the other tents for the after party. Plan B played their Number 1 in 2011 for the R&B Charts UK ‘She Said’

Rita Ora performing on the 1Xtra stage Friday night, with some interesting props that included men dressed in what looked like gas masks with make shift ghost buster outfits firing CO2 from their pulse guns showered the crowds with a cool wind. While the beautiful Rita Ora dressed in a Pink leather body suit with a triangle hood singing her chart smashing collision with DJ Fresh who produced ‘Hot Right Now’ which reached number 1 in 2012. 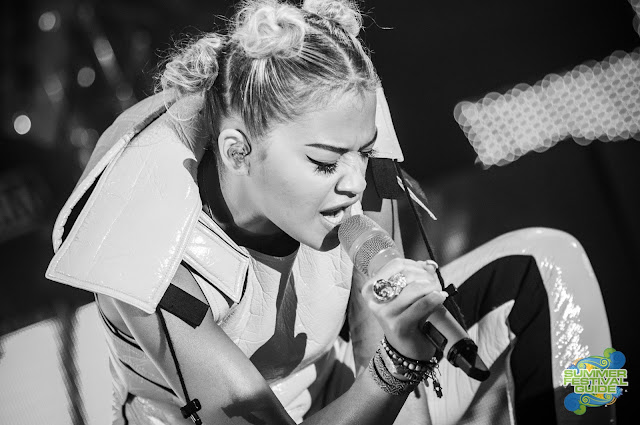 Example hit the stage in poring rain bringing with them an ever impressive light show playing some of the new and some of the original work. Ending beautifully on ‘Changed the way you kiss me’ bringing with the final line a burst of pyrotechnics from the main stage illuminating the pooling field of die hard soaked fans.

I cannot wait for 2014 Global Gathering rain or shine will always put a smile on your face and give you some amazing memories. There are always such a great number of amazing artists its one of the biggest and best highlights of the year. There are alot of festivals out there that could learn a great deal from Global Gathering!