The announcement of new names for VOLT Festival was timed for Valentine’s Day, starting –stylishly- with Bullet for my Valentine. Since the appearance of the band we know that heavy metal exists in Wales and this genre is still among the most popular ones. They know everything about heavy metal that they adopt perfectly in their music by mixing styles of their ancestors and adding aggressive and fast beats with melodic chorus.

The biggest name in this current list is probably Hurts. The romantic and melancholic British synthpop duo has been popular from the very start. Their new album, Exile, will be out 11th March, so in Sopron the duo can test the fanbase live with their new songs.

Canadian punk rock band, Billy Talent, is on the stage for 20 years now being continuously successful for playing massive rock with a hint of punk pop. This year they are not only touring the world with their big hits but playing new songs from their album ‘Dead Silence’ released last autumn.

Papa Roach are true icons of nu metal and this time they will show the crowd in Sopron why they belong to rock history. Their gig is probably one of the most awaited events at this year’s VOLT, where the biggest hits of a generation will be heard.

French DJ Martin Solveig is an outstanding representative of his nation all around the world by making easy-going, sensual and witty dance music. And he’s ready to say Hello to the crowd at Sopron this July.

Dub Fx is not coming to prove anything. He has already shown his unique and outstanding production two years ago at a full-house gig, so it was high time for him to re-visit.

Godfather of techno, Sven Väth, not only makes the audience crazy at underground venues and trendy clubs but this year promises a huge party for VOLT Festival as well.

Fritz Kalkbrenner follows the steps of his techno icon brother by performing at VOLT this summer. The audience and the industry not only knows the German DJ for being the brother of Paul, but for breaking downloading records in online stores and for being a well-known name in the party scene.

Drum’n’bass is back and its most popular name is DJ Fresh who came out with his album Nextlevelism two years ago. The British DJ is not new in clubs. He knows everything about this genre, so we will see what he brings to VOLT: a huge drum’n’bass party or a more danceable night with his well-known tracks.

The Australian Parkway Drive is familiar not only among HC fans but also teen skaters for being heavy and aggressive. It has to be seen and heard with the possible chance of the volume blowing your mind.

Music that comes from Iceland in 2013 is cool. Representing this new trend, Gus Gus will play their sophisticated pop hits this year at VOLT. Their melancholic and frozen-romantic style will probably be very refreshing in the July heat, creating a unique atmosphere at the festival.

Besides the big names, many are interested in the exact location of the 21st VOLT Festival, starting in 4 and half months. The main organizers did not reveal any new information but have confirmed that VOLT will be held in Sopron in 2013 for sure.

For now, check the video for the new names: http://youtu.be/HcrtG0vP4Ls

Fans of electronic music also have a lot to cheer about, as they can meet acts like Caspa, Toddla T and Camo & Crooked in Soporon, Hungary, between 27-30 June 2012.

VOLT started precisely 19 years ago, on 4 April 1993. That was the day when Zoltán Fülöp and Norbert Lobenwein – directors of the festival – organized a big party for Easter Sunday in Sopron. The event turned out to be a success, still they never thought that they will expect more than 100 thousand fans for the 20th edition in 2012. Now they do…

Of course they also didn’t think about the distant possibility to host Mike Patton’s iconic Faith No More on their event. Now it’s a reality. The band had a 10 years break before reuniting a few years ago, but their biggest hits (songs like Easy, Epic, Midlife Crisis, A Small Victory, etc.) are regularly played on radios across the globe. They are only playing some of the most famous festivals, so VOLT is proud to be on their tour list. The day of their VOLT gig – 28 June – will have an especially strong line-up with acts like Chase & Status, Simple Plan, Hadouken!, Katy B and Mac Miller also playing. 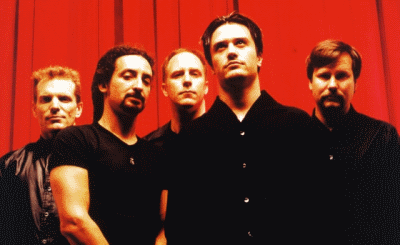 If you’re not the rocker type, you might enjoy the gig of Caspa, DJ, producer and one of the best known representatives of the London underground scene, joined by MC Dynamite and Emalkay. Caspa already played some of the biggest festivals of the world, regularly performs at London’s legendary Fabric club and even has his own labels (amongst them Storming Productions and Dub Police), releasing dubstep and grime productions.

Another important program feature of this year’s VOLT is Camo & Krooked, arriving from nearby Vienna and presenting some of the most exciting drum’n’bass productions of these days. Already mega successful in the scene, the duo plays fast and modern tunes, touching drumstep and dubstep, but also staying true to the quality traditions of the genre.

Many fans have been waiting for the first Hungarian gig of Toddla T, known as a multi-sided e-musician, DJ, producer, radio presenter and mixtape guru, arriving from Sheffield. His style is close to grime and 2-step, but also no stranger to hiphop, garage and dancehall. Toddle T shows are highlighted by great vocalists and he already recorded two successful albums, featuring hit single Take It Back.

And VOLT wouldn’t be VOLT without the greatest Hungarian bands, including the already announced concert of Ákos and also presenting Hungarian allstars Quimby and Tankcsapda, starting to develop a good name for themselves internationally. The detailed programs of the stages are expected to be online within a few days, so make sure you regularly check the festival’s official website for updates. Also keep in mind that the reduced priced Early Bird tickets are only available until 15 April.

VOLT celebrates its 20th edition in 2012 and this gives the possibility to include some great acts in the program. Grammy winner Skrillex, Snow Patrol, Iggy & The Stooges, Lostprophets, Hadouken!, Katy B, Chase & Status, Enter Shikari and Mac Miller were already confirmed earlier and the list of international stars got even longer with the two current additions.

Simple Plan had a top position on the festival’s wishmachine list (voted by fans), no wonder the VOLT programmers did everything they could in the last few weeks to bring them here. The followers of the Canadian rock band are true fanatics also in Hungary, even operating an informative fansite, following every step of their heroes. In fact 28 June, the day of the VOLT gig, was planned as a rest day for the band between the Swedish and Czech show of their European tour, but they just couldn’t resist the huge demand from Hungary, so a private jet will bring them to Sopron – just in time for a great party.

On the next day the main stage will host Scandinavia’s most characteristic e-music production. Röyksopp are known and truly acknowledged for the refined and inward atmosphere of their electro-pop tunes, but they are also no strangers to the higher bpm ranges of dance. The combo of Svein Berge and Torbjørn Brundtland already reached great success with singles like Happy Up Here, Eple, Remind Me, or The Girl and the Robot. Pleased to meet them in Sopron.