mplimented by some EXCITING new additions.

Born in Hackney, London, Paloma who’s latest single ‘Only Love Can Hurt Like This’ is currently in the official top 10, is half Spanish and half British. As an ex magician’s assistant, trained contemporary dancer, St Martin’s alumni with an MA in theatre directions, a performer in burlesque shows and an actress, she has been mixing artistic media throughout her short adult life.

The fascinating singer-songwriter Paloma will be performing a unique DJ Set at Osfest, a brilliant DJ, Paloma plays a mixture of guilty pleasures from the 90's RnB and recognisable old soul.

Carly Woodward, Event Director says “The charismatic Paloma Faith is cutting edge on both the stage and the DJ scene, we are really looking forward to her performance, what an amazing way to finish Saturday Night!”

Osfest are also delighted to have the re-formed the Hoosiers on the line up, Sam Swallow of the Hoosiers admits “We came back to it for a very simple reason: we started enjoying writing songs again.” The Hoosiers multi-platinum success of their 2007 debut album, The Trick to Life, includes singles such as ‘Worried About Ray’ and ‘Goodbye Mr. A’.

Osfest festival goers will be transported back to the late seventies as From The Jam, featuring former The Jam bassist Bruce Foxton and Russell Hastings, will be performing all their classics including “Going Underground”, “Town called Malice” and “That’s Entertainment”!  LES McKeown and the Bay City Rollers will be performing "Bye Bye Baby" which was their first UK Number One in May 1975 and the infamous Toyah Ann Willcox will entertain us with "It's a Mystery"! 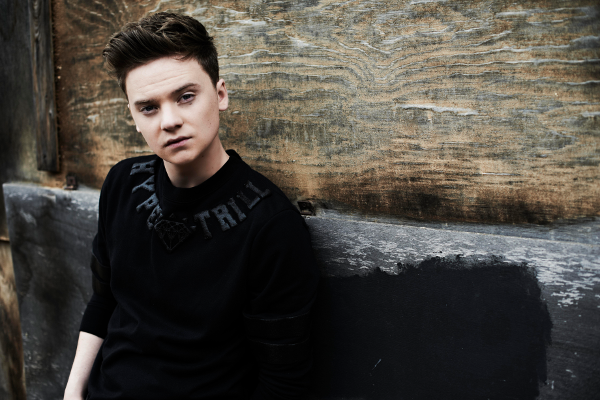 Get UNION J in your Christmas Stocking, the chart topping boy band our the first act to be announced for Osfest 2014! 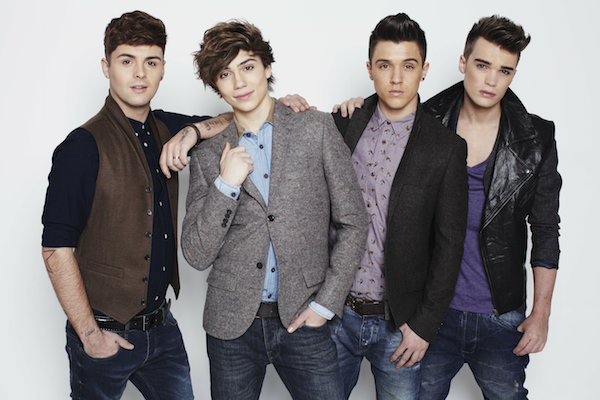 With just 5 weeks to go, Osfest is in full swing of preparing for its fourth year, this time operating as Break for the Border 2013. With a huge expectancy from previously successful years, the Osfest team prepares to deliver its most exciting line up to date. This year the festival falls on bank holiday 24th – 27th May at its usual location of Oswestry Showground, Shropshire.

Multi award winning JLS top the bill on Saturday, known all across the world, the boy band’s live performance will feature 5 UK number one singles and is sure to top off a fantastic opening day of music. Other artists on the Saturday line up are WILEY, LAWSON, TICH and CHARLIE BROWN who have all hit the top 10 this year. Osfest are also very excited to have A*M*E who is currently sat at the top of the charts with her single featuring Duke Dumont, ‘Need U (100%)’.

Sunday’s familiar ‘Indie’ day features THE ENEMY and X factor winner JAMES ARTHUR. James was the most requested artist for this year’s festival and organisers are over joyed that he was available. Also filling the Sunday bill are THE PIGEON DETECTIVES, LUCY SPRAGGAN and LEWIS WATSON.

Local bands and artists are a huge part of Osfest, giving emerging acts a chance to showcase their talents to the field of thousands. Supporting acts this year include The Fallows, Rook and the Ravens, The Taste, Get Cubs, The Lottery Winners, Danny Gruff and the Peacemakers, The Gramotones, Blindsyde, Sounds and Scenarios, JKLMNO, The Novatones, Beat the Poet, Dan the Thief, The Maydays, Portlights, Salopia, Hollie Aires, Not Completely Blonde and Shameless Faith. Like previous years, the two Osfest stages operate alternatively offering variety throughout the day with non-stop music.

Osfest have without doubt met the expectant growth with this years line up but tickets are for once very limited. Only 5000 tickets are available due to the main stage being under a big top tent.  This decision was made after last year’s festival field turned into a mud bath. Anyone planning on booking tickets for Osfest should do so as soon as possible to avoid disappointment as they are expected to sell out over the next few weeks.

As always, Osfest prides itself on being a family friendly festival and this year the festivals family camping area will be increased to house more families wanting to bring there kids for a fun fuelled weekend.

Tickets for Osfest – Break for the Border, start from £29.50 for an under 16’s day ticket, camping and non – camping weekend tickets are available from £65.00. VIP tickets are limited but offer a fantastic package including an exclusive VIP tent in view of the stage, private camping area and use of VIP toilets!

Lucy has performed at Osfest for the past two years but now returns as one of our headline acts after performing in the X Factor live shows; We just had to have her back! Lucy will join James Arthur, The Enemy and King Charles on Sunday 26th May.

JLS, Lawson and Wiley will be taking to the stage on Saturday 25th May before headline act JLS.

We also have rising stars ‘I am Tich’, who has already toured with Paolo Nutini, Pixie Lott and Justin Bieber.

‘Get Cubs’ and ‘The Propellers’ will perform over the weekend,  both have been featured on Radio One recently.

Manchester alternative rock band Rook and the Ravens will also be performing.

Plus our fantastic home brewed talent including The Taste, Danny Gruff and the Peacemakers, Dan the Thief, Portlights and The Maydays.

This year Osfest is partnering with the £500,000 Appeal to help fund a £2million Bone Cancer Centre at The Robert Jones and Agnes Hunt Orthopaedic Hospital NHS Foundation Trust, Oswestry (RJAH). The new Centre will be designed to treat cancer patients in a dedicated care environment, the majority of whom are under 24 years of age. Appeal Director Gwilym Owen OBE, commented, “This is fantastic news! We are delighted that Osfest 2013 has come onboard to support our Bone Cancer Centre Appeal. The festival targets the age group where bone cancer most often strikes”.

The music festival at Oswestry Showground has been held for the last three years and has attracted a number of top acts including Example, Razorlight, Stooshe and Hard-Fi.

The festival, which attracts thousands of music revelers, will take place over May Bank Holiday weekend from Friday 24thuntil campers depart on Monday 27th May at Oswestry Showground.

A variety of music and dance acts, both well known and emerging, local talent promise something to suit all musical tastes.

The main stage big top will only take 5,000 festival goers this year.

Carly Jackson, event director, has urged people to get hold of their tickets fast!

Bringing you a multitude of acts over the 3 days starting Friday evening and delivering through till Sunday! Saturday alone will have at least 10 acts on Main Stage to keep you in your dancing shoes all day – Wiley will be performing his number one hit ‘Heatwave’, band of the moment LAWSON will be taking to the stage and the evening will be topped off with a LIVE performance from JLS, the perfect weekend.

Other local artists will take to the 2nd stage and the infamous "Dance shed"; OSFEST truly has something for every musical taste.

Watch this space for Sunday’s acts to be revealed!

The list of acts for this year is looking superb and we will be releasing  updates over the next few weeks – we in the Osfest office are working tirelessly to bring the BIGGEST and BEST Osfest so far… BREAK FOR THE BORDER… be part of it – get your tickets today!

The MULTI act line up is starting to take shape… with  massive names already confirmed for Saturday 25th May…. JLS !!!

Osfest – Break for the Border will be bringing you a multitude of acts over the 3 days starting Friday evening and delivering through till Sunday!
The list of acts for this year is looking superb and we will be releasing  updates over the next few weeks – we in the Osfest office are working tirelessly to bring the BIGGEST and BEST Osfest so far… BREAK FOR THE BORDER… be part of it – get your tickets today!