This weekend will see the return of Beacons Festival which takes place in the Yorkshire Dales.

Having started out in 2011 this music festival has gone from strengh to strengh pulling together a top lineup of artists from all around the world and this years lineup is no different. 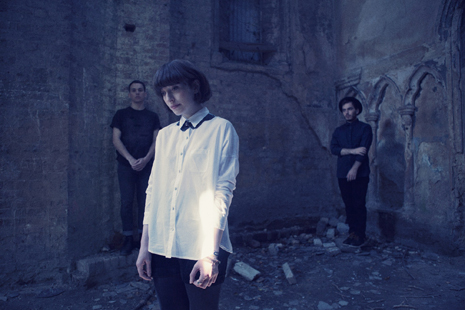 Other acts joining in on the action include the likes of Erol Alkan, Jackmaster, Carli XCX, Joy Orbison, Nightmares on Wax, Neneh Cherry, Dusky and a whole bunch more.

Our picks and must sees for this weekend are:

Action Bronson: This upcoming hip hop artist has been billed as the "next" Ghostface Killa and his legendary stage antics include recently eating someone's burger in front of the audience he was performing for and rapping from a porta-loo mid performance.  This larger than life rapper is bound to put on a show that the Beacons Festival crowd will not want to miss.

Submotion Orchestra: Formed back in 2009 in Leeds, UK, this seven piece band plau a fusion of jazz, soul and dub and have been the favourites of the likes of Trevor Nelson, Jo Whiley and others.  Their live stage shows are full of energy and they are bound to get you bouncing around as they take to the Beacons stage on Friday nite.

Dusky: Saturday at Beacons will see London electronic music duo Dusky hit the crowd with a set of producions so diverse its hard to classify them.  Influnced by many genres, expect a fusion of house and techno and everything in between.

Darkside: Hailing from New York, Darkside are electronic music duo Nicolas Jaar and Dave Harrington.  Having recently released a remix of Daft Punk's 2013 entire album Random Access Memories to high praise this duo has blown up playing festivals and events all around the world.  Their latest album Psychic delivers a wide range of genre music and their live set is something not to be missed.  Be sure to catch them at Beacons Festival closing out Sunday night.

The festival news items continue to roll in as the Summer Festival Guide can now announce the special guests for this years Beacons Festival.

Beacons Festival are very pleased to reveal the special guests for 2014. Action Bronson will be joining headliners Darkside, Daughter,Jon Hopkins and The Fall. Other great acts added to the line-up include the slick R&B XXYYXX, Dam-Funk (part of the revered Stones Throw gang and Greg Wilson. Predictability is never a threat. 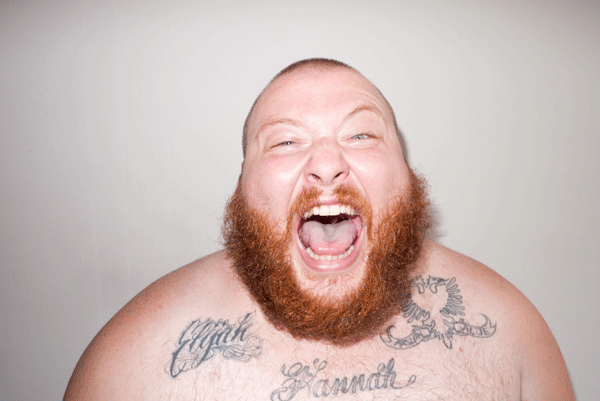 The Fall, who will make a rare festival appearance are joined by Hookworms off the back of a huge 2013, Dixon who was Resident Advisor DJ of the year, Jools Holland favourite Melt Yourself Down, TOY, Daniel Avery, King Creosote, Sweet Baboo, Eagulls (after that Letterman performance) Max Graef, Money, Girl Band, Pins, Galaxians make up some of the first wave of bands.

The Thursday night welcome party will feature entertainment, expanded from last year to include a late night silent disco with special guest DJs. Art and Culture will again be an integral part of the festival. A new field named Hunters Field will accompany an expanded arts area, The Space Between, a larger Dawsons Art Hashhouse and the new outdoor stage, The Argyle. Entertainment will range from spoken word, yoga, film and documentary Q&As and meet The Brewers, with 5 Point Brewery being confirmed so far.

Other festival highlights include The Diddy Rascals family area, which is also getting a revamp and will double in size. The Whitelocks Ale tent will feature the anticipated and expanded Ale festival. A new beer tent from Leeds’ hottest new venue, Belgrave Music Hall are amongst the new additions to Beacons Festival.

“Keeping Beacons going after the flood in 2011 has been really hard, but when Wild Beasts headlined in 2012 the stars realigned and it was totally worth it. Now I don’t think about booking acts just to sell tickets. With Dixon, Jon Hopkins and Daniel Avery on site over the weekend we genuinely feel we have the 3 best producers in the world at the moment so we are well chuffed”  Ash Kollakowski, Beacons Festival

Beacons Festival, nestled in the heart of the Yorkshire moors, is boutique bliss. Having burst onto the already swollen festival scene a mere two years ago, the four night event boasts the crème de la crème in food, arts and culture-and by no means slim pickings when it comes to stellar performers.

It’s tough to know where to start when the offerings span from up-front indie to chillcore trance, edgy noise punk to folky-psych pop (if you hadn’t already guessed, this festival could count as "one for the hip ‘n’ happening students") but Friday headliner Bonobo is a sure place to start. If you weren’t lucky enough to catch the trip hop megastar’s down-tempo London shows showcasing new album ‘The North Borders’ then you have no excuse not to go. Simon Green's bass-guitared brainchild will surely be the premier event of the weekend, with Gold Panda's similarly trippy blend of electronica shortly following.

Not to worry fans of the heavier side of life; Canadian hardcore outfit F*cked Up will no doubt, a la Gallows, prove they're eclectic and interesting enough to break out from the punk scene into all rounder NME poster boys. F*cked Up may not be one not to take your kids to, but the festival's famously family themes (the Guerilla Rave Rug is apparently perfect for the child who wants every day to be their birthday) add generational variety beyond what the lineup suggests.

For more chilled out vibes, check out Channel One Soundsystem and Uncle Acid and the Deadbeats; the former being world famous reggae dub DJs (expect tantalising Panda Dub overlays) and the latter grubbing out some classic stoner rock 'n' roll. Nice.

Beacons Festival takes place on the Funkirk Estate, Skipton between the 16th-18th August and, at just under £100 a ticket, is set to be the most economically priced-for-what-you-get fest of the summer.

Beacons Festival, the cutting-edge music and arts festival are pleased to reveal the latest acts. Joining Bonobo, Ghostpoet, Django Django, Local Natives, Savages, Dutch Uncles is DANNY BROWN. A natural born rapper, the 32 year-old began his life in rhyme at a young age, thanks to his mum, who raised him on a literary diet of Dr. Seuss books. A little edgier than a rhyming kids' book writer, Detroit-born Brown started turning heads back in 2010 with his debut album The Hybrid. 2013 brings album number three, entitled Old and Danny's had hip-hop fans foaming at the chops with anticipation for its release.

Beacons also revealed that the fancy dress theme for the Friday is Frontiers of The Future along with a new outdoor stage The Red Bull Music Academy. T. Williams, Throwing Snow and James Holden will headline that stage with further announcements due soon.

Beacons is a three-day, four-night festival and for a short period, tickets are available at £99.50 with deposit schemes still available. Early Bird tickets are now sold out and Beacons have launched a new ticket. The Beacons Bundle which features 24 cold beers or cider, a Beacons hand printed tote bag with the festival programme and a weekend ticket all for the price of £129.50.

Beacons has also revealed they are introducing a new art and chill space for 2013. Dawson's  Arthash House will allow you to kick back, relax and enjoy independent films, photography, graphic design and digital art. It's aim it provide a space where you can profile the creativity in cities around Beacons both up and coming and historic, in a laid back environment, to allow you to rest between all those great bands and DJS.

Beacons is a three-day, four-night festival and for a short period, tickets are available at 99.50. All early Bird tickets are now sold out.

Confirmed bands for Beacons 2013 so far:

“Last year, due to extreme flooding, Health and Safety Executives made the decision to cancel Beacons Festival. We were devastated to have to cancel your party but were left with no choice. This year, we have moved the site away from any potential flood areas, still in the fantastic setting of Carleton.  The new location is even more picturesque than the previous site and we feel it can only enhance people’s experience of what will be a truly amazing festival.”

Beacons Festival is set in the heart of the Yorkshire countryside; an affordable festival brought to you by a collective of tastemakers who, for years, have been bringing the best music to reputable Northern venues such as Leeds’ Nation of Shopkeepers and Brudenell Social Club, Sheffield’s Bungalows and Bears, Club Pony and the Shipping Forecast. We’ve also got the organisers of London-based festivals and events like Underage and Field Day and the Shacklewell Arms venue on board. This year, the main stage acts are presented in association with The Stool Pigeon magazine.  The people behind Manchester’s coolest band nights, Now Wave are on board, as are London’s Eat Your Own Ears. Beacons will be bringing together the cream of the cities finest club nights and gig venues for one weekend in Yorkshire. 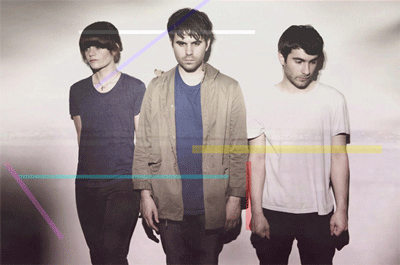 Beacons is a three-day, four-night festival and for a short period, tickets are available at just £60 for the weekend, including camping (£55 for students). A limited number of early bird weekend tickets will be available from 9am Wednesday 15th February. Tickets will be available to purchase from the Beacons Festival website, HMV, Seetickets, Gigantic, Leedstickets.com, Jumbo Records and Crash Records.

We’re thrilled to welcome Rodney Smith aka Roots Manuva to Beacons this year. Following the release of last year’s 4everrevolution – his most powerful work since Run Come Save Me – the UK hip-hop legend will be bringing his innovative sound to the Yorkshire countryside this summer. And one of UK hip-hop’s rising stars will also be playing. The Mercury Music Prize-nominated Ghostpoet will be laying down his laconic beats and baritone drawl and you’ll get the chance to see why Factory Floor have made a fan of Joy Division / New Order’s Stephen Morris and had the likes of Pitchfork and Quietus touting them for bigger things.

Beacons represents a side-step from the usual treadmill of festival bands and burger vans. We book the bands we love, because we know that our visitors will love them too. As we announce more artists over the coming weeks and months, we will also be revealing our exclusive cinema programme. In addition to this, there will be children’s entertainment from the Ladybird Project, spoken word, theatre and dance.