True pioneers of the whole Nu-Metal era, Korn will play Friday 10 June at Download Festival. Jonathan Davis, Munky, Head, Fieldy and Ray will bring that signature rumble to the spiritual home of rock. Their highly anticipated 12th studio album is due for release this year, ahead of what is a welcomed return to Donington. After a tumultuous few years, and fresh from the release of Bad Magic, the mighty Motörhead, the ultimate British rock ‘n’ roll institution, will play Download Festival on Friday 10 June. The pure embodiment of a rock – front man Ian Fraser 'Lemmy' Kilmister will bring swagger and attitude, and we’re certain of a few things – there will be No Sleep Till’ Donington, they are Motörhead, and they play rock'n'roll like no other. 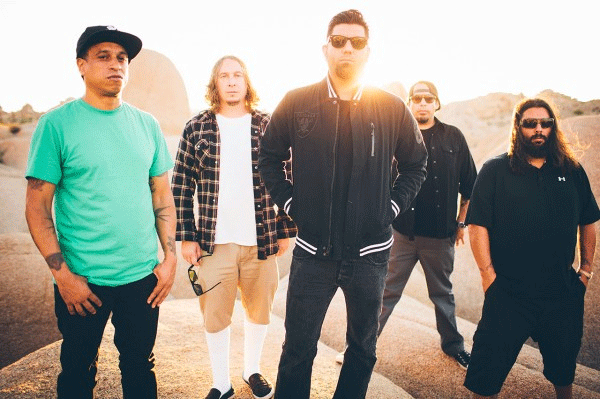 Alternative rock mainstays, Deftones join an already mind-blowing Saturday line up. With the highly anticipated release of their eighth studio album, Deftones will bring a live show of epic proportions to the hallowed grounds of Donington next year. The Sacramento quintet have evolved since their inception, but inarguably they maintain the essential soundtrack to all hardcore fans.  Deftones are Chino Moreno, Stephen Carpenter, Frank Delgado, Abe Cunningham and Sergio Vega.  Metal veterans, Megadeth, release their 15th album Dystopia early next year, which will no doubt excite the fans ahead of their Saturday performance at Download Festival.

On Sunday 11 June, symphonic operatic metallers, Nightwish, come with heavy guitars, intense instrumentals and edgy duet vocals from Floor Jansen and Marco Hietala. Their hypnotising take on metal melodrama will no doubt lure the crowds to Donington next year. Returning from their hiatus, Disturbed released the epic Immortalized in August this year, a long awaited album of epic proportions proving that their live show next year will be nothing short of unmissable. Now resurrected – their dark metal craft and distinctive sound claimed the number 1 album spot in the US. Disturbed are: David Draiman, John Moyer, Dan Donegan, and Mike Wengren.