Following a hugely successful inaugural year, OnBlackheath festival is back and promises to be bigger and better with the announcement of platinum selling five piece Elbow and pop icons Madness as this year’s headline acts. OnBlackheath, inpartnership with John Lewis, will return to one of London’s most beautiful open spaces on Saturday 12 & Sunday 13 September 2015. Tickets on sale 9am Friday 20 February and available via www.onblackheath.com

Saturday's headliner will be BRIT and Mercury winning Elbow, a band that, over six studio albums, have established themselves as one of the most important acts the UK has ever produced. With their current album 'The Take Off and Landing of Everything' entering the UK charts at Number One and a well deserved reputation for incredible live performances this headline set is sure to be unforgettable. 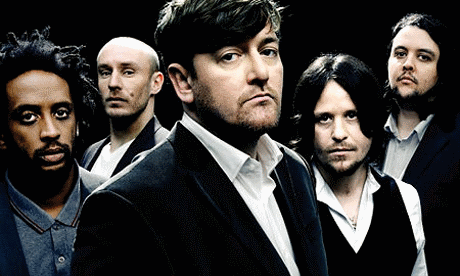 Madness will be hitting the main stage on Sunday for their only London date this year. In the last 5 years the band have released two of their most critically acclaimed albums ‘The Liberty of Norton Folgate’ and ‘Oui Oui Si Si Ja Ja Da Da’. At the end of 2014 they embarked on a hugely successful arena tour, including a date at London’s O2 Arena.

Madness commented: “We thought we’d left no stone unturned in London: Palaces, parks, stadiums… and now the kind people of Blackheath are letting us play there. Lets hope we don’t cause an earthquake south of the river.”

Manic Street Preachers will arrive on Blackheath following the release of one of the most critically acclaimed albums of their career (Futurology) and the reissue of their 1994 masterpiece The Holy Bible which was also played in full at some of the most feverishly received gigs the band have ever played. They are unarguably one of the UK's most treasured rock & roll bands.

Also heading to the main stage on Saturday will critically acclaimed Anna Calvi with many more artists still to be announced. Whilst leading independent label Heavenly Recordings will be back to curate the second stage Heavenly & Friends.

Sunday will see the likes of American R&B star and food lover Kelis and British soul singer Laura Mvula take to the main stage. National radio DJ Gilles Peterson will be making a return and will be bringing an array of live music and DJ sets to hisWorldwide Stage.

The Meantime Sessions Stage has also been announced and makes a welcome addition to the bill with artists including The Rude Vandals plus Chris Holland All Stars.