The Summer Festival Guide is excited to reveal the first lineup announces for this years BluesFest which includes some of the biggest names in Blues, Jazz, Soul and RnB.

Now in its fourth year, and widely regarded as one of the highlights of the live music calendar, BluesFest made history in 2013 when it relocated to the Royal Albert Hall and became the iconic building’s first ever full-scale music festival. The four day event was a resounding success, with over 40,000 music fans enjoying an incredible run of shows from the likes of Robert Plant, Ronnie Wood, Bobby Womack, Van Morrison, Gregory Porter, Tedeschi Trucks Band, Mavis Staples, Chris Rea and many more. This year’s festival will feature a similarly world class line-up as evidenced by the first batch of headliners which includes the return of one of the most indelible artists of the 20th century, the legendary Van Morrison (Oct 28th), songwriting icon Elvis Costello (Oct 29th), the inimitable Georgie Fame (who opens for Costello on Oct 29th), multi-Grammy-winning Sheryl Crow (Oct 31st) and chart-topping jazz funk outfit Level 42 (Oct 26th). Although all these artists are now celebrated for their own distinctive sounds and styles, they all credit the blues as the start of their musical journeys.

Elvis Costello: "I've waited a, long, long time to share a bill with Georgie Fame. There is no better address to do it than Albert's Royal Hall. Fame at last!" 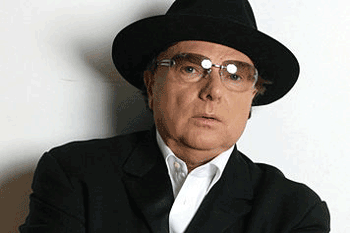 As was the case with last year’s festival, BluesFest 2014 will be hosted exclusively at the Royal Albert Hall, with performances taking place not just in the main auditorium, but also in other rooms around the building during the daytime, utilising the Grade 1 listed venue’s varied selection of performance spaces. Alongside the headline concerts in the main auditorium each evening, some of the additional daytime activity introduced in 2013 will return including intimate sessions from festival artists, exclusive exhibitions, showcases, and an ‘In Conversation With’ series.