Following a landmark festival headline set from Bastille and selling out over 2 months in advance for last year's event, the biggest Blissfields ever also featured a remarkable wealth of breaking and established talent including London Grammar, Clean Bandit, Sam Smith, Mystery Jets, Bondax and more. Blissfields are today pleased to announce its first wave of acts for 2014, continuing a tradition of breaking the best new talent and hand-picked established names… now increasing it’s capacity to 4,000 tickets against the grain of a tremulous time for music festivals. Reflecting the loyalty and strongly independent and rising nature of the festival, tickets for 2014's event have already been selling at a faster rate than ever before, even ahead of any music acts being announced.

2ManyDJs and Sleigh Bells lead the announcement that includes 2014 Critic’s Choice BRIT Awards nominee Chloe Howl who makes her second visit to Blissfields following a triumphant year that found her shortlisted for the BBC Sounds of 2014 – which also saw Luke Sital Singh and Nick Mulvey nominated, who both join the line-up. Critically acclaimed US carnival-pop act Tune-Yards will no doubt boast hints of the forthcoming third album Nikki Nack in their performance, while 6Music Blog Sound of 2013 Winners Wolf Alice will show why they were the “most blogged artist of 2013” across the UK [Hype Machine]. 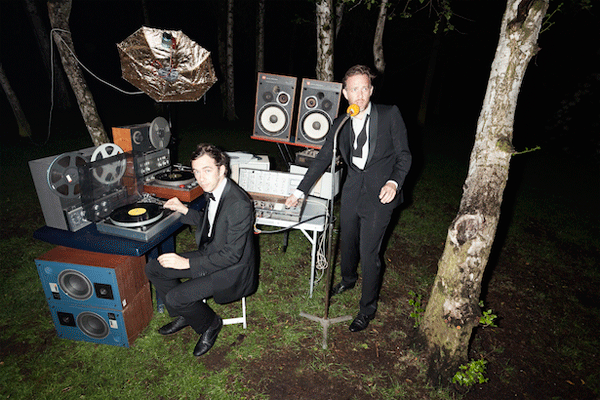 Set to follow in the dance/pop cross-over footsteps of Disclosure and Bondax,Snakehips and TCTS play late night slots on the newly renamed Hustle Den stage, as Blissfields showcases sets from breakthrough acts Dan Croll, Ry X, Famy, and more, bringing the most exciting up-and-coming artists from around the world to Hampshire.

At the top of the bill, and blurring the lines between pop, dance, disco, house and indie/rock, festival favourites Hercules and Love Affair and 2ManyDJs will close out the Saturday night of the festival, while New York dance-rockers Sleigh Bells will top the Friday night party bill, highlighting the more international nature of the festival this year, reconfirming Blissfields as one of the most eclectically billed boutique festivals in Britain.

Once more it boasts an impressive legacy of fun festival acts as well, presenting fan favourites Dub Pistols as its Thursday night headliner, and welcomes Gentlemans Dub Club, Melt Yourself Down, Monki, and Gypsy Disco to ensure that Blissfields’ spirits are kept high, and that frivolity reigns throughout what was last year dubbed “the festival where it never rains”.

There’s many more acts to announce as well across all stages, but this year’s line-up so far is;