FacebookTweet
Last year’s Mercury Prize winner James Blake joins Jabberwocky as the second headliner of an already incredible lineup. From his roots as a club DJ, Blake’s sound progressed into a tender and melancholy mix of modern electronic music and lo-fi indie more akin to contemporaries the XX than his dubstep peers.
The fractured sounds of his self-titled debut lead into the chilling sophomore full length, ‘Overgrown’, an album that achieved widespread critical acclaim and unlikely guest spots from the likes of Wu-Tang legend the RZA. Jabberwocky are ecstatic to welcome James Blake to London for an oh too rare performance in the nation’s capital. 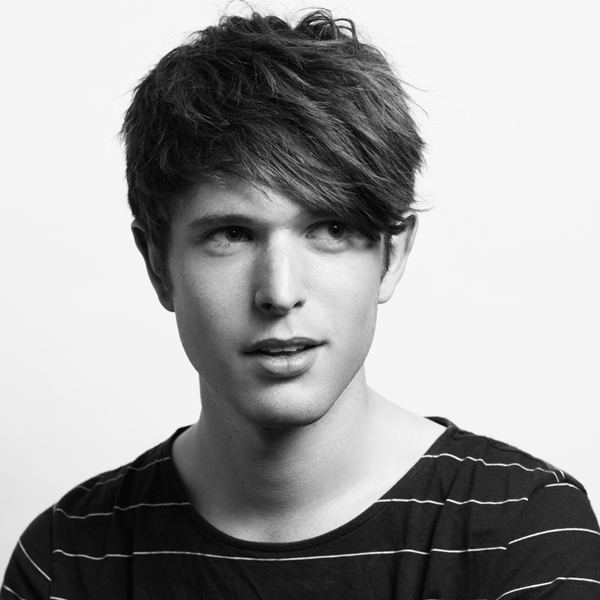 New York duo Darkside is comprised of Brooklyn multi-instrumentalist Dave Harrington and electronic producer Nicolas Jaar. Their 2013 debut for Matador, ‘Psychic’ fused the two musicians’ vastly different backgrounds into a wholly original mix of experimental and ambient rock and brooding, downtempo house and techno. It is an uncompromising vision and works as a whole to clearly display the progressive and incredibly talented minds at work.
With their recently announced hiatus still fresh in people’s minds John Dwyer and co softened the blow with the announcement of their upcoming Castle Face Records album ‘Drop’ and now ATP are thrilled to announced the addition of garage rock heroes Thee Oh Sees to this year’s Jabberwocky Festival! The prolific band’s live show is one of the most energetic and exciting you’re likely to see anywhere in the world and to say that their set will be one of the clear highlights of the weekend is no exaggeration.
Matthew Barnes, aka Forest Swords, debut ‘Dagger Paths’ EP catapulted him into the public consciousness with its skulking, abstract, electronic psych-pop making him stand out from other chillwave contemporaries. Four years on and with full length LP ‘Engravings’ under his belt, he has become one of the go to names in electronic music with remixes having been commissioned by the likes of These New Puritans, Wild Beasts and The Big Pink.
Fresh from the release of ‘Benji’, his sixth studio album under his Sun Kil Moon moniker, ex-Red House Painters main man Mark Kozelek’s beautiful and moving indie-folk sounds as absorbing and vital as ever. A true cult hero, Kozelek can count Will Oldham, Ben Gibbard and Sonic Youth’s Steve Shelley as collaborators and as a veteran of previous ATP events he fits into this lineup perfectly.
Since the late 90s noise loving producer and musician Kevin Martin, better known by his primary recording alias The Bug, has created dancehall and hip-hop influenced music ranging from the extreme to the ambient and more dub oriented. Last summer’s Danny Brown, Flowdan and longtime collaborator Kiki Hitomi featuring ‘Filth EP’ provided a taster for The Bug’s upcoming ‘Angels & Devils’ full length which promises guest spots from the likes of Death Grips and Gonjasufi.
Having burst onto the punk scene last year with their abrasive ‘I Have Lost All Desire For Feeling’ EP, Syracuse quartet Perfect Pussy proved to be one of 2013’s boldest and most exciting new bands. With lyrical subject matter bordering on the frighteningly personal and a sound both uncompromising and effortlessly compelling they charge into 2014 with the release of their debut full length ‘Say Yes To Love’ this March.
Having been a member of short-lived Brooklyn buzz band INOUK and released solo album ‘Mansions’, Damon McMahon really hit his stride with his Amen Dunes moniker. He creates fuzzy, isolated, eerie pop with hints of the Velvet Underground, Roky Erickson and Syd Barrett that is sure to be perfectly represented on May’s upcoming Sacred Bones Records (David Lynch, Zola Jesus, The Men) full length ‘Love’.
Formed in 1993, New York four-piece indie-rock group The Van Pelt were responsible for what is arguably one of the finest American guitar records of the 90s, the seminal ‘Sultans Of Sentiment’. Having performed reunion shows in 2009 they will again be regrouping to perform at Jabberwocky Festival
Anonymous conceptual musician, producer and Warp Records signeepatten’s intricate compositions have gained him critical acclaim since becoming active in 2009. Though he remains shrouded in mystery, he has described his upcoming full length ‘ESTOILE NAIANT’ as being ‘informed equally by Argentinian writer Jorge Luis Borges’s evocative maze-like short stories, late nights at early FWD events and the open tunings of Sonic Youth’s chiming guitars’.
Portuguese band Paus makes bass-driven, percussion-heavy music that defies comparison or categorization. Praised for their distinctive, experimental sound and their largely improvisational, heavily energetic live shows they are an exciting addition to the Jabberwocky lineup.
Canada’s experimental music and performance art collective Yamantaka // Sonic Titan take the genres of post-punk, opera, noise, metal, folk and pop and view them through their very own psychedelic kaleidoscope creating a sound unique enough to entirely defy characterization.
Experimental and progressive Spanish group Oso Leone combine numerous folk and rock based styles to create a powerful yet delicate sound, seeped in beautiful melodies and a level of passion that has gained them a legion of faithful followers.
Hailing from Barcelona, Joana Serrat was attracted to folk and Americana from a young age. As such, her music is a sublime mixture of folk, indie, pop and country with a vocal that carries the warmth and sincerity of her songs perfectly.
Plus DJs:
Fra Soler (Primavera)  +
Pitchfork DJs +
DJ Coco (Primavera)
DJ Cherrystones
Spencer Hickman (Death Waltz Recordings)
Daevid Phillips
FacebookTweet