Stepping up to the decks on a mission to keep you dancing all weekend long are BBC Radio 1’s original dance music champion Pete Tong who returns to our Wight isle to host Bestival’s All Gone Pete Tong, Fabric resident and Scrutton Street shaker Daniel Avery, Wall of Sound top boy Mark Jones and deep sea bass warrior Mumdance. Plus there will be sets from Lovesick, ComfyPorn DJs, Dan Hayes, Propaganda DJs and Across The Tracks DJs. 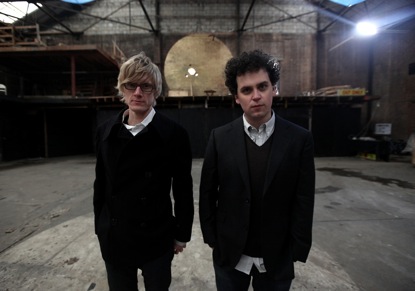 For the fifth year running, we are opening our doors to you lovely Bestivalites on Thursday and for our 10th birthday, we’ve got even more top drawer behaviour than ever before, with a jam-packed line-up in the Big Top that includes the amazing M.I.A., Justin Robertson, The Correspondents, Mark Jones, Sunday Best Forum Allstars, Kitty Daisy & Lewis, Bike To Bestival, Courtney Pine, and our Druids Opening Ceremony all hosted by Peter Tautz The Right Toastmaster.

The Replay with Rob da Bank stage, will kick off on Thursday night, with upfront sounds from the aforementioned Mixhell, Tythe, Man Without Country, East India Youth, Dog Is Dead and Feeling Gloomy. But that’s not all as there will be plenty of seafaring shenanigans across the site with a host of stages open including The Knees-Up Tent, Grand Palace Of Entertainment, Tomorrow's World, The Bandstand, Temple Island, Club Dadaand the Polka Tent.