They join a glittering array of acts announced by organisers earlier this week, with headliners Mumford & Sons, Rihanna and The Killers, plus The Script, alt-J, Paloma Faith, Jake Bugg and Of Monsters and Men already confirmed to play T in the Park’s 20th year edition over 12th – 14th July.

Since releasing their debut album Tourist History in 2010, Northern Irish trio Two Door Cinema Club have had a stratospheric rise to success. In the past year alone, they’ve headlined the NME Awards Tour 2012, released their critically acclaimed second albumBeacon and frontman Alex Trimble has performed to a global audience of over a billion at the London 2012 Olympics Opening Ceremony, after being specially invited by Danny Boyle to sing the vocals on Caliban’s Dream. They’re sure to deliver a stand-out set atT in the Park.
Azealia Banks became one of the most talked about new acts on the planet when she featured in the top 3 of the BBC’s prestigious Sound of 2012 poll and topped NME’s Cool List at the end of 2011. Now prepping her debut album, Azealia has been teasing her audience with gems like 212 – a certified club pleaser on rotation in dance floors around the globe – in addition to a slew of other records that showcase her range as an artist. Her T in the Park debut in July is hotly anticipated. 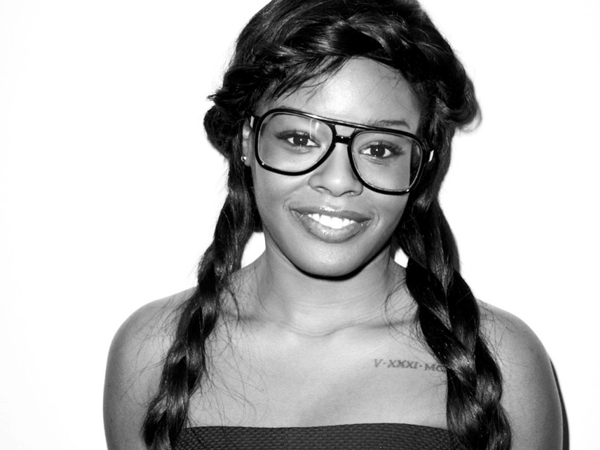 The latest additions to the T20 line-up come the day after Mumford & Sons – who were revealed as headliners by festival organisers on Tuesday – played a blistering set in Glasgow and received a phenomenal 6 Grammy nominations, including a nod for the prestigious Album of the Year award.
Festival Director Geoff Ellis said: “Two Door Cinema Club are one of the freshest, most exciting new acts around, and have had a phenomenal past year. One of the hottest new acts on the planet, Azealia Banks is a stunning live performer – I saw her at Coachella this year, then again in Glasgow and both times her set was incredible. We’re really delighted to be bringing both acts to Kinross this July.”
George Kyle, Head of Sponsorship at Tennent’s Lager said: “Here at Tennent’s, we’re extremely proud to have been involved with T in the Park since the very beginning as founding partner. With a fantastic selection of world class acts already confirmed for next year’s festival, the 20th year is going to be one of the best yet and I’m sure we’ll see some very special performances in Kinross next summer.”
A limited batch of T in the Park tickets will go on sale tomorrow from 9am at 2012 prices, when music fans can get their hands on the ultimate festival ticket of 2013.
FacebookTweet