FacebookTweet
Rob da Bank says: “I spend my life thinking about who Bestival-goers would like to see at the show. The latest slew of acts highlights the sheer diversity of what people want to see at Bestival: I’m especially chuffed that The La’s have chosen Bestival to come back to the UK circuit and James Blake DJ-ing before Bjork will be a corker, no doubt. Roll on September!”

Following the announcement that Björk will be filling the final headliner spot at Bestival we are mega pleased to announce that legendary Merseyside beatniks The La’s will be getting the ferry across the Solent to join us at Bestival.  One of the most influential acts of the past 20 years, The La’s majestic eponymous debut album has inspired countless bands including Oasis and The Coral, so it’s an utter joy that they have ended nearly two decades on hiatus to entertain the Besti-crowd with their near mythical melodies in what is an exceptionally rare appearance.

Action on the ones and twos comes courtesy of post-dubstep wunderkind James Blake who will be performing a rare DJ set to get the crowd in the mood for our Icelandic showstopper’s main stage finale on Sunday. Mark Pritchard and Steve Spacek will be getting adventurous and eclectic under their Africa Hi-Tech moniker, plus there will be speaker shaking sets from Nero, Toddla T & Serocee, L-Vis 1990, Mike Pickering, Bip Ling, IDC, Fear of Theydon, Low Fro, Omid, Pete Gooding andPhil Mison.

In support of their brilliant new album, ‘Hot Sauce Committee Part 2’, the Beastie Boys have revisited their classic video ‘(You Gotta) Fight For Your Right (To Party)’, inviting a jaw-dropping who’s who from the film industry, including Elijah Wood, Danny McBride, Seth Rogen, Susan Sarandon, Will Ferrell, Jack Black and more to take part in ‘Fight For Your Right – Revisited’. So, we’re mega excited that we will be showing the new short film in full on the main stage and in the Big Top at Bestival. And that’s not all – the none-more generous Beastie Boys are offering the exclusive chance to win a pair of Bestival Tickets plus a copy of ‘Hot Sauce Committee Part 2’ on double white vinyl (and CD) and selected Beastie Boys back catalogue CDs plus a DVD Anthology. We’ll also select five runners-up who will receive a copy of ‘Hot Sauce Committee Part 2’ CD each. For a chance to win visit here and get involved!

Commenting on the film Beastie Boy Mike D told us: “It takes place in 1986 when the ‘Fight for Your Right (To Party)’ music video finishes shooting — and then the hi-jinks ensue.  In film terms, this is a period piece.” 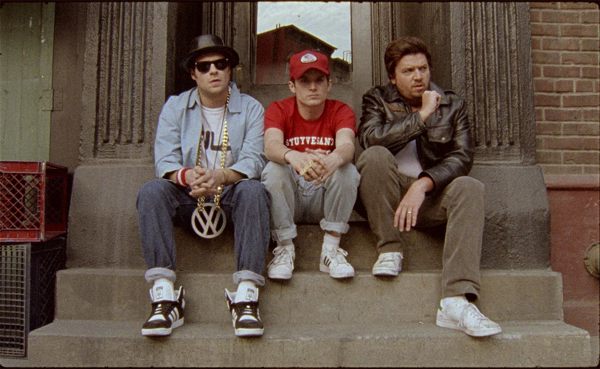 Just to get you even more excited about our fast-approaching shindig (September 8-11th, as if you didn¹t know!), we are teaming up with denim gurus Replay to give all you the chance to grab your very own ‘on the house’ pair of jeans which you can customise within the Replay Denim Studio at this year’s Bestival. 400 pairs are being given away to Besti-goers who can then have the unique experience of creating their own pair of jeans with specialised workshop tools. All you have to do is register online at www.replay.it/replayatbestival and then when you arrive at Bestival you can grab your complimentary pair of jeans and a festival-friendly gift bag. Share the love and tell your friends and, what’s more, as day turns to night the Replay Studios tent will be hosting live music and DJ sets.
FacebookTweet