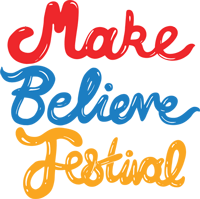 London, a place where some of the best and most widely known festivals are held drawing in millions but deep within the heart of Islington, an alternative festival is stirring and let me tell you, quirky and unique are just the start!

It began on Friday 3rd May as I approach the doors with club like bouncers, I cannot help but wonder what is going to be behind the doors and without a doubt, it was indeed different to any festival that I have encountered before.

Located in Islington Metal works, North London, the festival ran for 3 short days only and I can honestly say that without a doubt, it was a truly remarkable experience.

Walking through the doors, I instantly felt that I had time warped , surrounded by people in Victorian gear, it felt somewhat surreal yet comfortable at the same time to completely distance myself from modern day life.

The main room (although slightly small) was cramped full of people 100% engrossed and enjoying the atmosphere. A good job was done with the space they had, with ruby red curtains reminiscent of Aladdin’s cave and seating areas to chill out to the music.

Not only was Make Believe a 3 day excuse for childhood dress up, it also showcased some amazing bands with a banging head for music. With the main headliners including The men that will not be blamed for nothing, Sunday driver, Beatrix Players and The hall of mirrors to name but a few . The music although not what I would instantly listen to, surprised me by plenty of unique instrument playing and high note hitting. I found myself humming along and having them going around repeatedly in my mind for the rest of the night.

As well as live music, the festival also offered theatrical performances in the style of theatre, circus, art and puppetry so there was something for everyone to get stuck into.

The best part of the whole experience was the atmosphere of the room. As soon as you stepped over the threshold, it was like escaping 2013 and entering a new magical world where everything is possible and the possibilities are endless.

That simply sums up their title: Make Believe… Over those 3 days, you can be anyone!

Taking place in one of the most iconic venues in London The Hard Rock Café, Hard Rock Rising: the global battle of the bands 2013 was an event not to be missed! Over 3 nights, 9 bands voted for by the general public battled it out each night to be chosen the winners of their heat. After some fierce rock and roll, only 3 bands will make it through to the live final on Wednesday 27th March to battle it out once more for a unbelievable prize of a record contract that will seal the bands bright future and a whole heap of travelling to go with it. But with all this amazing talent, who will remain to be the last band standing!

Monday night went off with an almighty bang, with the history of rock and roll plastered all over the walls; it was hard not to be amazed by the venue, its warm and cosy atmosphere. The 3 bands that were taking to the stage were Alexa De Strange, Crystal x and Snap Out.

Alexa De Strange totally rocked the stage and immediately captured everyone’s attention. They played a 3 song set each one louder than the previous and with an amazing operatic lead female singer, it was clear they’d earned their spot on stage. Their image resembled that of a true rock and roll and they had the audience (and myself) head banging almost immediately. When it came to the judges Absolute Radio’s James Curran, Jemma Dowley from Live Nation and James Walsh from Star sailor, it was clear how awesome their performance was. Described as “an amazing way to kick-start the night” and reminiscent of the Rocky Horror Picture Show, they certainly made a lasting impression on everyone in that room

After a 5 minute changeover where the drinks and conversation were flowing, we welcomed the 2nd band of the night Crystal X. Somewhat younger, with the age of all their members totally just 19 years, they soon showed me age matters not and rocked the house in true style. With a lot more audience interaction and variation of emotions in their set, they raised the energy and definitely hotted up the competition. With the judges agreeing that they showcased a more serious side with a youthful image that would be highly marketable, they played their best to score a place in the final.
The last band of the night was the only all male trio Snap out. Described as the “Wild Card” of the evening, they were fast, furious and rocking the audience with their electric guitar solos and on stage banter made them stand out from the crowd. The judges declared them “the most fully formed band of the night” and they showed a genuine, natural relationship on stage that shined through.

Then it was the tense results moment, with such unique talent, I don’t know how the judges decided but the crowd went crazy when Alexa De Strange was named Winner of Heat 1! They will be back for the live final, one step closer to the amazing prize!

Come Tuesday night, I was ready and excited for Round 2 and the night did not disappoint. The 3 next bands to take to the stage were The Carnabys, Echo Park and The Nevertones. It was another night full of great music and a great atmosphere.

The Carnabys took to the stage with a 5 piece boy band image; their music was a mixture of rock, soul and funk that went down amazingly. From London, they displayed a large amount of energy and charisma, with different moods attached to each song; they proved popular to everyone present. Compared as “the best boy band since the Who”, they certainly played well and showcased a unique form of rock and roll.

Echo Park, the second 5 piece rock band from Surrey had a more rock mixed with pop vibe and reminded me of a younger Westlife. They definitely knew how to play their instruments with an amazing drummer and awesome singing they captured my attention. Their lyrics somewhat more emotional than others had true feeling and they showed a soft tender side to rock and roll.

Lastly, we had The Nevertones. A chaotic rock band formed in July 2012 that mix indie, rock and punk to create some unforgettable songs such as Do The Monkfish. They created a blues vibe that differed from the others and with an excellent guitarist, and bucket loads of energy they did a great set. I would describe them as soft rock and roll but nevertheless, they showed their talents to fight off the competition.

Yet more nervous for these 3 bands, The Carnabys were crowned the winners of Heat 2 and will join Alexa De Strange in the live final on the 27th March.
Wednesday night, there was a touch of sadness in the air with it being the last fighting round. The Kut, Tequila Mockingbird and Wild Honey were the last bands to battle it out. It was a night full of excitement, anticipation and full on rocking . The last results revealed that Tequila Mockingbird were the third and final band to make it through.

So Hard Rock Rising 2013, the battles have been done and the heats have taken place. The three finalists Alexa De Strange, The Carnabys and Tequila Mockingbird will return at the Hard Rock Cafe, London on Wednesday 27th March for the live final but who has what it takes to be crowned winner of Hard Rock Rising : Battle of the Bands 2013!