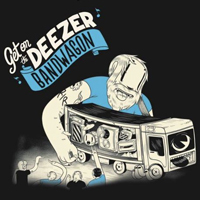 Seeing someone perform inside a soundproofed box isn’t the usual thing you’d expect when attending a gig. It was actually quite a surreal experience when you weren’t wearing the headphones given to you at the door. Normally silent discos are played by DJ’s, so you don’t really expect to be able to hear the music, however when confronted with a band that you can’t hear it’s a completely different story. Once I put on the headphones given to me at the gate however, I was engulfed by the crisp, electro pop sounds of Little Boots as if she was performing at a normal gig.

Having never seen Little Boots before I couldn’t wait to hear what she had in store for this one-of-a-kind show. Alongside her crowd pleasing classics such as ‘Stuck On Repeat’ and ‘Remedy’ she played a number of new, as of yet unreleased tracks that went down a storm with the crowd of all ages. Towards the end of her hour-long set time Little Boots fittingly played ‘Headphones’ which added to the slightly comedic performance. Being perfectly honest, I wasn’t really sure what to expect from Little Boots, however her live performance completely blew me away and fitted perfectly with the first signs of spring sun.

Before Little Boot’s final few songs we were all told that we could take our headphones off as the 400 strong crowd had been tweeting about the show so much we’d ‘unleashed the music’, and Little Boots finished her performance in style with a couple more new songs. Once Little Boots’ show was over Russ Jones, AKA Hackney Globetrotter, took to the decks and took the party into the night with an eclectic set of chart toppers and funky house beats. The Red Gallery Car Park proved to be the perfect venue for a relaxed evening of free drinks and great tunes hidden away in the heart of Shoreditch, with plenty of sofas and benches to soak up the evening sun on.