Standon Calling has added even more artists to it burgeoning line-up including Toy, The Duke Spirit, NZCA Lines, Blood Red Shoes, Yak and more to perform at the Hertfordshire festival, 29th – 31st July. Day splits and day tickets have been unveiled and with the festival just under an hour from London, its now even easier for fans to catch their favourite acts. Standon Calling returns to the beautiful manor grounds setting of Standon Lordship, inviting thousands of revellers for a magical weekend of live music & DJs, family entertainment, swimming in the outdoor heated pool and day to night hedonism. Day tickets are on sale now at £57, weekend tickets at £147.

This July Standon Calling will host performances from some of the best musical talent around including Suede, Jess Glynne, Kelis, The Hives, Everything Everything and more for an unforgettable weekend of music, the best street food, family entertainment, interactive workshops, multiple venues, festival frolics and more. Not one to rest on its laurels, the festival now welcomes even more artists to join in on the party.

Heading to Standon and hailing from Brighton are indie-rockers Toy and punk duo Blood Red Shoes. NZCA Lines brings sci-fi and synthesizers to the festival and The Duke Spirit lead the myriad of new rock additions including NGOD, Yak, Hercules Morse, Fronteers, Animal Noise and Over The Edge. 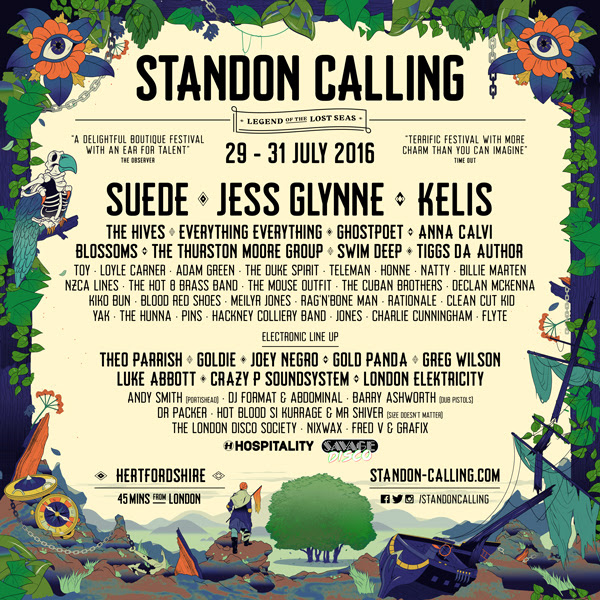