Unfortunately, due to the untimely illness of Chimaira vocalist Mark Hunter they have had to postpone their entire upcoming UK/European tour, which included a headlining slot at this year's Takedown Festival in Southampton on Saturday 15th March.

'I'm sorry to say that Chimaira will have to postpone the upcoming European and UK dates. I am extremely sick at the moment with pneumonia and have been advised not to travel for a minimum of two weeks. The last thing we want to do is cancel. We are working to reschedule the shows and will have new dates set up shortly. I apologize for any inconvenience this may have caused and we hope to get over there ASAP. – Mark'

Fear not though as we have found, and are very pleased to announce, a worthy replacement in the form of London based metallers Rise to Remain, who will now be headlining the Total Uprawr Stage. Rise to Remain have made appearances at Download, Sonisphere as well as extensively toured Europe and the UK. They won a Kerrang! Award for 'Best British Newcomer' in 2010, and were voted 'Best New Band' at the 2010 Metal Hammer 'Golden God' Awards. In February this year Radio 1 premiered a brand new track 'Over and Over' from their highly anticipated 2nd studio album which they've been recently tucked up in a studio busy writing.

We're excited to welcome Rise to Remain to Takedown 2014!

Tickets for Takedown are available now from www.takedownfestival.co.uk priced at just £30, or £34 including official after show party.

Taking on the world, this year’s lineup continues to bring the best international rock acts from every corner of the globe to one festival site.  Confirmed for their fourth appearance at Download Festival are US rockers Papa Roach. 2013 marks the band’s 20th anniversary and they will celebrate by bringing hits like ‘Last Resort’, ‘Scars’, ‘She Loves Me Not’, and ‘Getting Away With Murder’ to a sea of mosh in Donington Park. 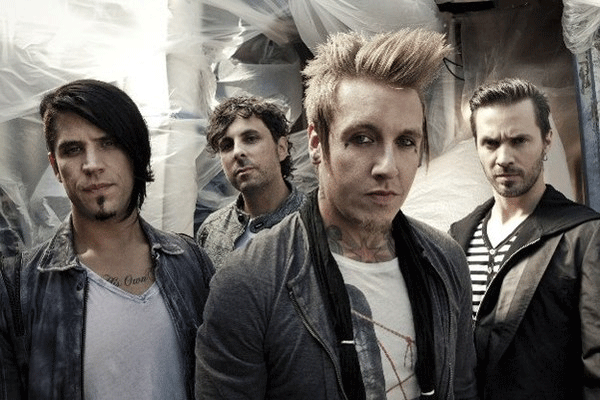 Buckcherry are welcomed back to Download Festival for a third time while Uriah Heep, regarded as one of the seminal rock acts of the early seventies, will make their Download Festival debut. Multi-million selling Grammy nominated nu metallers P.O.D join the bill, and following the release of their four-song EP earlier this year, titled Metal, Newsted, fronted by Metallica’s long-serving former bassist Jason Newsted, are ready to rock in Donington.

It’s a battle of Scandinavia’s finest and Europe are sure to ‘Rock The Night’, joined by Swedish metallers Katatonia and hard rock band Graveyard. From across the way, Finnish Viking metallers Turisas are also confirmed.

Ready to thrash out some serious heavy metal are Japan’s Dir En Grey. Jetting in fresh from the US are bloodthirsty death metallers Nekrogoblikon, After The Burial, The Ghost Inside, Blacklist Royals and stoner rockers Red Fang. Aussie rockers Karnivool and Naked Flame are also announced, and bringing a taste of fierce French heavy metal are The Algorithm.

Closer to home, Brit rockers Skin and Sacred Mother Tongue will take Download by the horns, joined by Brit metalcore groups Bury Tomorrow and Architects. Fresh from touring with Cancer Bats, Brutality Will Prevail and Reading prog-metal group Empress are also both confirmed.

Last but certainly not least are UK heavyweight groove metal quintet Heart Of A Coward, York’s Glamour of the Kill, Coventry rockers Silent Screams and Birmingham’s Cytota. Rockers The First and Broken also join the bill, and providing some gloriously twisted rock & roll Cambridge style are Uncle Acid and the Dead Beats.

Download Festival boasts some of the best onsite facilities to ensure that weekend ticket holders have the most enjoyable experience. The festival is currently in the process of being awarded with a “Provider” mark from CredAbility in recognition of its disabled access systems and amenities. Download’s Access Team are continuing their work with local Derby based firm, CredAbility, to strive towards the Verified Accessible award which will be awarded to them after the event. For further information visit http://credability.uk.com/.

They join The Prodigy, Metallica and Black Sabbath for the greatest weekend in the rock calendar on 8-10June 2012.

One of metal’s modern heroes, Slipknot and Stone Sour frontman Corey Taylor is confirmed for his first solo acoustic performance at Download. Following the release of his acclaimed book Seven Deadly Sins, and a one off address at the Oxford Union, Corey has emerged  as one of rock’s most engaging ambassadors.

Hardcore punk/Celtic folk band Dropkick Murphys also join the bill. The critically-acclaimed band’s set will mix old and new songs to inspire fist pumping madness in the moshpit. And proving that loud, gritty and ranting punk rock is very much alive, Cancer Bats are confirmed for their third appearance at the mighty Download Festival.

London-based metalcore group Rise To Remain, fronted by son of legendary Iron Maiden frontman Bruce Dickinson, are also confirmed, joined by multi-million selling UK heavy metallers Saxon who are welcomedback for their fifth appearance at ‘the spiritual home of rock’.

Other exciting additions to the 10th anniversary line-up include Glaswegian rockers Gun, best known for their cover of Cameo’s ‘Word Up!’, Heaven’s Basement with their extreme energy live show and James Cleaver Quintet with their mix of soulful punk rock and post-hardcore.

Irish trio Kopek, who have been out on tour with Papa Roach and Stone Temple Pilots also join the bill, as well as classic rockers The Quireboys, probably best known for their hit album ‘A Bit of What You Fancy’ which reached Number Two in the UK charts. They’re joined by critically acclaimed UK metallers Sylosis, shock-rockers Butcher Babies, London metallers The Defiled, American metal-rockers Fozzy and former Skid Row frontman Sebastian Bach – returning to Donington for his first solo performance, although he was a surprise guest during Guns ‘N’ Roses’ headline performance at Download 2006.

Chicago’s Soil will be flying in for their fourth appearance at Download, joined by Red, White & Blues featuring lead guitarist from Skin, Myke Gray, and US metallers Upon A Burning Body, mixing brutal breakdowns with catchy two steps and heavy blast beats.

Last but certainly not least, hardcore mob While She Sleeps are added to the bill, as well as post-hardcore group We Are The Ocean, fresh from the recording with legendary producer Pete Miles, 18 year old classic rockers The Treatment and the hotly tipped Marmozets.