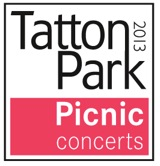 Tatton Park today announced the spectacular headliners for their Picnic Concerts 2013. Synth pop international superstars The Human League, plus special guests, will be performing in the stunning grounds of the park on Saturday 20 July and Britain’s most famous mezzo-soprano Katherine Jenkins and the National Symphony Orchestra will be performing on Sunday 21 July. Tickets are on sale NOW and available at www.tattonparkconcerts.com.

The Human League, one of the most influential groups from the 1980s will be joined by special guests for an astounding evening of much loved electro classics. The electronic New Wave band from Sheffield shot to fame in the early 80’s with Don't You Want Me which was a No. 1 hit in the UK, US and many other countries. Over the years they have been cited as an influence by a host of superstars from Madonna to Moby and the Pet Shop Boys to Lady GaGa. Off the back of their sold out tour at the end of last year this show will feature a selection of all their well-known hits such as The Lebanon, Mirror Man, Open Your Heart and Fascination. The concert will conclude with an amazing fireworks display across the backdrop of Tatton Park.

Katherine Jenkins is one of Britain’s favourite singers and has introduced to the world a new genre of classical superstar, selling millions of albums across the globe. Katherine will be performing a selection of much-loved Last Night classics such as Rule Britannia, Jerusalem and Land of Hope and Glory. In addition, the concert will feature some of her favourite pieces including Les Filles de Cadiz, Someone To Watch Over Me and I Could Have Danced All Night. This fantastic finale to the weekend comes complete with the National Symphony Orchestra conducted by Anthony Inglis and culminates with a stunning fireworks display.

Katherine Jenkins said, ‘I am absolutely thrilled to be performing at this year’s Tatton Park Picnic Concerts. The surroundings are truly stunning and I can’t wait to sing in the park. It will be an enchanting evening.’

The Henley Festival is the UK’s most glamorous summer party; five magical nights on the banks of the River Thames in the beautiful Oxfordshire countryside. Tickets go on sale to the public from 15 March or you can beat the wait and become a Friend of the Henley Festival to get your tickets in advance. Tickets can be purchased at www.henley-festival.co.uk, or from the Festival box office: 01491 843404
Tickets priced from £35 per day. All Festival profits go to local charities [details below].

This year the Festival is celebrating 30 years at the heart of the English summer season and has announced a line up like never before.

Composer, singer, author, actor, activist – Sting was born in Newcastle, England before moving to London in 1977 to form The Police with Stewart Copeland and Andy Summers. The band released five albums, earned six Grammy awards, and in 2003 was inducted into The Rock and Roll Hall of Fame. Since 1985, Sting has released 13 solo albums. To commemorate the 25th anniversary of his solo career, 25 Years, the definitive box set collection, was recently released. The Best Of 25 Years is also available as a double disc. Sting has sold nearly 100 million albums from his combined work with the Police and as a solo artist and has earned an additional 10 Grammy awards, a Golden Globe, an Emmy, and three Oscar nominations. This summer, Sting will perform many of his most celebrated hits at the Henley Festival on July 4, 2012.

Aside from the headline acts, black tie revellers will enjoy candlelit dining at award winning chefs Albert and Michel Roux Jr’s riverside restaurant or have a more relaxed bite at one of the Festival’s six other restaurants. Along the riverbank world-class acts [full details below] from the worlds of jazz, opera, pop, theatre, comedy, cabaret and literature entertain while pop-up art boutiques and sculpture lawns bring major galleries and artists to the Festival – a unique ‘collectors’ concierge’ provides advice and introductions to those looking to buy.

The headline acts are closed each night by a dazzling firework display before partygoers dance into the night at the Festival’s resident nightclub.

Henley-on-Thames is 60 minutes from London by train, (or 10 minutes by helicopter to the Festival’s helipad). Many guests choose to make a weekend of it and stay in one of the many five star hotels in Henley or nearby [more details below].

Cabaret and performance:
Among the stand-up comedy acts on offer are Have I got News for you! regular Dr Phil Hammond,Fascinating Aïda star Sarah-Louise Young, and charismatic Canadian comedic Craig Campbell.

The Festival’s signature cabaret acts, The Roving Company of Eccentrica, will amuse, entertain, surprise and shock guests with their unique brand of street performances, spread throughout the Festival’s grounds.

FEAST! Contemporary arts programme
Pop up art boutiques and sculpture lawns bring major galleries and artists to the Festival and a ‘collectors concierge’ provides advice and introductions to those looking to buy. The Festival’s Visual Arts Programme includes FEAST! – an exceptional range of selling exhibitions – including the Festival’s famous Sculpture gardens – that showcases major international established artists and emerging talent.

Stewart Collins, Henley Festival Artistic Director said: “To celebrate the Festival’s landmark birthday we’ve really pulled out all the stops. This year’s programme promises to be one of our most sensational to date – after all, 30 years is an achievement for any event and we wanted to see our guests celebrate in style. The Henley Festival is renowned for leaving our guests with magical memories and this will be an unmissable year for regulars and newcomers alike.’

The Henley Festival is sponsored by Invesco Perpetual, Westcoast, Lavazza Coffee, Goodhead and Courtiers, the Festival showcases some of the best loved artists and performers from the classical, jazz and contemporary music world, as well as talent drawn from the global cultural scene, from sculpture and street theatre acts to poetry and art.