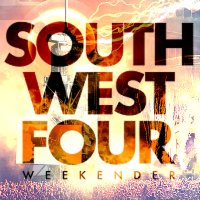 Coming off the back of recent headline performances at Timewarp, We Are FSTVL, Ushuaia Ibiza Opening and the IMS Grand Finale, Sven Väth makes his hugely anticipated return to Clapham Common for South West Four’s 10th Anniversary. Such storming sets continue to seal Sven’s legacy as one of the greatest DJs to ever walk the planet. This summer his Cocoon vision will embark on its fourteenth season at Amnesia Ibiza, with guests including Ricardo Villalobos, Richie Hawtin, Loco Dice and Luciano playing across seventeen roadblock events. Sven is a truly iconic figure within the scene and on Sunday 25th August he will be sharing his godly gifts with the more than worthy South West Four crowd. This will be something very special.

Another internationally renowned DJ making their return to SW4 for the 10th Anniversary is Mr VIVa Warrior himself, Steve Lawler. Held in the highest regard by both his peers and his global spread of fans, Steve has held residencies at many of the world’s greatest clubs including Space Ibiza and The End London. He has also released music on highbrow labels such as Cocoon, Souvenir and Drumcode, as well as his own brain child VIVa MUSic. It’s through this imprint, that he has earned a reputation for breaking new talent. With new names to follow in 2013, as well as another 15 weekly parties from June at Sankeys Ibiza, the summer is set to be another stormer for Steve. With this his fourth South West Four performance, we are thrilled to welcome his pounding tribal beats back for another outrageous session of amazing music.