On the 8th February 2018, well known venue, Cambridge Junction, opened it's doors to ticket holders filled with excitement to see English rock band, The Amazons, take to the stage.  With an entry fee of just £17 for fantastic performances and ample parking around the local leisure complex, the venue did not disappoint. Doors opened around an hour before the gig was planned to start. Within the venue there are three separate stages J1, J2, and J3 (Junctions 1, 2 and 3).  But for this night, it was all about the acts on the J1 stage.

The Amazons are a Reading-based quartet that formed back in 2014. Since then the band had been shortlisted for the BBC's sound of 2017, nominated for Q’s Best Breakthrough Act and have even made an appearance on MTV’s Brand New 2017 list.  The band have also caught the attention of many radio DJ's including Radio 1's Clara Amfo, Annie Mac, Huw Stephens, Nick Grimshaw and Greg James. The lads have even found a big fan in Zane Lowe.  The awesome foursome (cheesy I know) are also produced by the Grammy nominated Catherine Marks (Wolf Alice and Foals). It looks like The Amazons are hotly tipped to make it big in 2018! The band's self-titled debut album is also out now! 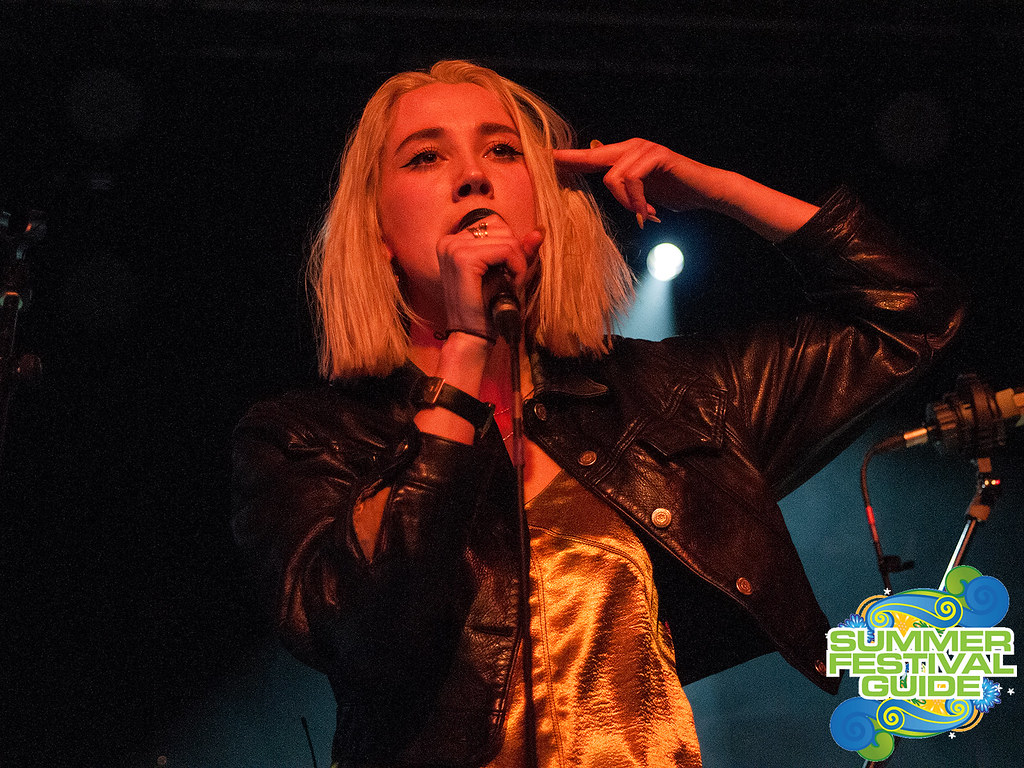 ​Supporting and touring with The Amazons, are Brighton based group, Yonaka.  The band themselves describe their music as "dark alternate pop with heavy riffs." Yonaka's band members are Theresa Jarvis – Vocals, George Edwards – Guitar, Alex Crosby – Bass/Keys  and Robert Mason on Drums.

​​In a darkened room filled with screams and cheers and after a short musical intro, the four members of Yonaka entered the stage to start their set with  a performance of their single "Ignorance", to which I and many individuals within the room were putting on our very best karaoke voices to sing along to.  During the high energy set, featuring fast paced lighting and stunning vocals from the band's vocalist Theresa Jarvis, they continued on to perform other singles including "Gods and Lovers", "WWBY (Wouldn't Wanna Be Ya)", the very intense and somber "All In My Head". We were also introduced to a new song titled "F**king With The Boss" – a song to which caused a tiny mosh pit form in the centre of the room.  The foursome kindly thanked their fans for "turning up" and continued on to promote the night's main act The Amazons and referring to them as "f**king amazing!"

As expected they finished their set with their most popular hit to date, "Bubblegum" to which the audience were asked to contribute with vocals along with the band on stage.  "Bubblegum" is a song that will be playing on loop in your head for a while. I've often found myself humming it to myself after seeing Yonaka perform for the first time at Truck Festival in 2017.  I really liked them back then and love them now! I am definitely looking forward to hearing more of their material in the future.  If you get a chance to see them live, then please do.  They are not an act that you would want to miss live. With lots of energy, great interaction with their audience and catchy pop/rock/alternative tracks, they are everything you'd expect from a band of their genre. 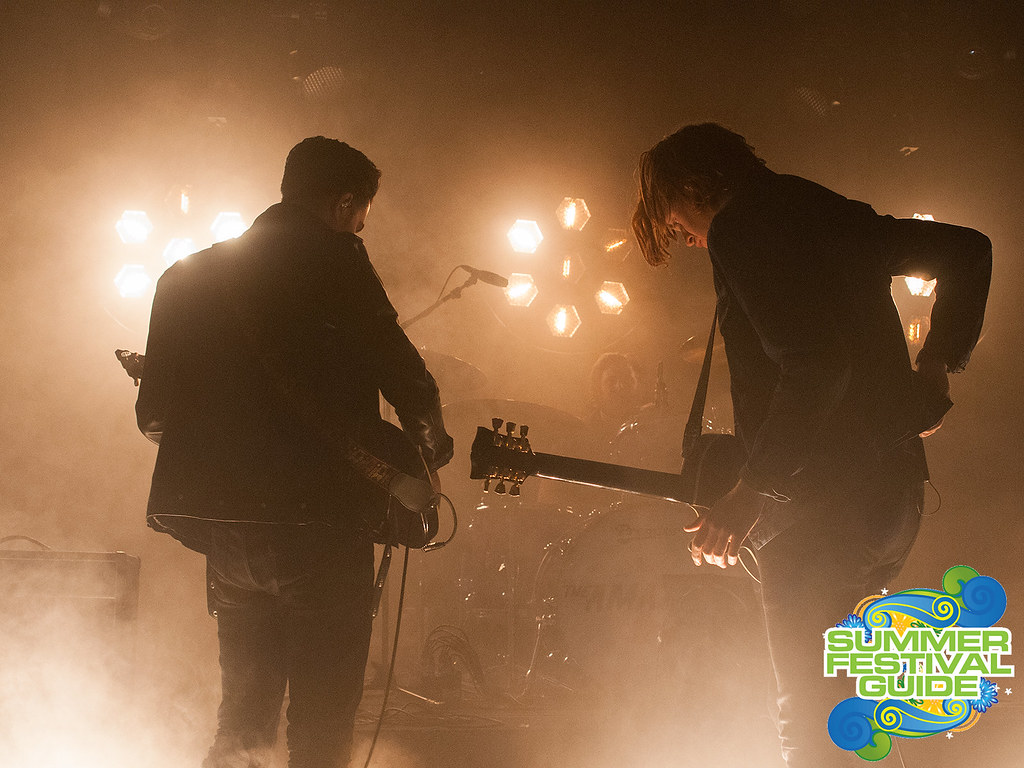 After the excitement from the support act's performance, the majority of room was ramped up and ready for the main act of the evening to take centre stage.  Around 9pm teenage girls flocked to the front of the room clinging to the security barrier filled with excitement, fans repeatedly chanting "Am-A-Zons, Am-A-Zons!" and clearly a row of parents at the back of the room with their ecstatic teenagers in front them and their backs against the wall, that looked like they had been dragged to the venue against their will, with folded arms and yawns a plenty.

As the chanting for the main act continued (and got considerably louder), eventually after a short wait, the band began to take their place on the stage under dim red and white lighting to perform their first song of the night "Stay With Me", which had almost the entire room bathed in strobe lighting and fans singing along too.  There were also head boppers and foot tappers as far as the eye could see.  Not including the poor bored and tired parents at the back of the room. Oh dear indeed. The four piece continued on to perform their second and third tracks of the evening – "Ultraviolet" (which has featured heavily on BBC Radio 1) and "Raindrops" before then speaking to their fans in the audience for the first time. Did they announce the title of their next song? Or perhaps thank everyone for coming to their show? Nope. They simply opened with "Hello, we are The Sherlocks!" Just Brilliant!

​​For those of you that don't already know, both artists, The Amazons and The Sherlocks have recently been involved in some rather amusing shenanigans on social media. Recently, the line up for Y Not Festival had been announced, and both acts are confirmed to perform at this popular event.  Yorkshire band, The Sherlocks were shown to appear on the fourth tier on the festival's poster. However, The Amazons are shown on the third tier of the promotional image. When The Sherlocks posted the image of the festival's line up on their social media feed the two acts had been swapped – rumour has it that the band photoshopped the original image to place themselves higher up in the third tier to replace The Amazons.  Whether the two bands are actually just enjoying some friendly banter or they genuinely don't get on, I don't know. But it certainly has caught the attention of the press and has had many people both perplexed and entertained. After all, entertainment is their game!

​​During their show, the guys also pulled out a few surprises.  Including an incredible percussion solo from drummer Joe Emmett.  Honestly, I didn't want it to end.  It was that impressive! He was applauded with a huge roar of appreciation from the entire room of people.  Also, they included an awesome cover of T-Rex's 70's hit, "20th Century Boy". The last unexpected addition to their set was a clever move to introduce Theresa Jarvis, (vocalist in support act Yonaka) back onto the stage to perform "In My Mind" with the group.  The joining of the two acts was a brilliant idea, and worked to their advantage, creating excellent musical balance. 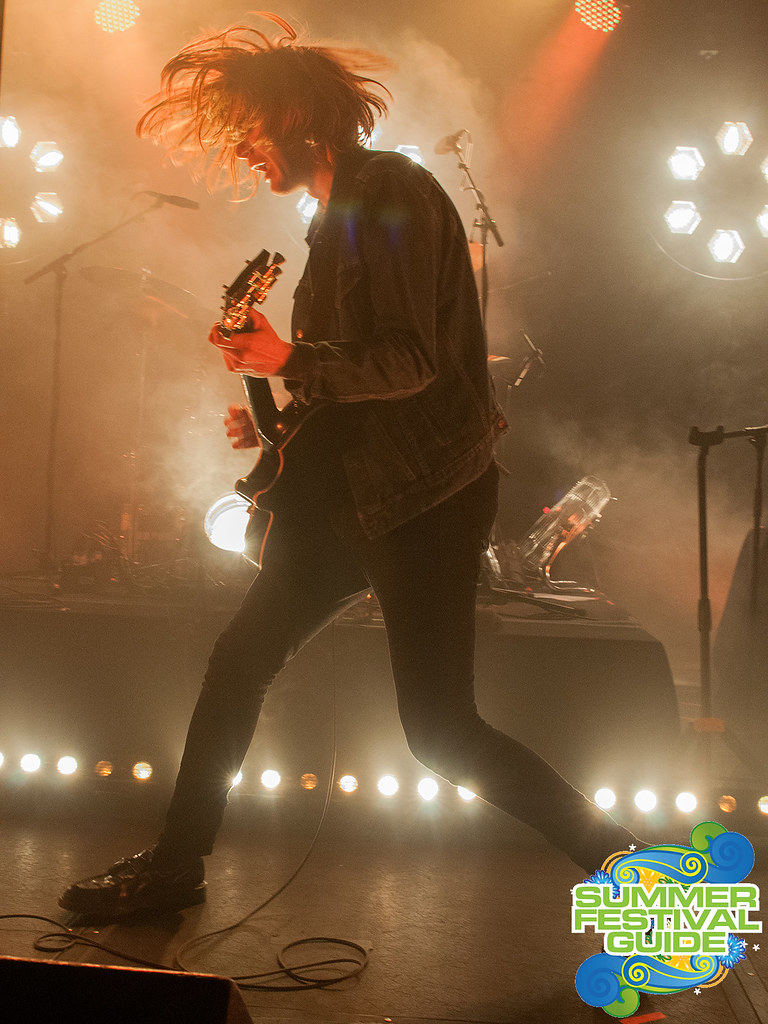 Throughout the evening ticket holders were in constant admiration for the band on stage. There were moments when the room was filled with people jumping and head banging. There were also times where all I could see was slow hands, phones and even a lighter (not really very safe, but oh well) in the air during tamer segments of The Amazons' set.  After performing their latest single "Black Magic", the guys left the stage and we were left once more in a darkened room. Like earlier in the evening, the chanting started again "Am-A-Zons! Am-A-Zons!". The foursome did return to the stage after around 3 minutes to finish their show with an encore performance of "Palace" and the hit that I, and most likely many others, were excited to see performed live. Their well known track "Junk Food Forever", which even encouraged a crowd surfer to come out of the centre of the room. During the their encore at the end of the night, one of the band members even stated "don't take this the wrong way, but I didn't think this was going to be this f**king amazing! Thank you".

​As much as I like The Amazons' music when hearing it recorded, I much preferred hearing it live. Their music inspires a great atmosphere when they are physically seen performing. It will be interesting to see them perform on a bigger stage and in front of a bigger audience too.

Both The Amazons and Yonaka have a busy year ahead. The Amazons will also have a very busy festival season this year while appearing at events including Y Not Festival and Truck Festival in the summer months. Yonaka are also due to play at The Garage in Islington on 28th February 2018.  Everyone, grab your tickets now!