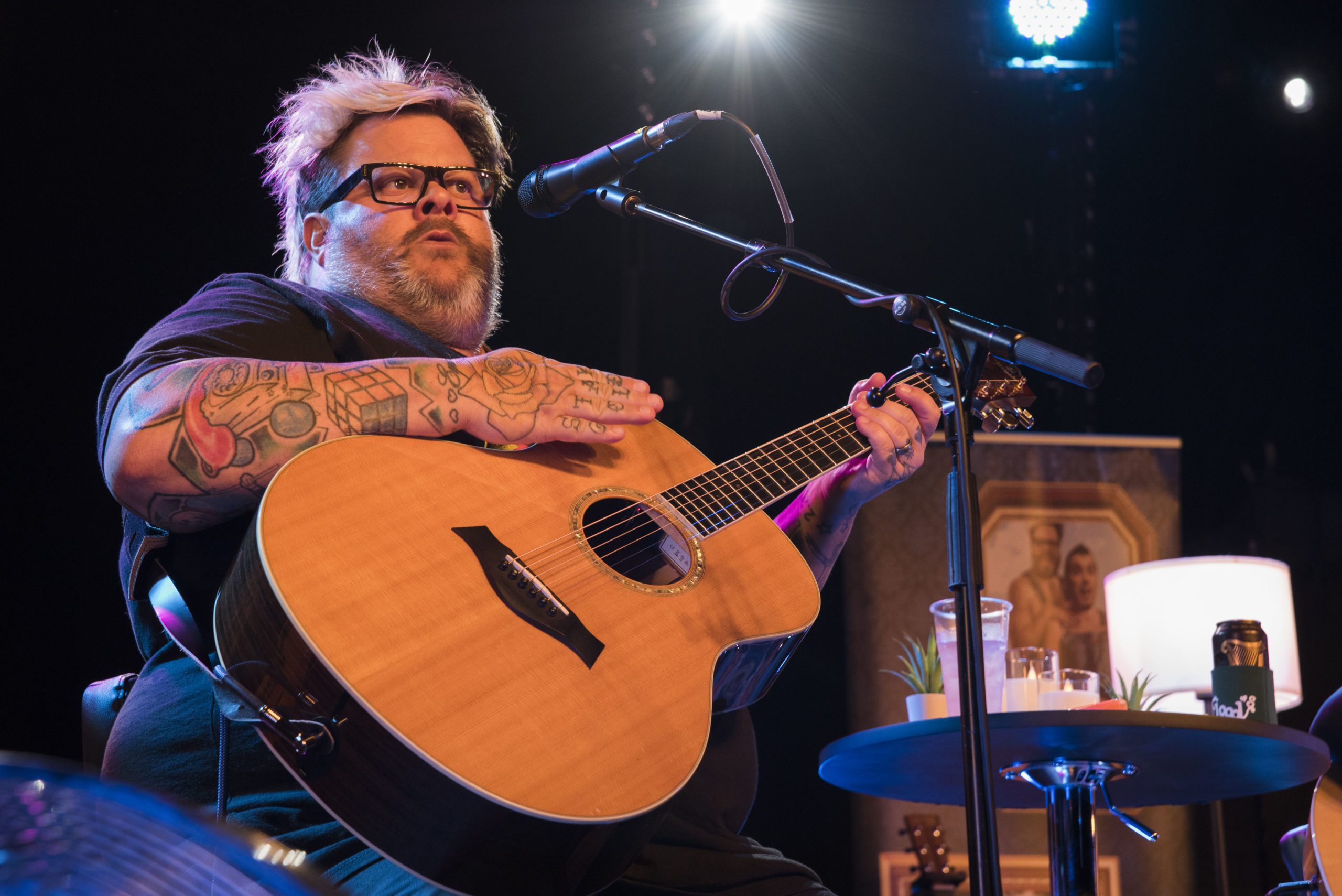 Monday evenings are usually fairly quiet but not for Cambridge. Bowling For Soups Jaret and Rob are at the Junction for a seated sing-a-long show with support acts Lacey and Tom Felicetti of Don’t Panic.

Walking into J1 was very different for the show as its the first time I had been in there for a seated event. There was something nice about it though so you could relax with your favourite drink and enjoy the music. On stage there were banners with edited family photos with Jaret and Robs faces on and a table and chairs.

First up are Josh, Dave and Graz from the UK Alt-rock band Lacey. The trio played a stripped back acoustic set and also mentioned its a sing-a-long show so played some well known clips from songs such as Im Not okay, Sugar Were Going Down, The Middle, Teenage Dirtbag and more. The band closed their set of their set with a song that the audience could sing to aswell The lyrics were ‘We’re still young just older now’.

After a short interval the two members of Bowling For Soup entered the stage and sat on their chairs with drinks on the table. Later on we found out that Jaret was drinking loads of vodka but not Russian as they Rush it which was one of his many jokes of the night. The first song was Trucker Hat which was taken well by the audience. During the evening there were facts about the band and jokes as well. Jaret mentioned that ‘The Bitch Song’ was written about an ex and that it saved the bands career. ‘Stacey’s Mum’ which was originally sung by Fountains Of Wayne also made them a lot of money as they covered it and everyone thought they were the original band to release the song.

Throughout the night one of the crew members named Daniel kept bringing out drinks for Jaret and Rob and got the hugest applause. The duo played many songs including the big hits. It was overall a great evening of live music from three fantastic acts and I would recommend seeing them all if you get a chance.

Bowling For Soup are due to {Jaret told us] play the UK again later this year on their next tour!!