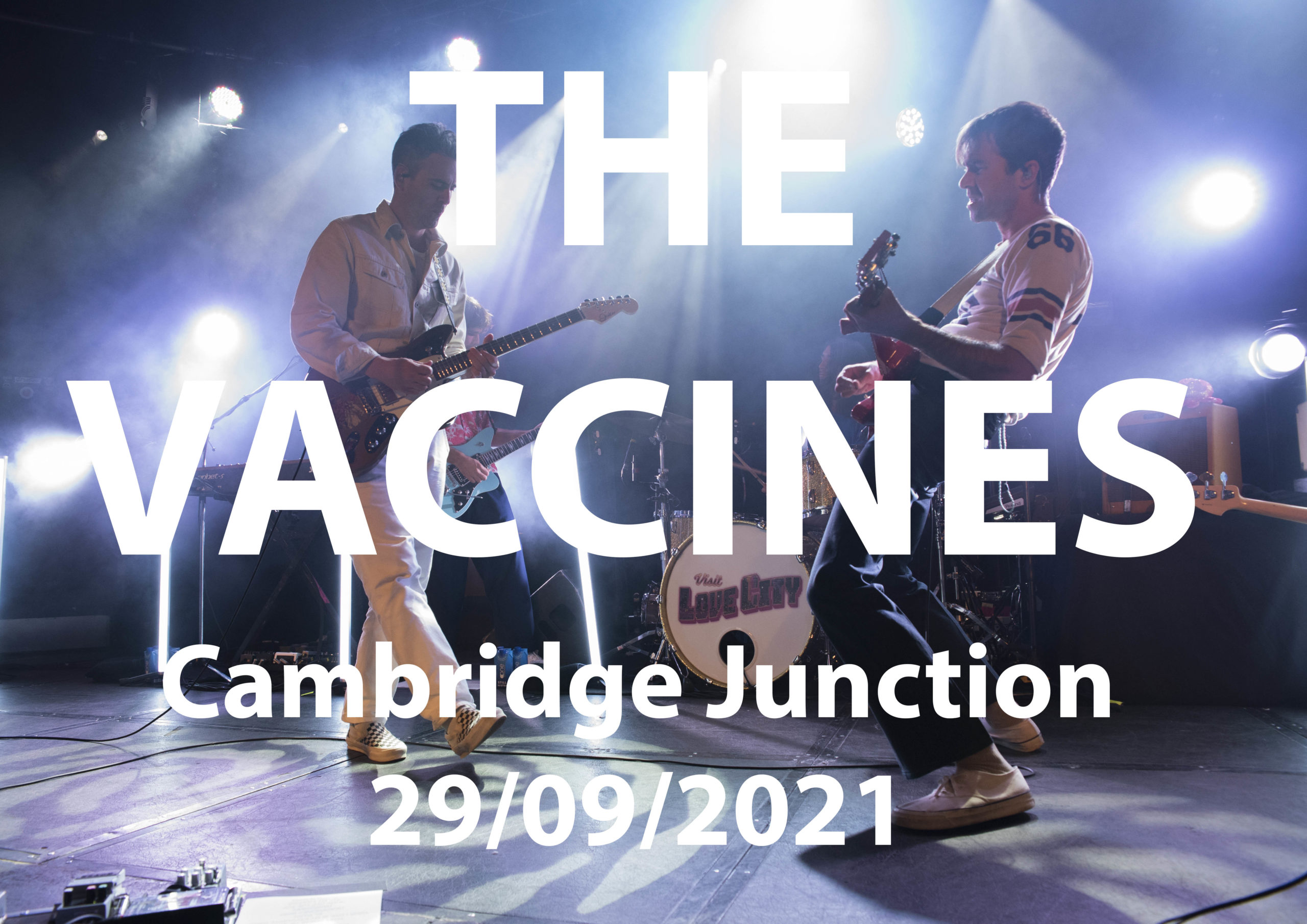 With the global pandemic bringing the music scene to a hault, this had prevented music venues from opening throughout the majority of 2020 and some of 2021. It made a huge impact on keeping the music scene alive for a lot of places. The National Lottery decided to bring out ‘Revive Live’, a boost for the entertainment industry to bring big bands and artists to play at smaller, grassroot venues in which all have started out at to become who they are today. Venues across the country have seen the likes of Sir Tom Jones, Rag n Bone Man, Twin Atlantic and many more.

For Cambridge Junction they have had a few of the artists playing there but Wednesday 29th September saw The Vaccines performing at the venue in J1. This show is a very intimate one as the band have just announced they are doing a tour next April which sees them playing places like Wembley Arena which is a lot bigger capacity.

Supporting The Vaccines were two piece Icelandic band called BSI. On drums and vocals is Silla Thorarensen and bass guitar and toe-synths is Julius Pollux Rothlaender. The duo play anti fascist punk music. What stood out for me with them was Silla’s microphone being an old telephone adapted into a microphone and Julius using his toes to play synth and on the neck of his bass was written ‘No Borders’.

Behind the band was a guitar case with BSI painted on it and then a little sign saying refugees welcome. The crowd seemed to enjoy the duo. They wrote their EP during the height of the pandemic and released it back in May. The tour was the first time they had played in the UK. It will be good to see the duo back in the UK again soon.

With a short interval the crowd are eager to see The Vaccines to perform. Around the stage is tall light sabre like lights scattered around the area. When the lights dim on comes the famous Pulp Fiction intro music by Dick Dale. First song to be performed is ‘Wanderlust’ which off their latest album ‘Back In Love City’. Frontman Justin is rocking the whole stage with his glaring eyes into the crowd and reaching out with his hands.

During the night there is new and old music including ‘Post Break Up Sex’, ‘Headphones Baby’ and ‘If You Wanna’. Justin mentioned that the band have not played the Junction since 2011 and the area had changed since then. Also he thanked BSI for supporting them on their tour.

Just before the encore the band perform ‘XCT’ which is apparently their favourite song to perform live in which I found out on a recent Instagram question time.

After the encore drummer Yoann Intonti comes on drumming the beat whilst the rest of the band set up and hit straight into Wreckin’ Bar (Ra Ra Ra). To finish the night was the performance of ‘All In White’. This will be a night that everyone will remember.