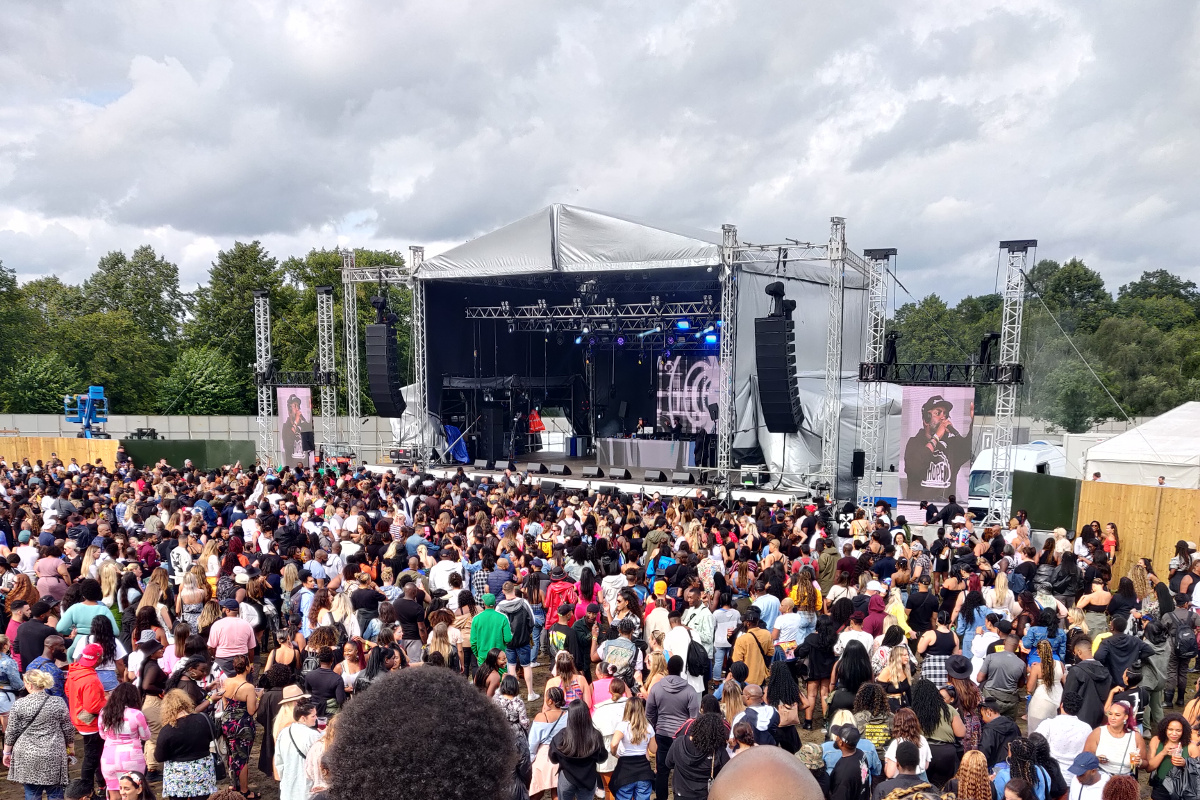 This weekend, in North London’s Trent Park was the scene of what was supposed to be a day of winding back the clock and enjoying some of the world’s finest RnB and HipHop musicians. The lineup read like a who’s who from back in the day; Fat Joe, Blackstreet, Mya, Horace Brown, Bobby V, Eve, Jon B, Tony Touch & Fatman Scoop were all set to perform at Metrofest.

With lockdown rules lifting across the country and various restrictions for international travel still in place, there was always a risk that an international artist may not make it into the country or fall ill and test positive for COVID. This is the risk one takes with organising a festival during these times. Did this have an impact on Metrofest? Read on and find out.

A few days out from the event, Eve cancelled citing ‘unforeseen circumstances’. Cancellations happen, it’s just a part of the industry. Other artists that travelled to London from USA had arrived days earlier and were quarantining in various hotels in London (as far as we know).

Fast forward to Sunday, the weather was holding out, the ground was soft and not too much of a mud fest and the crowd was building after the event opened 90 minutes later than it was supposed to, with very little warning to those already arriving on site at the original 11am opening time.

As I arrived mid afternoon, there was still a fairly sized line of people waiting to get in via the General Admission entrance. As I entered the festival grounds, Horace Brown hit the stage and belted out his big tracks like ‘One for the Money’ & ‘Things we do for Love’. Horace is pretty chill and was great live, his soulful voice played out over the sound system and pulled in a huge crowd. Next up was Mya, whom a good number in the crowd came to see.

We waited patiently for the transition but the minutes turned to hours and there was no sight of Mya, a DJ was playing music on the main stage trying to keep a nervous and anxious crowd entertained. During this time, there was no official message or comms from the organisers that anything was changing.

You could sense the frustration of the crowd, some who had travelled from various parts of the country, drove hundreds of miles, spent money on trains and accommodation to see their favourite old school artists. With just a DJ on the main stage for a large part of the afternoon, the noise from the restless crowd grew louder.

Eventually Fatman Scoop turned up and hit the stage to bring the crowd back to life as he got the crowd to join in on tracks like ‘Be Faithful’, before Jon B then arrived, almost 3 hours after he was scheduled to perform. Performing a short set full of classics including ‘Are U Still Down’, ‘Someone to Love’ & ‘Dont Talk’, he quickly left the stage before the nights headliner Fat Joe took over.

Walking out to his classic collaboration hit ‘New York’, the crowd piled into the main stage area to see the Brooklyn rapper in his first UK live event. Taking us through his hits from his vast back catalog, he played ‘Whats Luv’, ‘All the Way Up’, ‘Lean Back’ and this years big hit, ‘Sunshine’.

Cut short from what was supposed to be an hour’s performance, Fat Joe left the stage, only then for Bobby V to come out and perform. With a tight cut off time at 9pm, the Atlanta singer performed for less than 10 minutes before the sound cut his performance off and the crowds were informed to leave.

Meanwhile, as Fat Joe was performing, Blackstreet released a video on their Facebook page apologising to fans for not performing at Metrofest due to a number of organisational issues. You can see their video here:

After the event, social media was brimming with unhappy festival goers who felt cheated and wanted their refunds back due to a number of high profile artist no shows and their inability to cash out the remaining money from their wristbands. The cash out system started working after a day of technical glitches & three days after the event finished, Metrofest posted on their Instagram the following statement:

As a reviewer, I must be transparent and fair and my honest view of Metrofest is summarised here:

Do I hope that Metrofest will return again next year, absolutely. The idea of an old school RnB music festival has a wide appeal, but there are some fundamental things that need to be sorted before the organisers gain the trust back in those that attended!